High-level policymakers, experts and business leaders are gathering in Geneva next week for a World Climate Conference. Some wonder whether we need another climate conference. Others say you can’t have enough of them. 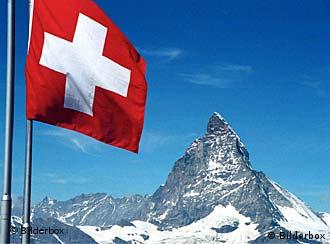 The third World Climate Conference will take place in Geneva

The term "world climate conference" causes most people to think of the top-level discussion rounds taking place around the world under the auspices of the United Nations Framework Convention on Climate Change (UNFCCC) to try to broker a post-Kyoto climate plan. Given all the media hype surrounding "Copenhagen 2009," the mistake is forgivable.

In fact the first two "World Climate Conferences" organized by the World Meteorological Organization (WMO), were held in 1979 and 1990 and played an important role in the creation of the UN climate secretariat, and in putting the subject of climate change onto the political, scientific and public agenda. That's history now, but the conference organizers do not feel their event has become redundant.

Just three months ahead of the key UNFCCC conference in Copenhagen, World Climate Conference 3 sees itself not as a rival or duplicate event, but an important complement and a bridge between climate issues at the international politics level and everyday life.

While negotiators the meeting in Copenhagen will try to haggle out the legal details and binding targets, the organizers of WCC say they want to take a practical approach, getting information on the effects of a changing climate across to the ordinary man or woman on the street - or in the fields, as the case may be. 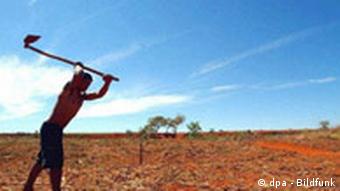 Adapting agriculture to changing weather will be part of the discussion

Dr Jose Romero from the Swiss Federal Office for the Environment is chairman of the conference's high-level subcommittee. In his view, the conference will help to establish a "global framework for climate services," practical assistance in adapting to a changing world.

Water, energy, agriculture, town planning - according to Romero, there is virtually no sector that does not stand to benefit from "better climate information for a better future," the motto of WCC-3. The meteorological services and environmental protection agencies around the world already have a wealth of climate data, and the capacity to provide good forecasts on different time scales.

The ambition of the conference, he said, "is to put all this knowledge into a global network and provide practical information and tools at a very local level, for the users."

Data on current trends and forecasts of likely changes both for a current season and for coming months, years, or decades, are essential to help people affected by changing weather patterns. Agriculture and food security are prime examples on the conference agenda. Preparation for dry periods, the use of different seeds, and the choice of different crops are all classical adaptation methods. But getting the message across to the farmers who need it at the right time is another matter.

The organizers say establishing a global network is one of the main aims of WCC-3. This would include the high-tech options available to the industrialized world, but also media such as radio to pass on locally relevant information in the developing world, for instance weather warnings, drought information or news of insect plagues that could endanger the harvest. 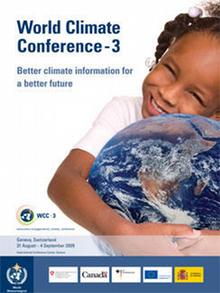 Some say more sets of talks are good for the planet

It's easy to be skeptical towards the idea of "yet another climate conference." But the one thousand participants heading for Geneva this weekend clearly share the organizers' view that this conference has its place in the mosaic of climate events taking place every day in some part of the world.

Many organizations involved with climate issues confirm the organizers' view of the Geneva event as an important complement to the UNFCCC negotiations, including Professor Gerd Tetzlaff, meteorologist at the University of Leipzig and the chief scientific advisor to the German disaster prevention agency DKKV.

In his view, WCC-3 plays a key role "because it's virtually the first time the climate experts will be meeting in a framework like this to discuss how you actually reach the relevant responsible parties to draw practical conclusions from the results of climate forecasts."

Dr. Walter Amman is President of the Global Risk Forum, an international organization based in Davos in Switzerland. He will be among the participants at what he also sees as a key event in the climate change debate. In his opinion, you cannot have enough discussions on climate issues at the moment - discussions he hopes will result in action.

"Every effort currently being undertaken is very valuable with a view to turning a global movement into the practical implementation of preventive measures and climate adaptation programs," he said.