Billions of dollars are being mobilized to help poor countries respond to climate change. A race is on for those who want a say in the finance. In an interview with DW, the World Bank defends its seat at the table. 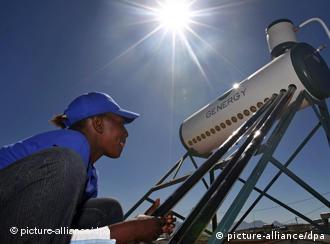 The World Bank's focus shifts to investments in renewables

Andrew Steer is the World Bank's special envoy for climate change. Although the Bank was initially set up to rebuild Europe in the wake of World War II, for most of its existence it's been associated with the campaign to end poverty. Today the Bank is undergoing another subtle shift in purpose. DW spoke to Andrew Steer about the Bank's suitability for promoting sustainable development.

Deutsche Welle: The World Bank came out of Cancun with a mandate to act as a guarantor for at least some the money needed to help developing countries respond to climate change. What does this role mean in practice? 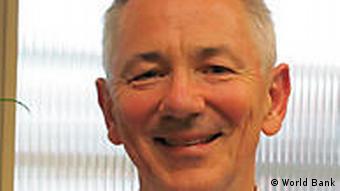 We are the trustee of the Climate Investment Funds (worth $6.4 billion). We make those funds available, and try to use those to lever additional funds, so for example those monies will actually lead to over 50 billion in new investments in clean technology and climate resilient development.

Now at Cancun, parties requested that the World Bank serve as the interim trustee of a new Green Fund. The Green Fund will be designed in the current year and so precisely how that fund will work is very much under discussion.

The World Bank's traditional mandate has been to tackle poverty, so it is in a fortuitous position to help developing countries embrace a path to growth that avoids the carbon intensive route taken to date…

This is an excellent point. Everybody agrees that the great progress that has been achieved over the past two or three decades could be seriously undermined by climate change. It is necessary that low and middle income countries follow paths that adapt to climate change, but they have also made clear that they want to be part of a solution. They want to follow a lower carbon path.

That doesn't mean they will grow more slowly. On the contrary. They need to expand electricity access even more rapidly – still 70 percent of Africa doesn't have access to electricity. The climate change agenda is not about doing less, it's about doing it differently. Today only two percent of carbon market money has gone to Africa. We think that needs to massively increase so that the poor will benefit.

However - although the Bank has been greatly expanding its investments in renewable energies, it still invests more in fossil fuel projects. Isn't this incongruous?

Our view is that countries have to decide their own development paths. It's not the job of any outsiders to impose development paths. What matters is that people have access to power and that businesses have sufficient energy to employ people. Just as rich countries continue to have a mix between conventional and renewable energy, so too do low income and middle income countries. Our job is to show the merits of newer technologies and support them as fully as we can. 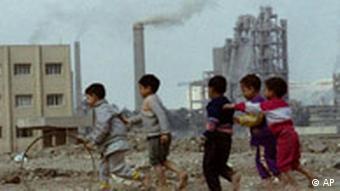 Yet in the last two years it's been expanding its share of fossil fuel investments. Couldn't it be directing more of these to renewable investments? Couldn't it simply phase out investments in coal-fired power plants in developing countries?

Well the World Bank isn't perfect but I would humbly suggest that the way we go about financing choices is about the most advanced in the world in terms of focusing on impacts on poor people. Now at the end of the day, countries need to grow. It is only economic growth what will create jobs. The question is: What kind of economic growth?

Our urgent desire is to create a kind of economic growth that's robust and sustainable and we will do all we can to make sure that that is low carbon. But what we're not doing is imposing a rigid formula on any country.

Doesn't the world need a bit of rigidity right now, though? Aren't the solutions for tackling climate change that urgent?

Oh that's exactly why we have the largest portfolio in climate change in the world. I mean, last year 90 percent of our countries, that's more than 130 countries, said to us: 'You can't do everything for us, but of the three or four things you can really help us on, we want climate change to be one of them.'

So, for example, in Cancun we launched a new partnership for market readiness. That's going to help countries adopt market-based solutions to climate change. So China is introducing cap and trade systems. So is Chile, so is Columbia, so is Indonesia, so is the Ukraine. That's the kind of thing we're doing. We've just increased our support for renewable energy by another 60 percent. We are way ahead of our targets. Absolutely the world needs some inspiration, some leadership. What it doesn't need is outsiders forcing a development path.

Does China really give more support to the developing world than the World Bank?

A new report in the Financial Times says that China has given more loans to developing nations than the World Bank in the past two years, another indication that China's influence on the world stage is growing. (19.01.2011)

Opinion: Are we asking the right questions when the talk turns to China?

In the last two years Chinese banks have allocated more loans to developing countries than the World Bank. Analyst Doris Fischer says the West must finally cope with China's growing influence in the developing world. (28.01.2011)

Major donors to the World Bank have called for changes to the way the institution is run if it wants a cash influx, saying it needs to use its resources more efficiently and give developing economies greater say. (05.10.2009)