With many expecting Belgium to finally fulfil their potential and seal a place in the last four, Wales produced a stunning performance to set up a semi-final with Cristiano Ronaldo's Portugal. 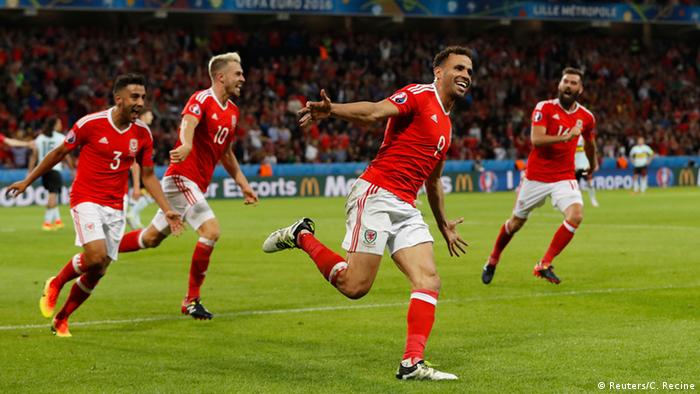 Wales reached the semi-finals of the European Championship for the first time with a stunning victory over Belgium.

Belgium’s coach Marc Wilmots came into this game against a buoyant Welsh side under some pressure for his team selection, and failing to extract the best from a golden generation of Belgian players.

Such doubts appeared to be unfounded as Belgium started the game very well, putting Wales under pressure early on, with captain Eden Hazard going close after a cluster of shots at Wayne Hennessey’s goal.

Belgium continued to exert their early dominance and scored the opener soon after, courtesy of one of the best strikes we’ve seen at Euro 2016, with midfielder Radja Nainggolan thrashing a stunning 25 yard drive beyond Hennessey, who was beaten by the sheer venom in the shot. 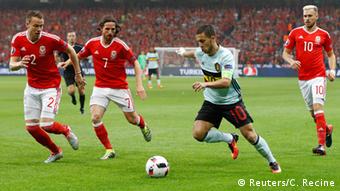 Wales, appearing in the first quarter-final at a major tournament since 1958, created little early on, but refused to be shaken by the early blow, and started to create chances of their own, with Belgium goalkeeper Thibaut Courtois forced into a key save from Neil Taylor, who was picked out by Aaron Ramsey.

That gave them confidence, and while Gareth Bale was largely kept quiet by the well organised Belgium defence, which was missing Jan Vertonghen to injury, Wales found their composure and their moment came on the half hour mark.

Losing his marker at Ramsey’s corner, captain Ashley Williams leapt high and powered a header beyond Courtois to level the score, cueing wild scenes of celebration among the Welsh players and fans.

Romelu Lukaku endured another frustrating evening in front of goal, but the Everton striker spurned a big chance to put Belgium’s noses in front early in the second half when he headed wide from close range, moments before Hazard flashed a shot a whisker wide of the far post. 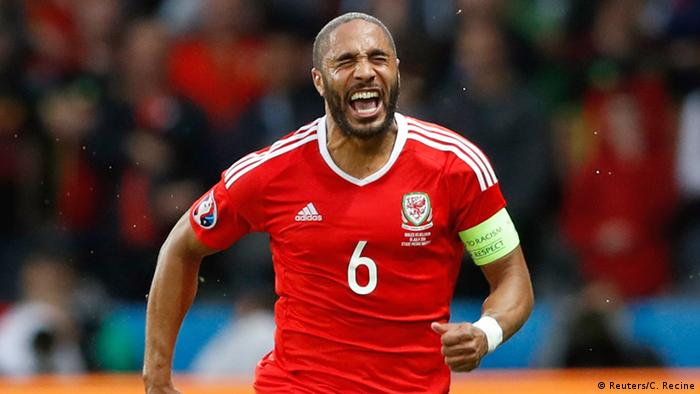 But once again, as the pendulum was seemingly swinging Belgium’s way, Wales struck again. Robson-Kanu created the goal from nothing, taking two Belgium defenders out of the game with a swift turn, and finishing calmly beyond Courtois.

Marouane Fellaini came off the bench to add some physicality to Belgium’s attacks, and the Manchester United player had a big chance with 15 minutes to go, but couldn’t keep his header on target.

Belgium threw everything at Wales as they grew increasingly desperate for an equalizer, but that played into Wales’ hands as they struck a third on the counter attack four minutes from time. Chris Gunter raced down the right and delivered a perfect cross for Ben Vokes, who nodded in the third.

The only sour point for Wales were the yellow cards for defender Ben Davies and key playmaker Aaron Ramsey, who will both miss the semi-final with Portugal.

The result will go down as arguably the greatest moment in Welsh football history, but it could yet get better for Chris Coleman’s dragons.

As it happened: Wales vs. Belgium

Wales have reached the semi-finals of a major tournament for the first time in their history. Relive the action from the first whistle to the last. (01.07.2016)