A woman is feared dead after being attacked by a crocodile in Australia. She had been taking a late-night swim in a national park known for its large crocodile population. 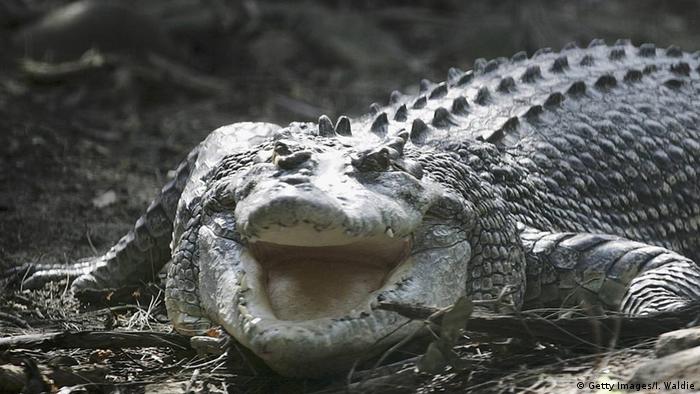 The 46-year- woman was reportedly on a stroll on Thornton Beach on Sunday evening in the far north of Queensland state when she decided to go for a swim with a friend in waist-deep water when she disappeared.

Reports are that she yelled "A croc's got me!" before disappearing.

"They felt a nudge and a large crocodile is alleged to have grabbed one of the ladies and pulled her into the water," Neil Noble, a supervisor for the Queensland state ambulance service, told reporters.

Local media reported that the friend struggled to pull the woman out of the crocodile's jaws. She was "very, very shaken and shocked," Senior Constable Russell Parker said, but appeared to have escaped with only grazes.

Police said the missing woman lived in Australia and has family in New Zealand. A search and rescue operation would continue on Tuesday, a spokesperson said.

The incident happened in an area popular with crocodile-spotting tours and there are many warning signs, Warren Entsch, member of parliament (MP) for the area, said. "You can't legislate against human stupidity," Entsch told reporters. "This is a tragedy but it was avoidable."

A rescue helicopter has been sent up with thermal imaging equipment, but was unable to find her.

Crocodiles are common in Australia's tropical north and kill an average of two people each year.

A giant crocodile known as Big Jim took local postal worker Beryl Wruck in 1985 when she was taking a late-night swim about an hour's drive from Thornton Beach.

Crocodile numbers have increased since the introduction of protection laws in 1971, with estimates putting the Northern Territory's population in the wild at about 100,000.

The Australian government rejected the idea of crocodile safari hunts in 2014, saying there was a danger of "cruel and inhumane" behavior.