Ester Ledecka has made history as the first woman to win gold medals in two different sports at the Olympics. Ledecka won gold in the snowboarding parallel giant slalom to add to her super-G title in alpine skiing. 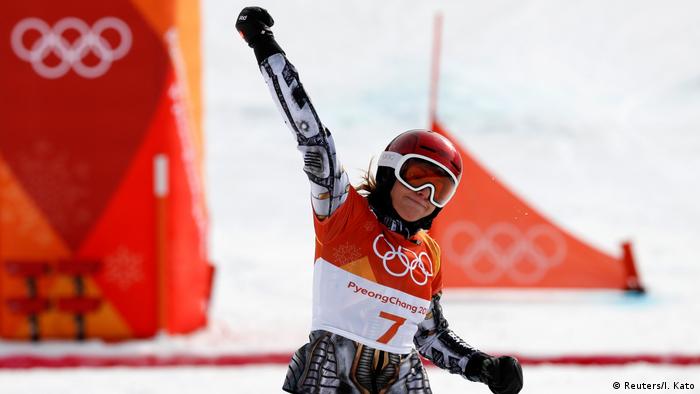 One of the best things about the Winter Olympics is always the unlikely stories that are written. On Saturday, the Czech Republic's Ester Ledecka provided one of the stories of the Pyeongchang Games by romping to gold in the snowboarding parallel giant slalom. This, coupled with the gold she had already won in the super-G in alpine skiing made her the first female to win gold in two different sports at the winter Olympic Games and just the fifth athlete overall to do so.

"It was quite tough to change myself back into a snowboarder," said Ledecka after her triumph. "But today suddenly the snowboarder girl showed up and I was just riding with confidence and enjoying the race…Today was something very special - I'll think about this moment until the end of my life."

"Today is a big day for snowboarding," concluded Ledecka, who also readily admitted to having two personas; "Ester the skier" and "Ester the snowboarder."

A week after stunning upset

This Saturday's win came almost a week after Ledecka stunned a strong field including defending champion Anna Veith and American Lindsey Vonn to win the super-G, which already made her one of the big stories of these Games.

Ledecka never looked threatened in a giant parallel slalom competition she had been expected to dominate, beginning the day by overpowering 2014 gold medallist Patrizia Kummer to avenge her loss to the Swiss in he Sochi quarterfinals.

The Czech then blew away Austrian Daniela Ulbing, while Ramona Hofmeister was no match in the semifinal, wiping out as she tried in vain to catch Ledecka. Hofmeister had to settle for the bronze medal.

"In the skiing I really didn't believe what happened," replied Ledecka when asked which of her two gold medals was more special. "My plan is to stay with my heart so for now I think I'll continue to do both because I love both."

With Saturday's gold, Ledecak joined Norwegians Thorleif Haug and Johan Groettumsbraten as the only athletes to do a multi-sport double in the same Olympic Games. Haug did the cross-country and Nordic combined double at the 1924 Olympics and Groettumsbraten won the same events at the 1928 Games.

Two other athletes have won multi-sport gold medals at the Winter Olympics -- Finland's Heikki Hasu won the Nordic combined title in 1948 and cross country four years later, while Russian Anfisa Reztsova took cross-country gold in 1988 and biathlon titles in 1992 and 1994.