Japanese short-track speedskater Kei Saito has tested positive for a banned diuretic. This is the first case of doping at the the 2018 Pyeongchang Winter Olympic Games. 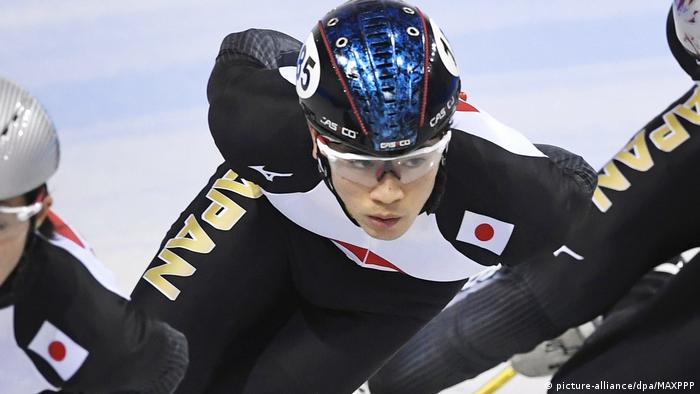 Kei Saito, a reserve on Japan's 5,000-meter short-track speedskating relay team, tested positive for acetazolamide, which can be used to treat conditions such as altitude sickness but can also be used as a masking agent to cover up the use of other banned substances.

A statement released by The Court of Arbitration for Sport on Tuesday said that the speedskater had "accepted on a voluntary basis to be provisionally suspended and to leave the Olympic Village."

Saito had not taken part in any event before the test result from a precompetition sample was confirmed. The CAS said its judging panel handling Olympic doping cases would issue a final verdict after the games are over.

The Japanese Olympic Committee said Saito was tested after training on February 4, just before he went to bed in the athletes village.

The 21-year-old released a statement in which he denied intentionally using a banned substance and saying that he was "extremely shocked" by the positive results.

Japan's chef de mission, Yasuo Saito, said the Japanese Olympic Committee would work to help the skater clear his name after the Pyeongyang Games have wrapped up.