Besides being a world-famous director, Wim Wenders is a photographer and professor. He met with DW-WORLD to discuss, among other things, a revolution in filmmaking, recent and upcoming projects and American politics. 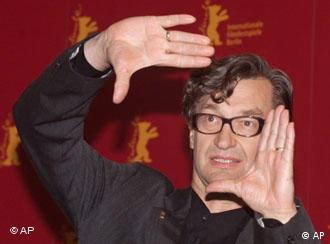 This spring, Wim Wenders will stand behind the camera as he shoots his next film

Wim Wenders never has much time, and at the moment the time he does have is particularly valuable.

Sound technicians in Los Angeles are waiting on him to start mixing his latest movie soundtrack. But they’re going to have wait a while longer, since the editing isn’t done yet and that takes priority. At the same time, Wenders has to write up the conceptual plan for the newly established chair of “Visuals Science” at the Academy of Fine Arts in Hamburg. The people in Hamburg are just as anxious for a bit of Wenders’ time as those in Los Angeles are. 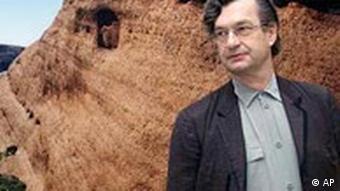 The director is still in Berlin, in the capital city's hip Mitte neighborhood to be exact. He calls this central Berlin district his home for half of the year, the other half he spends in Los Angeles. Although he was born in the city of Düsseldorf, Berlin remains his true love. “If I feel at home anywhere, it’s in Berlin,” he says, even though Hamburg is the city that makes the most demands on his time these days. Not long ago he joined the “Reverse Angle” production company which has its headquarters there. Next semester he’ll become a professor at the Academy of Fine Arts. How did that happen? Right then his mobile phone rings. “Just like that,” he laughs and answers the call. It’s his wife calling from Tokyo. She’s a painter and is having her first exhibition.

A Professor in Revolutionary Times

According to Wenders, the transition from analog to digital production techniques is just as much a revolutionary event in the world of cinema as the introduction of talking pictures. Digital technology is cinema’s “big chance,” he says, and for up-and-coming directors, a fantastic opportunity. Finally, he said, films can be produced without huge financial constraints. The fact that one can again see independent, director-driven films and documentaries in cinemas at all, he says, is due to these new digital technologies. That goes for films about music as well. 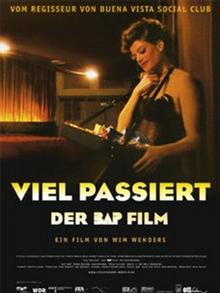 Music has been the topic of Wenders’ last three films. The hugely successful cinematic tribute to the aging musicians of Cuba’s Buena Vista Social Club was followed by a film about the somewhat younger music-makers of BAP, a band from Cologne (photo). That film, however, was a flop, drawing just 30,000 people to the theatres. But Wenders takes the ups and downs in stride.

Now those sound technicians in Los Angeles are waiting for the director to guide them in mixing his most recent music-related endeavor. Again, it deals with men advanced in years, but this time they’re playing the blues. This Wenders homage to two blues legends, Skip James and J.P. Lenoir, will be called “Devil Got My Woman” and should be ready…at some point. 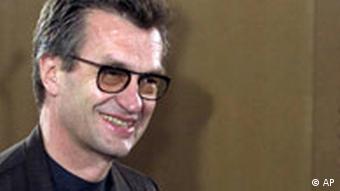 The next project is already lined up. This time Wenders is taking a break from music and directing a feature film. He wrote the script to “Don’t Come Knocking” with American playwright Sam Shepard and production is slated to begin in the spring. The film will shot in Wenders’ favorite American landscapes, the western states of Arizona, Nevada and Montana. It’s going to be another road move, but a “family road farce” this time, he says.

The director looks forward to being back in the United States. Not long ago, he had a satellite dish installed on his roof so that he could watch German soccer. “And only for that one reason,” he insists. He says he enjoys living in the US, although he calls the 2000 election that Bush eventually won a “distressing” event. Yes, he had counted on something like that happening and he said the return of a new McCarthy Era is a real possibility. Still, he doesn’t want to the leave the US again, like he did when Ronald Reagan was elected. The “petty nationalism” that has reared its head since September 11th will pass, he says.

No Mincing of Words

Wim Wenders doesn’t limit himself to the world of purely aesthetic concerns and isn’t one to shy away from politics, especially when decisions are made that he feels are wrong.

In the sphere for foreign affairs, for example, he wants to see Europe come up with a clear position regarding Israel. Domestically, he has spoken out for greater transparency in the German political party system.

Time is precious for Wim Wenders, Still, he likes to chat, about just about anything—about how painful it is that his soccer team Fortuna Düsseldorf is doing so badly, about how much he liked the film “Halbe Treppe,” about what kind of advice Dennis Hopper once gave him regarding interviews. Wim Wenders is simply a good storyteller, in life as well as in celluloid.