Will Turkish workers solve Germany′s problem of flight delays and cancellations? | Germany | News and in-depth reporting from Berlin and beyond | DW | 03.07.2022 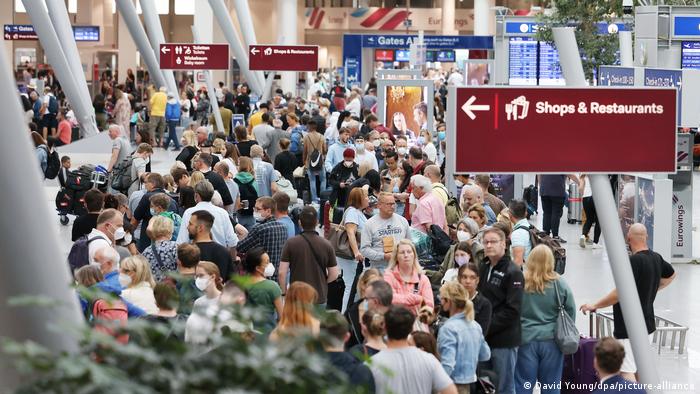 Crowds of holidaymakers wait in line at German airports these days, like here in Düsseldorf.

Germany has faced serious labor shortages in a range of sectors. That is hardly news. Most recently, however, German airports have been affected, too. After two years of travel restrictions due to the coronavirus pandemic, many people in Germany are now eager to go on holiday. Yet once holidaymakers reach airports, they are all too often confronted with long queues, delayed or even cancelled flights — all because of staff shortages.

Given this tense situation, German airports are thinking about recruiting Turkish workers to help out. There are plans to temporarily hire some 2,000 people, chiefly for baggage handling. None of these foreigners would, however, be permitted to help screen passengers as they pass security. And that's the sector in which staff have been especially hard to come by.

German Interior Minister Nancy Faeser on Wednesday said the government will support the aviation industry in these tough times.

"We are providing short-term relief, allowing companies to use foreign workers, mainly from Turkey," she said during a press conference. "We will quickly issue residency and work permits."

At the same time, Faeser said, foreign workers must pass the same demanding background checks as everyone else.

This was confirmed by the German Aviation Association (BDL), which told DW German authorities should speed up checks for potential staff from countries that aren't EU members so they can be employed if and when needed this summer. BDL spokeswoman Julia Fohmann told DW that screenings should be completed in two to four weeks, rather than "two to three months," as is the norm.

The workers so highly sought-after by Germany are also desperately needed at Turkish airports ― in particular, as German Interior Minister Faeser says, those with knowledge of and "experience in aviation and ground handling at Turkish airports." 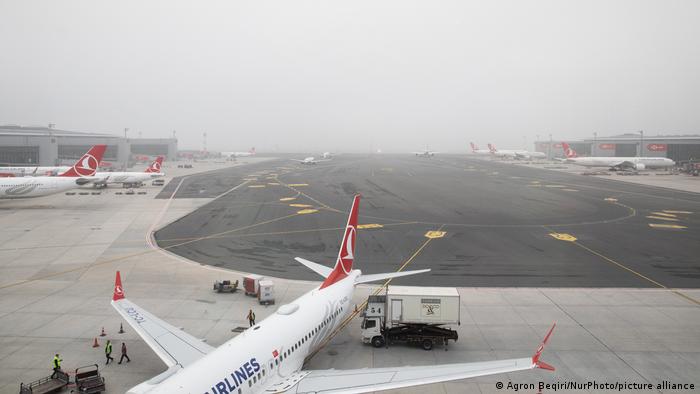 Tourism is a key pillar of the Turkish economy. As such, expectations are up after two years of coronavirus pandemic, says Eser. He says Turkey would face serious challenges if skilled workers were to leave for Germany.

In any case, Germany's idea to hire Turkish workers has sparked broad media coverage in Turkey. Many publications have run headlines announcing Germany is set to hire Turkish laborers and plans to pay handsomely. Some reports have claimed workers will receive €4,000 ($4,170) a month, while others have said as much as €6,000 ($6,250) can be expected.

These early reports left many Turks ecstatic, says Emre Eser. "Many workers thought they can move to Germany and stay there, living there permanently, or for a long time, at least."

But as time passed, and more details of the recruitment drive became clear, this euphoria vanished. Germany wants to hire Turkish workers on a short-term basis only. In fact, the German Airports Association (ADV) wants to employ Turkish workers for no more three months.

The current situation reminds many of the German-Turkish recruitment agreement of 1961. Then, like now, Germany was keen to make up for acute labor shortages by temporarily hiring Turkish workers.

The deal saw scores of Turkish workers and their families relocate to Germany, where they greatly contributed to the country's post-war boom.

Many Turkish media outlets covering the latest recruitment drive have drawn parallels to the historic deal. 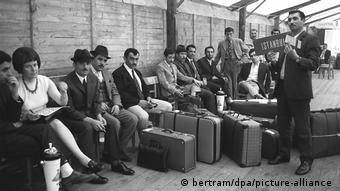 In the 1960s, Turkish workers came to Germany to fill the demand for cheap labor.

So can one expect Germany's new recruitment drive will be broadened to encompass other sectors as well? The official answer is no. In a joint press conference, Germany's Transport Minister Volker Wissing, Labor Minister Hubertus Heil and Interior Minister Faeser stressed the hiring drive will remain a temporary measure only. Heil said it would not cause "permanent immigration into Germany."

Yunus Ulusoy, a scholar at Essen's Center for Turkish Studies and Integration Research, says comparing the 1961 deal and today's recruitment drive is not helpful. That is because the circumstances are very different.

"Back then, Germany needed skilled workers but was not in a position to invite them [into the country], which is why bilateral agreements were made; today, Germany has a legal framework in place to attract skilled workers from all over the world," says Ulusoy. In 2021, German President Steinmeier talked to workers on the 60th anniversary of the German-Turkish recruitment agreement.

And yet, Ulusoy does see certain similarities between then and now. Back in the 1960s, "Turkey was regarded as a stopgap solution: It would send thousands of workers to Germany for a limited time. There were no plans for them to be reunited with their families," says Ulusoy. "But the workers proved their mettle, and German employers did not want to let them go."

In light of the latest labor shortages, Germany's aviation industry hopes authorities will soon ease restrictions for foreign workers wishing to come to the country. "For years, we — in conjunction with the German economy — have been calling for labor migration rules to be simplified in Germany," BDL spokeswoman Fohmann told DW.

Then, like today, German recruitment drives are fueling the hopes of many Turkish people. After all, Turkey finds itself mired in an economic crisis and faces rampant inflation.

As staff shortages continue to cause long delays in airports around Europe, Germany is looking for solutions to help it get through the summer travel season.