Will the Real Heart of Europe Please Stand Up?

From Austria to Ukraine, more than a few countries have proudly anointed themselves the provider of lifeblood for the European continent. Will the real Heart of Europe please stand up? 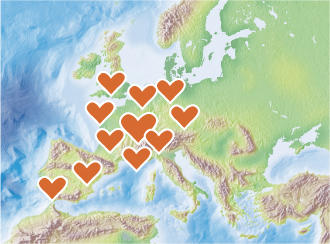 Geographically, the continent of Europe blends into Asia with no obvious border. That peculiarity allows countries across Europe to claim that they are its heart -- often on very different grounds.

Slovakia is one of the more recent countries to lay claim to the title. Dozens of websites refer to the EU newcomer as the "heart of Europe," and many geographers argue that it lies exactly midway between Europe's extremes.

Serious academic attention was even devoted to the matter in a paper published by the chief research fellow at the Institute for Sociology of the Slovak Academy of Science, Ladislav Machacek, in 2003.

According to Machacek, the country's location "evokes in the Slovaks exalted emotions that they are anchored in the very heart of Europe." 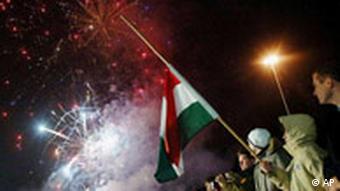 Prague and Budapest extend their self-promotion as the Heart of Europe on cultural grounds as well. And British historian Norman Davies famously called his history of Poland "Heart of Europe" when he published it in 1984.

In 2006, travel writer and historian Bart Nabrdalik wrote that Vienna deserves to be seen as the "true heart of Europe." Viennese residents' "soft, melodious German has a touch of Italian charm, French joie de vivre and especially a sprinkle of Slavic sentimentality and melancholy," he wrote as justification.

But lately, the central Europeans have faced a challenge from the shores of the Baltic Sea. In 2000, experts from the French National Geographic Institute calculated that the center of Europe lies in Lithuania.

The announcement led to a surge of Lithuanian claims that their country is the continent's power organ. But it also provoked renewed counter-claims from neighbors Poland and even Belarus.

In April, 2005 Ukrainian President Viktor Yushchenko proclaimed: "Ukraine is the heart of Europe. Tell me, please, how can Europe live without its heart?" 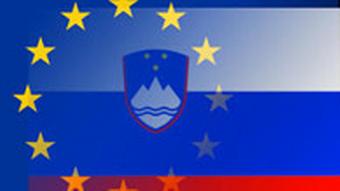 Slovenia -- the next heart?

That may have been rhetorical, but it may be the key to understanding why so many European countries want to be seen as Europe's beating center. The one thing which almost all those who make the claim have in common is that they were dominated, and in some cases ruled directly, by Moscow until the collapse of the USSR.

That domination has left them with a deep-seated urge to prove that they are "real Europeans," rightful members of the Western club.

Thus Poles and Lithuanians are adamant that they come from central, not eastern Europe. Estonians insist that they are Nordic, and Czechs point out that their capital is further west than Vienna.

And Yushchenko is struggling to move his country closer to Europe at a time when many opponents say that Ukraine, as the birthplace of Russian civilization, should rather be turning East.

Cynics might argue that a claim to be Europe's heart says far more about a country's own feelings than it does about Europe's. And as more ever more countries line up to make the claim (Slovenia annointed itself the Heart of Europe in January,) it is worth asking whether their enthusiasm says more about Europe's enduring strength -- or their own underlying uncertainty.

Europe hasn't really made a mark in the public consciousness. Without new ideas and their effective communication nothing will change, says German journalism professor Gerd Kopper in an exclusive essay for DW-WORLD.DE. (29.07.2008)

The nation-state has had its day, writes political scientist Winfried Boettcher. He calls instead for a Europe built along regional lines that would help meet people's cultural and economic needs. (31.07.2008)