EU Should Become Union of European Regions, Expert Says | Europe| News and current affairs from around the continent | DW | 31.07.2008

The nation-state has had its day, writes political scientist Winfried Boettcher. He calls instead for a Europe built along regional lines that would help meet people's cultural and economic needs. 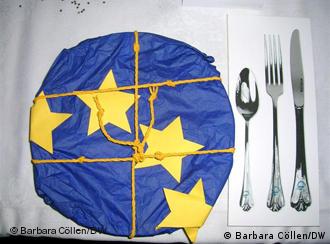 Will people get a taste for a Europe of the regions?

Winfried Böttcher is an emeritus professor of politics at the RWTH Aachen University, specializing in European politics. He is particularly interested in the concept of a federal Europe.

The approach towards unifying Europe has not changed since the founding of the Coal and Steel Community over 50 years ago. The absence of long-term goals means that cooperation continues to function on a trial-and-error basis. Varying interests, needs, functions and tasks continue to search for adequate organizational forms.

The talk is still about moving towards the ever closer integration of the peoples of Europe. Even today, no one can bring themselves to say that Europe is amalgamating. People approach Europe pragmatically without knowing what form it should ultimately assume. No one asks how we would like to live in Europe in the future. The nation-states, as the enablers of so-called European integration, prefer this functionalist method if only because it secures them the largest entitlements in terms of sovereignty.

The future is federal 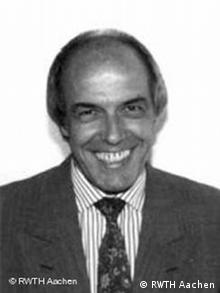 By contrast, I believe that Europe will only have a future if a federal concept places the normative question at the center of the debate. Unlike the existing functionalist concept, this idea is based on a clear integration approach. According to Johan Galtung, this is a process in which two or more political protagonists come together to form a new protagonist. Correspondingly, Europe could be united politically, judicially, economically and socially, while preserving its cultural plurality.

This is conditional upon the relinquishing of national, power-oriented sovereignty and submitting to a common will. The nation-state has fulfilled its historical function. Nowadays, it is one of the major troublemakers in the European integration process. The theory of sovereignty -- which is connected to state and the good of the state and which separates politics and morality and gives absolute primacy to the goals of the state -- is no longer viable. The citizen is the central democratic figure in our counter model, which is based on a concept of a Europe of the regions. 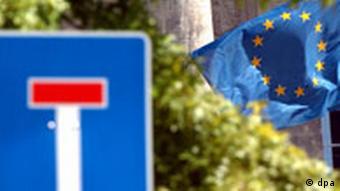 Regionalism could offer a way out of the current impasse

Humans, as supranational beings, are politically active in their own regions where they are directly affected by political decisions. Regional society, in the form of civil society, is responsible for making decisions that are politically necessary. In the ideal scenario, every single inhabitant of a region is also an active politician, albeit on various levels.

The theoretical superstructure of a Europe of regions is manifested in the principle of reason of region, as a kind of socialized reason of state. The reason of region means that a region determines its goals according to its own rules, on the basis of the structural principle of "subsidiarity" on a sub-national level, i.e. within the framework of a constitutional, federal European structure. Each region lives according to its own "reason," deploying its own endogenous potential and taking into account its chief particularities in cultural, social and, to a large extent, political autonomy and self-realization.

Regionalism and subsidiarity are inherently interdependent. However, in our understanding of subsidiarity we go far beyond what is stated in article five of the Treaty of Amsterdam. We define subsidiarity as "actively supporting a nation-state or the European Union, to develop local and regional subsystems so that democratic participation is improved, even if this means accepting a loss of power at the other levels." 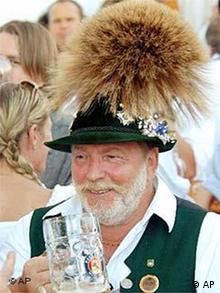 Regional peculiarities will be championed in a federal Europe

If the principle of subsidiarity is understood in this way, it supports and strengthens an autonomous, lively regionalism. By this, we understand something that is close to people's everyday lives and is able to solve the problems that arise, if possible with the united and democratic participation of everyone involved. The attempt to build a Europe imposed from above is susceptible to crisis. As the EU continues to expand, it will become increasingly vulnerable. Europe's chances come from below, if it helps to meet people's educational, cultural, leisure and welfare needs and if "normal" employees get the feeling that they would be worse off without the European Union.

To sum up: the future of the European Union can only survive both domestically and internationally, if the bloc develops a constitution that aims to set up a regional, federal system. The structural principle of subsidiarity will break open encrusted power structures and lead to an efficient overhaul of existing power structures. The focus will be on living democracy. It will be tangible and close to the people. As a result, it will be possible to develop adequate strategies for shaping our own European future and lending a European dimension to the future shape of the world.

Trade union critics say that the social market economy is not working so well anymore for Germany. Older generations nostalgic for the D-mark that marked the post-war economic boom, blame the Euro for inflation. (20.06.2008)

Basques Hope for Change Despite Setbacks

Statehood remains an elusive goal for Basque nationalists. Yet there's continued hope that they can follow the example of other European countries and find a peaceful resolution to their ongoing conflict with Spain. (01.02.2008)

Wednesday, Sept. 26, marks European Day of Languages. DW-WORLD.DE spoke with linguistics professor Wolfgang Schulze about the difference between a language and a dialect and the reasons why many tongues die out. (26.09.2007)