Will Thailand's new king be a unifying figure?

Thailand's military government has named Crown Prince Vajiralongkorn as the new king. The controversial prince is taking the throne during a political crisis and it is unlikely that he will provide any solutions. 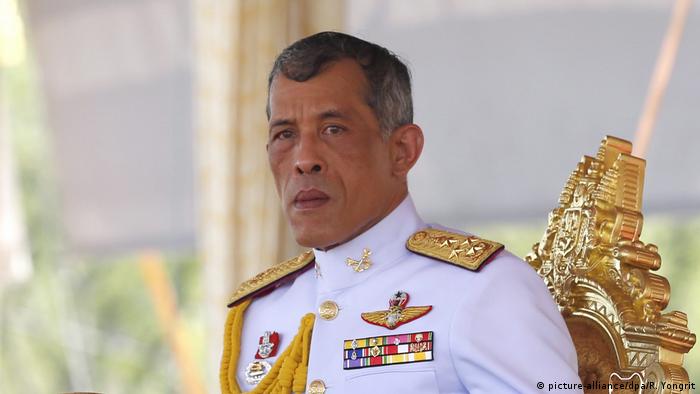 Weeks after the passing away of Thailand's beloved King Bhumibol Adulyadej, his only son Maha Vajiralongkorn is all set to ascend the throne to become the country's new monarch.

Vajiralongkorn was anointed heir to the throne by his father in 1972, but after Bhumibol's death, the crown prince said he would need time to mourn and thus postponed his coronation.

This led to speculation in some quarters that former prime minister and head of the Privy Council, Prem Tinsulanonda, who is currently serving as regent, wanted to prevent Vajiralongkorn from becoming king.

The move had been widely anticipated following Prime Minister Prayuth Chan-ocha's statement on Friday that he would chair a cabinet meeting on November 29, followed by a gathering of the NLA. "Everything is stable. And in a short time, we shall have a new King," noted Prayuth, who heads the country's ruling military junta.

The coronation, however, will only take place at the end of 2017, after the end of the one-year mourning period following Bhumibol's death.

A bon vivant with a dubious reputation

The 64-year-old new king is in many respects the exact opposite of his father, who was regarded as a duty-conscious person dedicated to the well-being of his people. At least that was the image of Bhumibol the royal household propagated for decades, with the help of the media and a rigid lèse-majesté law, which bars any criticism of members of the royal family and threatens any violation with years in jail.

But inspite of the law, Vajiralongkorn's vivacious lifestyle and explosive temper have drawn attention both at home and abroad. He is considered to be arrogant, spoiled, eccentric and a womanizer.

He has been married thrice, fathered seven children, and is currently living with a former flight attendant, who resides in the German city of Munich.

Thailand's cabinet has acknowledged the appointment of Crown Prince Maha Vajiralongkorn to succeed his late father as the new king. He has been formally invited by the president of the parliament to ascend to the throne. (29.11.2016)

Thailand bullish on tourism after muted month for king's death

Tourist arrivals have not been hit by a strict mourning period for late King Bhumibol Adulyadej, authorities said Monday, as curbs on entertainment and celebration imposed since his death one month ago were eased. (14.11.2016)

Thousands of Thais have streamed through the gates of Bangkok's Grand Palace courtesy of free government-provided transport. The public was granted its first chance to view King Bhumibol Adulyadej lying in state. (29.10.2016)

Thailand is seeking global cooperation in hunting down those accused of insulting the monarchy. Interpol warrants for 19 suspects in seven countries have been issued though there's no guarantee countries would extradite. (27.10.2016)

Vajiralongkorn's first marriage to his cousin, forced on him by his parents, broke apart after just one year. The second marriage to an actress had lasted almost a quarter of a century, before he married a commoner in 2001. And the third marriage ended up in a divorce in 2014.

The new king is believed to want to groom his youngest son from the third marriage as his successor. That's why the other sons from the annulled second marriage have been forced out of the royal family.

But it's not just the turbulent private life of the new king that's troubling. His eccentricity, too, is disconcerting. One example of this wayward behavior was reflected in the monarch's deep fondness for his pet white poodle, named Foo Foo, which accompanied him on all his trips until its death. The bizarreness was exemplified by it being conferred the rank of Air Chief Marshall. And upon its death, Vajiralongkorn ordered the poodle to be buried in accordance with Buddhist tradition.

Vajiralongkorn studied at private schools in Britain and Australia. And after graduation, he started a career in the military. The new king worked as a fighter pilot and holds ranks of a general of the Royal Thai Army as well as the Air Force and an admiral of the Navy. But in recent years, his duties have been largely ceremonial in nature.

He is politically considered to be a hothead. Journalist Paul Handley's unauthorized biography of King Bhumibol, titled "The king who never smiles," narrates an episode from 1996. At the time, the crown prince used a fighter jet to block a plane carrying the Japanese prime minister on the tarmac in Bangkok. The act was supposedly a tit-for-tat response, since the crown prince had previously felt badly treated in Japan. It's an episode that reflects poorly on Vajiralongkorn's temper and his ability to rule.

The crown prince's relationship to businessman and former Prime Minister Thaksin Shinwatra also remains unclear. Thaksin's sister Yingluck was forced from office after a coup in 2014.  In 2002, the publication Far Eastern Economic Review reported that there was a potential business relationship between Thaksin and the prince.

The edition was quickly banned in Thailand. In 2010, Wikileaks released remarks from the Foreign Ministry of Singapore that suggested Thaksin had paid the crown prince's gambling debts. This was a scandal, as Thaksin is considered by some sections of Thai society to be a serious threat to the monarchy.

It's unclear what role the new king will play in a military-dominated Thailand and its deeply-polarized society, which has regularly experienced political upheaval, military coups and new constitutions.

The former King Bhumibol was widely regarded as a unifying figure that could bridge political and societal divisions. He also wielded tremendous influence, famously calling Thailand's then military ruler and the opposition leader to his palace in 1992, humiliating them on television and ordering them to stop the violence that had plagued the country.

Although this failed to resolve the deep political differences among the various factions, it nevertheless put an end to the violent demonstrations.

But there's little confidence that the King Vajiralongkorn will command the same kind of influence and play the same role as his revered father. It's therefore likely that the Thai military will tighten its hold on power, turning the monarch into a symbol of unity and a purely ceremonial figure.

Thailand's beloved monarch Bhumibol Adulyadej has passed away, leaving the nation in a state of utter grief. For over seven decades, he was seen as a unifying figure in the country. It's unclear what happens next. (13.10.2016)