The prestigious international contemporary art show, Documenta 14, opens in a few weeks in Athens - yet no one seems to know about it. Can it still expect to help the local art scene? 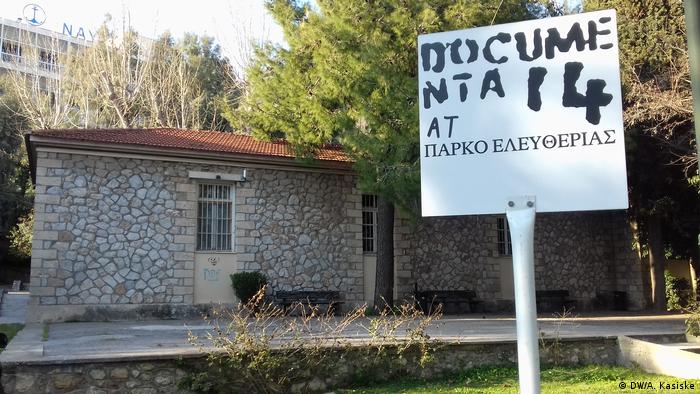 It's a sensation. The Documenta will be held outside of Kassel for the first time since it first started in 1955. Held every five years, one of the world's most important contemporary art exhibitions will take place this time in both its traditional German home and in the Greek capital.

There's not much hype surrounding the event in Athens yet. Less than a month before its opening on April 8, there aren't any posters promoting it in the city. Until last week, even the central exhibition space, the National Museum of Contemporary Art, Athens (EMST) was still only advertising its last collaborative exhibition with Antwerp.

This is about to change. Just a few days ago, Kassel publicized how its collaboration with the EMST would unfold. The Athens collection of Greek and international art, which could only be shown partially in the poorly funded museum, will be sent to Kassel for an exhibition. That's also an outstanding event. 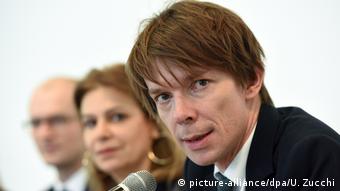 In exchange, the Documenta artists will be moving into the emptied buildings of the former Fix brewery in Athens. Which ones? The artistic director of the Documenta, Adam Szymczyk, hasn't revealed any names yet.

"Documenta? Never heard of it," answered all the city's taxi drivers asked about the upcoming event. They were nevertheless happy to hear that international art tourists would soon be boosting their income.

For months, the Athens Municipality Arts Center at Parko Elftherias has been hosting programs such as "Parliament of Bodies," with performances and several discussions a week about questions like public space, artistic self-organization, gender debates and the impact of global capitalism and colonialism. The public broadcaster ERT is also airing special programs daily at midnight. Who is the Documenta reaching? 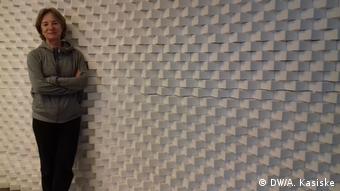 "The Documenta's team of curators has contacted neither my gallery nor others," says Ileana Tounta, not reproachfully, but sounding clearly irritated. She has been the director of the Ileana Tounta Contemporary Art Center for 30 years and is an institution in Athens. From the beginning, she has been supporting young artists through special exhibitions, connecting them with the few collectors who appreciate these artworks. She also heads the association of galleries in Athens, and is an advisor to the city council, which provided the space in Parko Eleftherias.

During the military dictatorship in the 1970s, people were tortured in what is now the headquarters of the Documenta. This will be one of the major themes of the show.

However, the gallery owner questions the organizers' program: "I have the impression that people from the outside are coming to tell us how we in Athens should be dealing with our history," says Tounta, who views this as a colonialist approach. She's apparently not the only one.

"The Documenta is coming here under the motto 'Learning from Athens,' but the majority of Athenians don't care. I don't think that the way the Documenta wants to deal with the military dictatorship's history will interest anyone here," says Kostis Velonis.

Velonis, who is one of Greece's few internationally renowned artists, sees a tendency to exoticize and stylize Athens as a place of resistance, especially against capitalism. The artist is also a professor at the Athens Academy of Fine Arts. He discovered the Documenta's "Education Program" by coincidence, as his students had the opportunity to work with some of the Documenta artists.

"This exchange was great for us. When would we otherwise get the opportunity to discuss with international artists and get to know their positions?" says Evangelia Dimitrakopoulou, enthused by her experience. The sculptor is about to graduate from the academy, and is also the youngest artist in the current group show at Ileana Tounta's gallery.

Without public funding for artists, Dimitrakopoulou, however, sees limited perspectives to survive on her art in Greece. She therefore wants to move abroad after graduating, and might turn to art therapy instead. "Antiquity is the country's pride, so the little money available is invested there, but nothing goes to contemporary art - that's seen as luxury," she says. She hopes the Documenta in Athens can help as many "normal people" as possible discover contemporary art and understand its importance. 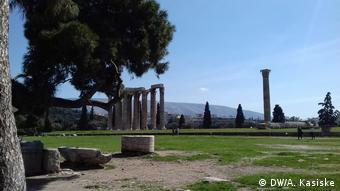 "It's a learning process for everyone," says Elina Kountori. "Contemporary art does not only lead to social discussions, it's also an economic factor." She is optimistic that the culture ministry will finally understand this as well. Kountori leads NEON, an organization that has been supporting young artists with funding and exhibitions since 2013.

Many people, also in the government, do not understand why money should be invested in this sector in times of financial crisis. At least the city of Athens has recognized that the Documenta could be a catalyst, explains Kountouri. However, she deplores that Athenians haven't grasped that yet.

It should be more than an art show

"In my view, the whole city should be talking about the Documenta," says Alexis Alatisist. "Yet the latest press conference in Kassel, held jointly with the Athens EMST, wasn't even briefly mentioned by the media here!" The theater director was a culture manager involved in major projects such as the Athens Olympics and the European Cultural Capital Patras.

Alatisist doesn't understand why the Documenta hasn't managed to obtain more public attention yet. He believes that the Greek team has little experience with major events, but also that the local art scene is unable to think outside the box and to engage in new dialogue. He hopes the Documenta manages to shake contemporary artists out of this climate of disdain.

"It is obviously an incredible opportunity. However, when the whole thing is degraded to a simple art exhibition that no one notices, where visitors only come to discover the international art scene, then it won't have any long-term impact here - that would be worthless!"

Motor for the development of the city

People are soaking up the sun, sitting on terraces of the new cafés on the Platia Avdi square in Metaxourgio. Many Athenians still see this area as a seedy red-light district inhabited by foreigners and junkies. Yet it now boasts hip restaurants, gay bars and a public art museum located in a renovated former shopping center located directly on the square. It serves as another venue for the Documenta. 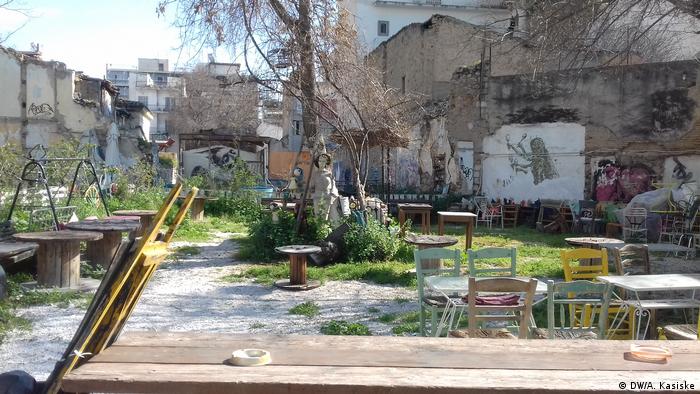 An improvised café in the district of Metaxourgio

Nikos, one of the people distributing food, has never heard of the Documenta either. He still thinks it's a good thing that the area is changing. Artists and tourists come first, and then better-off people might follow, he says. How does he feel about this driving up rents, causing the people he's now helping to no longer afford to live there? "It's still better than letting all those beautiful houses fall to ruin," Nikos answers. "The state doesn't have any money to maintain them."

It still remains to be seen whether the Documenta will manage to have an impact on the city. The launch of the show will be spectacular, organizers claim. But will the concept of "Learning from Athens" work? Will the hosts of the event profit from it? This will only become clear by the end of the Athenian art exhibition in July.