Will car-hailing services make tuk tuks irrelevant in Cambodia? | Asia| An in-depth look at news from across the continent | DW | 23.08.2017

With local and global car-hailing firms increasing their presence in Cambodia, the livelihood of tuk tuk rickshaw drivers is increasingly at stake. Can they survive in the fast-evolving market? Ate Hoekstra reports. 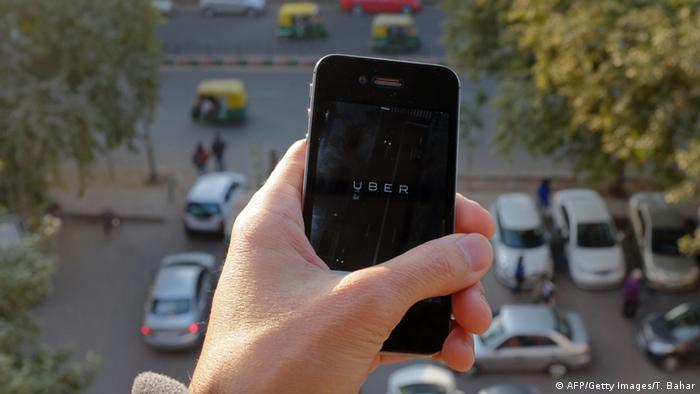 After establishing its presence in many Asian countries, the ride-hailing service Uber entered the Cambodian taxi market in June. The company, which was first introduced in the United States and now operates all around the world, has made significant gains in the Southeast Asian country since its launch there.

Phnom Penh's taxi market has undergone a drastic change in the past two years, with several taxi companies now expanding their services. There are already at least five Uber-like companies in the Cambodian capital.

Southeast Asia's trademark automated rickshaw, tuk tuk, continues to give a decent competition to cab services. With over 12,000 tuk tuks and a growing number of local taxi companies, Uber is facing fierce competition in Phnom Penh.

- Didi to merge with rival Uber ride service in China

One of Uber's biggest competitors in Cambodia is Exnet, a local online cab service that started operations in June last year with an aim to provide better services at cheaper rates to its customers. Exnet currently has around 1,000 drivers in the Phnom Penh.

"The competition is growing in terms of quantity but not so much in terms of quality,” Exnet head Daluch Hor told DW, explaining the reason behind launching the service.

Daluch says competition from international companies is a positive sign. "If we maintain the quality of our service, our clients will continue to use Exnet," he said.

"We are a local company and most of our clients support local businesses. We are not worried about competition."

Chan Sophal, director of the Center for Policy Studies think tank, says Cambodian society is changing rapidly and that he expects more young people to switch to ride-hailing apps. This is likely to impact private taxi owners and rickshaw drivers negatively in the years to come.

Prior to the arrival of these apps, most tuk tuk drivers in Phnom Penh were able to make a decent living. But now a ride in comfortable cars comes for almost the same fare as colorful but uncomfortable tuk tuks.

Many tuk tuk drivers complain it is getting tougher for them to do business in Cambodia. And the arrival of Uber is likely to increase their problems.

Keo Peourn of the Independent Democracy of Informal Economy Association (IDEA), Cambodia's largest association of tuk tuk drivers, told DW that some IDEA members were trying to adapt to the new situation by using smartphone apps and smaller vehicles to save fuel expenses.

Still, many drivers are concerned about their future.

"There are days when some tuk tuk drivers have no customer at all. And now that the fares are plummeting, many of our members no longer earn enough money," Keo said.

In contrast to the taxi markets of its neighboring countries Vietnam and Thailand, Cambodia's market is unorganized and has no standard rates. Sophal says the government should do more to organize the country's transport sector.

"It should be regulated to ensure a fair competition," he said.

But for now the competition is expected to increase. Uber has announced it is planning to bring new technology to Cambodia "so that people can get a safe, affordable ride at the press of a button, and drivers can get access to the economic opportunities," according to a spokesperson for the company.

Uber's operations in other parts of the world have prompted taxi drivers to launch protests. Cambodia could see a similar situation soon.