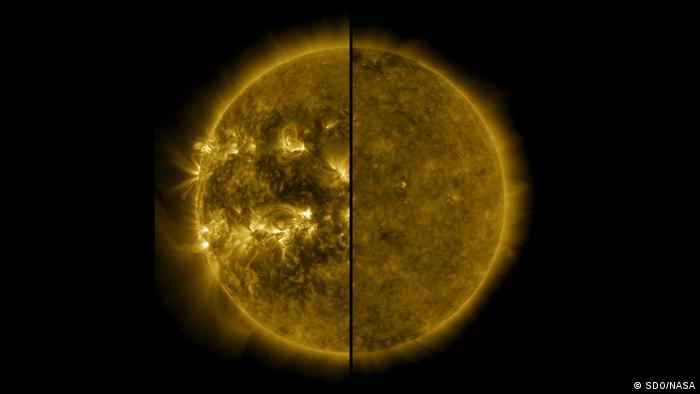 DW: Why do we observe the sun? We know it gives us light, but that we should avoid looking directly at it. And we know we can't go there, as with planets, moons and asteroids. So, why do scientists study it? What do we need to know about the sun?

Robert Cameron: There's a bunch of reasons for studying the sun.

First, from a practical point of view, we cannot go to the sun, but material from the sun can come to us. It comes to the Earth in pretty ways to create the northern lights (aurora borealis) and the same processes produce storms which expand the sun's outer atmosphere and that produces drag on satellites.

Those storms also produce high-energy particles, which have an effect on people in space [astronauts]. And if we have a large storm, which produces a large display of the northern lights, it can damage electrical infrastructure on the ground. 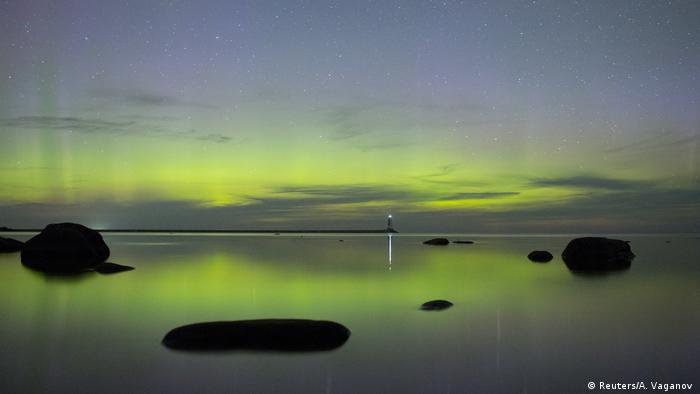 The northern lights seen in the sky over Lake Ladoga in Leningrad Region, Russia

And, second, the sun is interesting to study, simply because it is our nearest star.

Are the northern lights directly linked to the increased activity of the sun which you and other scientists are observing now?

Yes, and we expect the number of aurora to increase in the next few years, as the solar activity increases. That's one of the ways we understand the solar cycle.

You're a member of the Solar Cycle 25 Prediction Panel, which has been detecting that increased sun activity for at least six months now. This increased activity is part of an 11-year-cycle, and we understand the sun is now beyond its so-called "minimum." What is that minimum and what are the signs of increased activity?

The sun is currently entering its 25th numbered cycle. We began observing its cycles systematically before we started numbering them, so it's been over 300 years.

The main difference between the minimum and the maximum in a solar cycle is the number of sunspots we see on the surface. And if you count the number of sunspots, you find they go from a very low number — the minimum, which we've just passed — up to a maximum, where there are many sunspots on the surface at any one time, and then it decreases again. 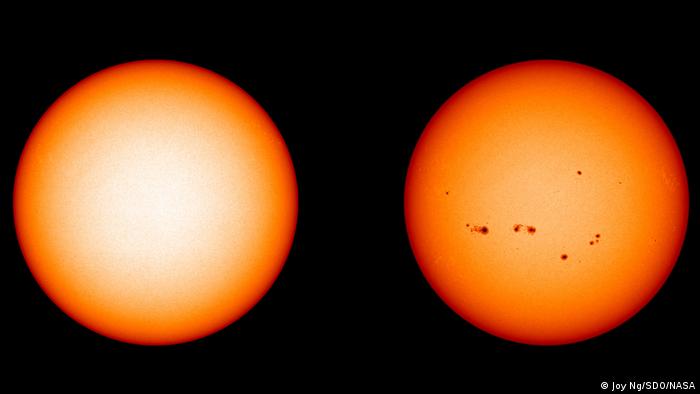 Two images of the sun: Black sunspots emerging on the surface of the right-hand image, indicating increased solar activity

And what exactly are sunspots?

The surface of the sun is very bright. It's about 5,780 degrees Kelvin (5,500 degrees Celsius or 10,000 degrees Fahrenheit). But occasionally we get these dark patches, which are a couple of thousand degrees cooler. They appear when energy from deep inside the sun is being blocked or prevented from reaching the surface. It's being blocked by a strong magnetic field. So, a sunspot is where a magnetic field gets so strong that it stops energy from inside the sun escaping to the surface.

Are there other signs of increased activity?

There are small bright features called faculae, which appear as activity increases. Faculae are also magnetic, but because they are small — about four hundred kilometers (248 miles) across — they are not as spectacular as sunspots. But there are a lot of these bright points during times of high activity, and that makes the sun a little brighter when it's more active, than during periods of low activity, such as now.

And once the increased activity simmers down again, the spots disappear?

The spots only last a short time, from days to a few weeks. But what's interesting is where they come from. As with the Earth, the sun is rotating. One rotation of the sun takes about 27 days. I say about 27 days because the sun is a giant ball of gas, and different parts rotate at different rates — in fact, the equator goes around faster than the sun's poles — one rotation takes around 25 days at the equator and about 35 days near the poles. 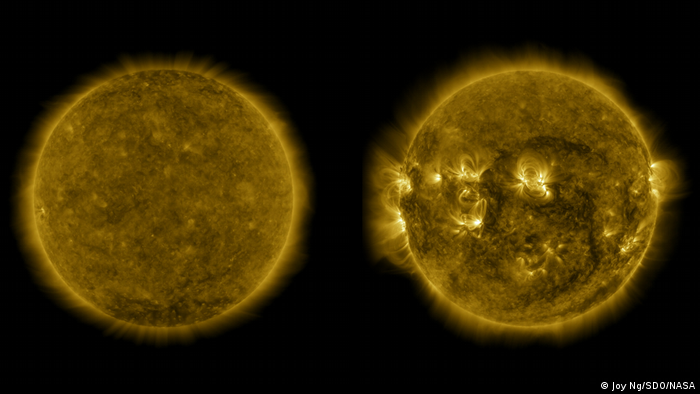 On the left, the sun's activity is at a "minimum" and on the left it is at a "maximum," showing many sunspots and solar flares

Now, at the beginning of a cycle, such as now, at the minimum, we have a simple magnetic field, which goes through the sun, entering from one pole and coming out the other, like a line or a piece of string.

But as the equator rotates faster than the poles, the magnetic field gets wound up — a bit like winding up a clock spring, and after four or five years the sun's magnetic fields* become overwound and unstable. An overwound magnetic field will want to break out of the sun and in doing that, it forms sunspots.

The sunspots then break up into smaller elements — the bright faculae — and they go to the poles. That's part of a process that eventually reverses the direction of the sun's magnetic field, its polarity. So, if it was initially north-south, 11 years later it will be south-north. And the whole process repeats itself in every 11-year-cycle.

*Ed.: The sun is a complex ball of many magnetic fields, but it is essentially one big magnet with well-defined north and south poles.

We know that the sun will eventually expire. How is the solar cycle linked to the sun's overall life cycle?

Eventually the sun will run out of hydrogen to burn and when it does it will start burning the helium. That's when the Earth will have big troubles, beyond whatever troubles we have at the moment, because the sun's atmosphere will expand and reach 1AU [which is the distance from the sun to the Earth]. But that's 4 billion years away. And the sun's magnetic field has no role in that process.

Dr. Robert Cameron is a scientist specializing in solar and stellar interiors at the Max Planck Institute for Solar System Research in Göttingen, Germany.