Why the world should learn German - and why Germany should care | Culture | Arts, music and lifestyle reporting from Germany | DW | 06.02.2015

Why the world should learn German - and why Germany should care

Money makes the world go round and fills German language classrooms. Socio-linguist Ulrich Ammon explains how those grammar lessons give you an edge and why Germany should promote its language more actively. 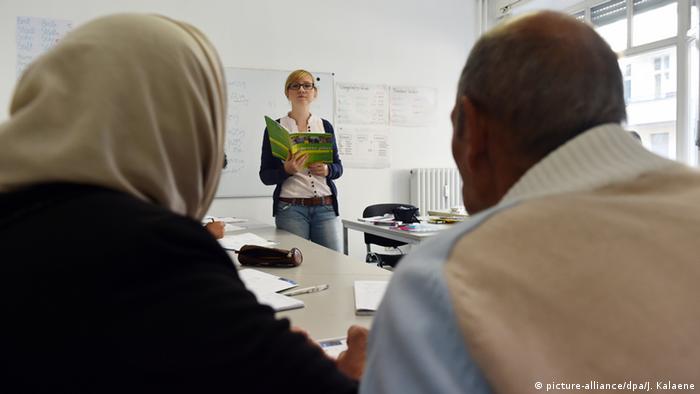 DW: Is German dying out?

Ulrich Ammon: That would be exaggerated. But it has suffered over the past 100 years due to policies carried out by Germany and also to the First and Second World Wars. Recently, however, German has experienced a bit of a comeback thanks to the impression that German-speaking countries have flourishing economies and are anchors of stability in Europe. That makes Germany more attractive to some extent, particularly in developing countries, because German language skills promise an advantage for the economy, people's careers and also for academia.

How does the German language rank in international comparison?

Concerning the number of native speakers, it's quite far behind and ranks number 10. There are approximately 104 million native German speakers.

But more important for an international ranking is the gross national product (GNP) that is yielded by German speakers. And in that regard, the German language is in fourth place. English comes in first, followed by Chinese and Spanish. So you could say that the economic potential associated with native German speakers holds a lot of weight.

Another benchmark is important here, too: The number of German language learners is considerable. Here, German also ranks fourth. Only English, French and Chinese rank higher than German and Spanish. The further east you go, the more important German becomes. Even in China or India, German is more important than, say, Spanish.

Why do people decide to learn German these days? Because Germany is an economically strong and "sexy" country? 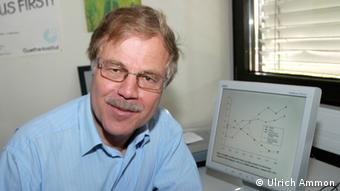 Put simply, yes. The world knows that the EU is economically dependent on Germany and that Austria and Switzerland, which are also German-speaking, are also flourishing economically. It's impressive for people that Germany can compete with the large countries as world export leader. That gives the impression that learning German will give you access to countries that flourish economically and offer good opportunities for business or for a career. They also offer the possibility to study or learn for a time and perhaps even to immigrate. That motivates people to learn German.

Yes, contracts are made in English. When it comes to legally binding details, English is used. But people know that you get further in a country if you speak the local and the official language and not just English. For networking and approaching clients, and partially also for business communication, knowing German gives you an additional advantage.

Would you say that Germans should focus more on spreading their language?

Yes, as long as they don't become impolite in doing so. It can be an advantage when your language community is widespread. People who have learned a second language will seek contact to native speakers of that language. German learners will try to make something of their language skills. They'll travel to Germany more frequently and network with Germans. That can be observed in the tourism industry and in business, for example.

So is Germany doing enough to spread its language?

Not necessarily. There is still a lot of insecurity. In 1973, it would have been possible to make German one of the official United Nations language. Back then, West Germany and East Germany were accepted into the UN at the same time, but no request was made from the German side regarding the language. In my opinion, that was a serious mistake that has negatively impacted Germany's international status.

It was similar with the EU. After the reunification of Germany, Chancellor Kohl pushed greater German influence in the EU, but the German government sort of missed the boat. Nothing happened. Now we have the situation that German is, according to the statutes, a working language in the European Commission, but no one speaks German.

What needs to happen for the German language to make progress?

First of all, we need to understand how important the German language is internationally. That has to start in schools. One problem is that this is not a research area at universities. Why not? Because it doesn't fit into one particular field. Sociologists say it's a linguistic issue, and so do political scientists. Yet linguists say it's a political or sociological topic. It falls between the cracks and isn't taken into account in research or publicity projects. Politicians should consider the German language as I do in my book and think about the advantages of promoting it.

Ulrich Ammon, born in 1943, is a socio-linguist at the University of Duisburg-Essen. His latest book, "Die Stellung der Deutschen Sprache in der Welt" (The status of the German language in the world) has recently been published by the De Gruyter publishing house in Berlin.

Shops and restaurants from Seoul to San Francisco are luring customers with German-sounding names. But are they really German? Here are some of our favorite locations around the world. (03.02.2015)

Whether in the theater or the soccer stadium, or on Three Kings' Day, painting one's face black is a highly controversial practice. A Berlin jury has named it Germany's Anglicism of the year. (27.01.2015)

There's no doubt about it, German can be a challenge for language learners. With four cases, the grammar is tricky - but the pronunciation can also trip up those who haven't been listening to the language since birth. (15.01.2015)

German Words of the Week

Why is Alastair Campbell learning German in lockdown? 15.03.2021

The coronavirus pandemic has prompted the former director of communications to British Prime Minister Tony Blair to brush up his German skills. He told DW about his progress — and about fighting depression in lockdown.

Learning a third language such as German, Japanese or Mandarin seems to have gone out of fashion. Some students are turning to non-traditional alternatives such as Arabic, computer programming or coding, to succeed.