Germany draws loads of international students every year with its reputation for high quality and low costs. If you're looking to do an exchange or degree program here, there are a few things you should know first. 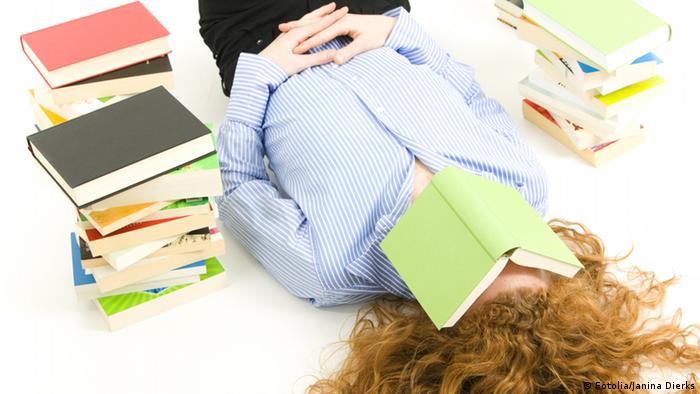 Inform yourself first about studying in Germany - then come!

In the United States, the average student loan debt is nearing $30,000. In the UK, it's closer to $66,000. For millennials, outsourcing higher education is becoming increasingly attractive.

One enticing destination is Germany. The land of poets and thinkers is famed for its practically nonexistent tuition fees at public universities, along with its high quality of life and a location at the nexus of European culture and politics. 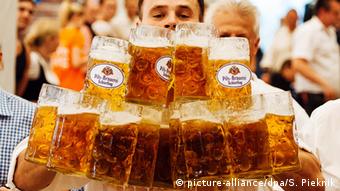 Enjoy the local specialties - but don't forget to go to class

But while students with wanderlust in their blood might salivate over visions of free college paired with beer-soaked revelry at Oktoberfest or techno-fueled bacchanalia in Berlin, there are some practical things you should know before jumping on a plane to Germany.

After back-and-forth experiments in Germany's 16 states with nominal tuition fees, the 16th state bowed last year to public opinion and abolished tuition at public universities altogether. But let's be clear: German tuition is only free if you apply to a specific degree program at a public university, are accepted and intend to study under the same conditions as locals, with all the inherent challenges. Study abroad programs and private institutions also offer wonderful opportunities, but remain as expensive as ever.

The student visa limits the amount you are allowed to work. For students without EU passports, it's 120 full days or 240 half days per year. During the semester, students may only work for 20 hours per week. That said, compared to major US or UK cities, costs such as rent, food, health insurance and public transit (after paying the negligible cost of a student semester ticket) may be cheaper.

Also, students holding EU passports may be eligible for BAföG - a half-loan, half-grant from the state which is generally interest-free. This funding is only extended to non-EU citizens in extraordinary cases. And a bit of advice: Don't work under the table. You risk exploitation and being banned from the country if you're caught.

Fortunately, there are many grants and fellowships available for foreigners - whether you're an engineering major, an art school prodigy or a student of German literature, if you're talented in your field and assiduous in your applications, there may be a source of funding waiting for you. DAAD, the German Academic Exchange Service, is state-supported and offers the largest range of scholarships for international students - and there are many other foundations with specialty grants. Landing one of these fellowships can also work favorably during the university application process itself.

4. The immigrant struggle is real

Unless you are an EU citizen, expect to spend a decent amount of time dealing with the Ausländerbehörde (foreigners' office). If you are from the United States and have been accepted into a university program, the visa application should go fairly smoothly, and those who complete a degree in Germany are eligible for an extension of up to 18 months to stay and look for a job.

Still, be prepared for unexpected snags and understand that your starry-eyed dreams are of no interest to anybody within German bureaucracy. You are responsible for getting your act together and navigating the various hurdles of obtaining health insurance, demonstrating financial independence, finding an apartment, registering yourself at the Bürgeramt (local administrative office), scheduling a visa appointment, and having all your documents organized.

For students from developing countries, the process can be far more complicated and begins with long-distance visa applications via the embassies in their homelands. 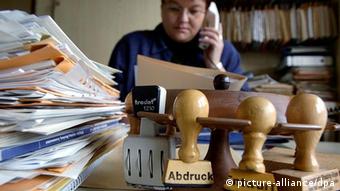 German bureaucracy is a real-life phenomenon

On that note, you'll need to embrace paperwork in general. Familiarize yourself with the conventions of German business letters and bureaucratic language. Keep copies of everything. Be flawlessly organized and quick on the draw with documents. This will tip the scales in your favor in situations ranging from visa battles to snatching a sweet apartment out from under the nose of some yuppie couple with regular jobs, to demanding rent reductions for infringements of your renters' rights.

If they throw official letters at you, come back with twice as many! "'Overwhelm them with paperwork' is exactly my German strategy," says Leah Scott-Zechlin, Berlin-based graduate student and Papierkrieg (paper war) veteran.

Sure, in the larger German cities you can get by without knowing the native language, and some degree programs are even available in English. Nonetheless, essentially every aspect of your life abroad will be easier with functional language skills, from dealing with government employees to making local friends. If you decide to stay to work, fluency will give you a crucial advantage in the job market. And why wouldn't you want to learn? Stale stereotypes to the contrary, German is a lovely language and relatively easy for native English speakers. Here's a link to DW's free online German courses.

7. German universities will not hold your hand

Here's the thing about the American private college experience: After laying down $50,000 or so per year, you get all kinds of "free" perks thrown in, from laundry facilities to live entertainment and on-campus health clinics. Between your department advisor, the fellowships center and the housing office, there are all kinds of people being paid to see that you are happy and making the most of the opportunities in your comfortable campus bubble. If you miss too many classes, somebody from the school might notice and inquire or offer you support.

Not so in Germany. It's on you to figure everything out, survive in a strange country, attend lectures, and study. You only get out what you put in! Also, while certain seminars more closely resemble an interactive liberal arts model and factor in participation and homework, a fair number of courses pin the entire grade on the final exam or paper.

8. Student housing is a snoozefest

Some large German universities do have official student housing, after a fashion – whether a small Studentendorf or urban blocks of designated student-only apartment buildings with spartan singles. Chances are, these options are neither the most attractive flats nor your best chance of acquiring a stellar social life. Find roommates - it'll help you adjust and improve your German

Instead, brush up on your charm and apply to join a lively flatshare, known throughout Germany as a WG, or Wohngemeinschaft. Living in a larger WG with a number of Germans is a fantastic strategy for meeting locals and expanding your friend circle in a hurry - not to mention your language skills. This may be a challenge - you could be chosen at the first WG casting you attend, or it could take months. But it's worth the hassle. Try these websites to get started: wg-gesucht.de, dreamflat.de, studenten-wg.de.

9. You are not the first person to do this

Living and learning abroad involves a lot of responsibility, and sometimes it may feel like you are struggling alone with utterly bewildering challenges. But fear not - if you take the plunge and move to Germany, you are following in extremely well-trodden footprints.

No matter what existential crisis has struck - from applying for a student visa to finding real saltine crackers in Berlin, from paying taxes to understanding your German lover - somebody on the Toytown Germany forums has undoubtedly asked your question and started a spirited discussion on the topic. Or more likely several somebodies…. So make sure to use the search function and read through existing threads before asking for advice! Few things irritate these knowledgeable, if occasionally cynical expats more than redundant questions. If you use the forums wisely, you will find a never-ending fountain of useful information. 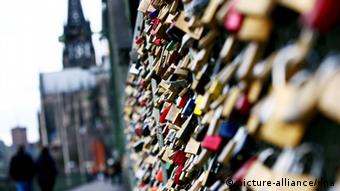 Careful! You might fall in love - if not with a German, then with Germany

10. Fair warning: You may want to stay forever

Free education? Excellent. You are a savvy, intrepid individual who knows how to get the best out of life. You'll just chill out in Deutschland for a few years, snag that degree, maybe work for a bit, and then come home to make the big bucks, right? Maybe. Or you might fall irrevocably in love with Germany. Then you'll face the dilemma of either saying a permanent Tschüß to your birth country, or ripping your heart up by the roots to extract yourself from this delightful land. Or the Ausländerbehörde might do it for you, if you can't ultimately navigate the job world.

One way or another, once you fall for 'Schland, there's no going back. You'll be like David Bowie, still writing love songs for Berlin some 35 years after the fact. But there are worse fates. Like slaving away under a soul-crushing pile of student debt.

So know what you're getting yourself into - and then do it anyway.

Caitlin Hardee, originally from Seattle, majored in German Studies at a US-based institution, taking courses abroad for one year in Berlin. After finishing her degree in the US, she returned to Berlin to live and work as a freelance journalist.

Never before have so many foreign students studied in Germany, while one in three German students goes abroad. Education Minister Johanna Wanka says Germany is more welcoming than its reputation implies. (17.07.2014)

How students live in Germany

Hundreds of Pakistanis studying in Ukraine were brought home after Russia invaded the Eastern European country. Now they can neither go back nor find a place in local universities.

Why India is no longer a destination for Afghan students 22.03.2022

Thousands of Afghan students studying at Indian universities are stuck in limbo after New Delhi decided to suspend diplomatic ties following the Taliban takeover of the war-torn nation.