Why Southeast Asia struggles to tackle modern-day slavery | Asia| An in-depth look at news from across the continent | DW | 09.04.2015

Officials from three countries are investigating allegations of slavery in Indonesia's fishing industry. The UN's Annette Lyth talks to DW about the growing problem of human trafficking in the region. 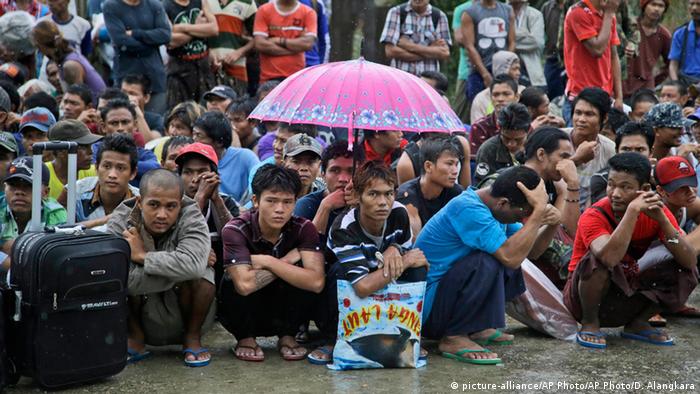 A week after the Associated Press (AP) published a story about slavery in the seafood industry, delegations from Thailand and Indonesia visited the eastern Indonesian island village of Benjina freeing some 300 migrant workers who had been lured or tricked into leaving their countries and forced into catching fish for consumers around the world.

The visits reflect how the problem stretches across several countries. Following revelations of modern-day slavery and maltreatment of migrant workers last year, Thailand was downgraded to the lowest rank in the US State Department's Trafficking in Persons report (TIP), putting it on the same level as Iran, Cuba, Zimbabwe and North Korea.

The report cited the recruitment of young women into the sex trade, slavery within the seafood industry, as well as the trafficking of Rohingya refugees from Myanmar, and how difficult it has been to resolve.

In a DW interview, Annette Lyth, Regional Project Manager at the United Nations Action for Cooperation against Trafficking in Persons, explains how widespread forced labor is across Southeast Asia and why the governments in the region are struggling to put an end to the practice. 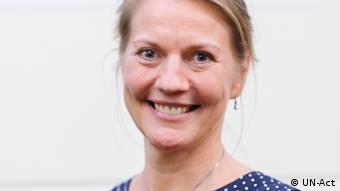 Some initially go voluntarily but then find the conditions are not what they had expected, they are at sea for years and there's no way to get home. From the recent investigations we see that many Thai men are also tricked or forced to work on the boats as forced labor.

The boats come to Indonesia as there remain abundant fishing resources, which have been depleted in the Gulf of Thailand. Once there, the men can be easily controlled, left stranded on islands or moved from boat to boat.

How widespread is the issue of slavery in Southeast Asia?

As supply chains have become increasingly internationalized, they have also become more difficult to monitor and therefore easier for unscrupulous employers to take advantage of. 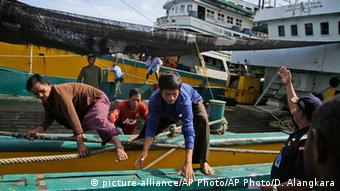 As labor migration is an important factor in economies in the region, it is migrant workers who are often vulnerable to these conditions, those who find it more difficult to report their situation to authorities.

The International Labor Organization (ILO) in 2012 estimated that some 20.9 million people around the world were in conditions of forced labor, which the organization defines as largely equivalent to human trafficking. A 2014 ILO research indicates that the related illegal profits are in excess of $150 billion, making human trafficking one of the largest criminal industries in the world.

The Asia-Pacific region records an estimated 11.7 million trafficked people, by far the highest figure of any region in the world. Within Asia-Pacific, the Greater-Mekong Sub-region (GMS) encompassing Cambodia, China, Lao PDR, Myanmar, Thailand and Vietnam features some of the most extensive flows of migration and human trafficking.

What kind of living and working conditions do these people find themselves in?

The living and working conditions on the fishing vessels are notoriously dire, which is a contributing factor to why it is becoming increasingly difficult for the employers to find people who are willing to work under these conditions.

The levels of abuse and exploitation can vary depending on the boat captains but there are frequent reports of physical violence and the use of weapons, as well as no medical care for those who become sick.

Sex tourism, child prostitution, and human trafficking are closely linked in the Philippines. Corruption and prostitution are flourishing because of the country's inability to enforce law and prosecute criminals. (10.03.2015)

Indonesian President Jokowi has shocked rights groups by defending executions of drug traffickers, saying the country faces an emergency over drug use. DW talks to the UNODC's Troels Vester about the nation's drug woes. (03.02.2015)

Working hours are long with little time for sleep in between putting out the nets and bringing them back in. The work itself is often heavy and dangerous with equipment that can maim or kill, particularly for exhausted workers who have not had sufficient rest.

Which countries are these fishermen from?

These men are mainly from Myanmar, Cambodia and also Thailand, while there are some reports that there are also Lao men on boats. Those who are targeted are often those looking to migrate for work and have little experience in doing so. Brokers are also opportunistic and will recruit workers through deception, so even those who have experience in migrating for work may become victims.

Case reports show that men can be tricked and recruited from their home villages, at border areas or other transit locations, as well as in port towns themselves.

Why have Indonesia and other countries in the region so far failed to tackle the issue?

Trafficking onto fishing boats has become a significant problem in the region over recent years as the depletion of fishing stock nearer mainland is forcing fishing boats to go further out at sea in their pursuit to find fish.

Those who have escaped from such conditions and rights advocates have been the primary sources of information about the scale of the problem. However, this has often been refuted by the industry.

For Indonesia, the high number of small islands in the archipelago and their often very remote location may have prevented central authorities from getting information about the problem. In Thailand, it has been difficult for the government to put an effective monitoring regime in place for boats and crew, for various reasons.

As the men are isolated at sea on boats or on islands where they cannot get assistance, it has been difficult to tackle the issue to date but now the scale of the problem has become apparent, it will be difficult to ignore.

Previously, a lack of political will was also a barrier. So it is positive to see more robust responses now coming from the respective governments.

What measures can Indonesian President Joko Widodo take to prevent such exploitation?

Almost all trafficking patterns require bilateral and multilateral responses, and this one involves men trafficked from a number of countries and the crimes occurring in different jurisdictions. 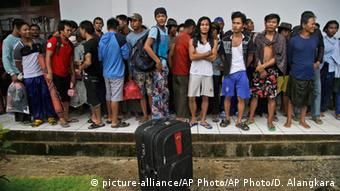 The men forced to work on the fishing boats are mainly from Myanmar, Cambodia and also Thailand

Therefore the range of responses needed from regulation, repatriation of victims and criminal justice will require cooperation from the countries in the region. The upcoming ASEAN Convention against Trafficking in Persons can be an important tool to more effectively fight trafficking in this region, but as always it will depend on the implementation.

What type of support does Indonesia require from international organizations to end this practice?

International organizations can support in a range of areas from policy development to capacity building, data collection and analysis as well as international cooperation. This applies to all types of interventions from trafficking prevention and monitoring trafficking patterns, through to the systems for the identification and protection of trafficked persons, and criminal justice responses.

Annette Lyth is Regional Project Manager at the United Nations Action for Cooperation against Trafficking in Persons (UN-ACT).