Why smartphones are not a threat to professional photography

The iPhone has revolutionized photography over the past decade and platforms like Instagram have created a new market. But photographer Ditmar Schädel tells DW why quality is still critical. 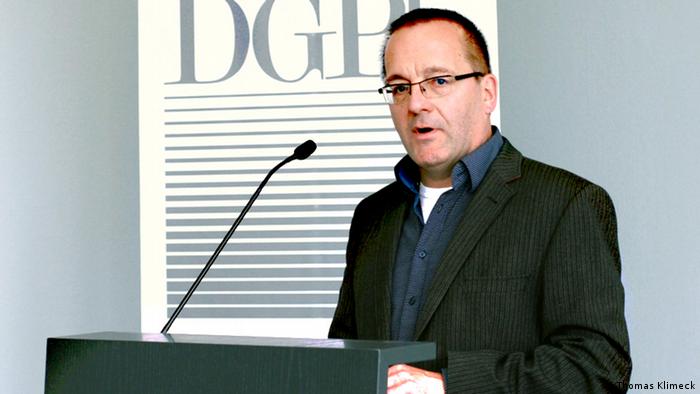 DW: Smartphones have conquered the world within a very short time, and a life without them is almost unfathomable. How have smartphones affected photography?

Ditmar Schädel: A smartphone is of course a multi-functional instrument that enables us to do many things. Taking pictures is just one of them. What has really changed with the smartphone is that nearly everyone has a phone on them at all times wherever they go. In the past, a camera had to be available in the first place, then deliberately taken along and activated in the right situation.

When you look at people on the streets nowadays, they usually have their smartphone in their hand most of the time and not in their pocket. That enables them to take pictures at any time. In the past, more preparation was needed. Nowadays, you can capture any given moment incidentally.

Why is it that a growing number of photographers actually leave their camera at home and resort to smartphones instead? In which situations is a smartphone more advantageous than a camera? 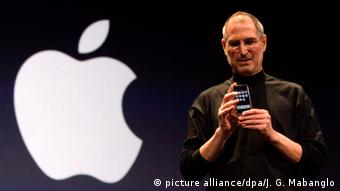 Some photographers use their smartphones as a draft tool. They take a photo with their smartphone to see what they can make of the subject. Since they always have their smartphones on them anyways they can create a quick sketch of an object, a situation, or a space. In the past, that used to be done with small, compact cameras.

Nowadays, journalists also always have their smartphones handy because they can send their photos to their editorial office much faster than those shot with a camera. There aren't any in-between steps and they can essentially broadcast live with their smartphone.

The quality of smartphone pictures cannot yet match the quality of pictures shot with big cameras, but it is sufficient for many purposes, especially in online journalism.

So nowadays everyone has a good camera with them all the time. Does that mean that amateur photographers might soon outdo professional photographers?

Amateur photographers tend to walk around and decide spontaneously to take a picture of this or that. Professionals, on the other hand, set out with a particular goal. What differs is their motivation for taking pictures. Another difference is that they're better prepared. Professionals working conceptually differently and better than amateurs. Nevertheless, professional photographers have lost some of their appreciation. Many editors are no longer willing to pay appropriately for pictures since they can get them nearly for free from amateur photographers.

Has the power of photography increased, or has it lost some of its allurement in the endless mass of pictures that are taken daily?

I don't think that photography has really lost its power. Editorial offices were flooded by hundreds or thousands of pictures every day long before the smartphone was invented. Large photo agencies in particular had an incalculable number of pictures at their disposal. The challenge nowadays is rather how to evaluate the credibility of pictures, as their sources have become more diverse. There's the danger of being taken in by pictures that falsify reality. 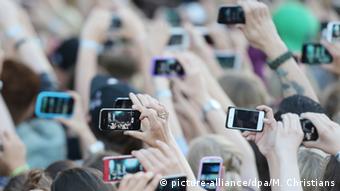 Not intended to last forever: German fans take pictures at a Hamburg concert with rapper Cro

With the daily flood of pictures, is the desire for exclusivity growing?

Quality still counts wherever pictures play a decisive role. It's still the professional photographers that provide such material. If you're prepared to pay the appropriate price, then you can be sure that you'll get better quality. That's why I believe that professionally produced pictures still have a good chance and are still valid.

Do smartphones motivate young people to become professional photographers? After all, thanks to their smartphones, they become familiar with photography from an early age.

I do think that smartphones have contributed to the general interest in photography, but that doesn't include the professional sphere. Photography has always fascinated young people, as the high number of applications to photography schools in Germany shows. But that number hasn't risen dramatically.

A positive development, however, is that many students have more experience beforehand because of their smartphones. But what is really new is the market. People who share their pictures on platforms such as Instagram don't make money by selling their pictures, but by communicating with them, which makes them interesting for publicity purposes. An additional market has come into being, and some people make the most of that in a professional way. That would've been impossible with traditional equipment.

What should we expect from smartphone photography in the future?

Over the past 10 years, there's been rapid technological progress.It's hard to imagine what smartphone photography will be like in 10 years from now. People who value good cameras in their smartphones can probably count on fantastic new equipment in the future. Smartphones with particularly good cameras with high-quality lenses are already available now.

I do think, however, that most people will opt for smartphones with relatively simple camera functions. The smartphone generation doesn't take pictures for all eternity. They rather serve as a means of communication; they're meant to describe something. People send pictures instead of writing or saying "I like it here" or "My food is delicious." Such pictures aren't meant to be kept somewhere, looked at or printed out. They're an impulse. Smartphone pictures are a fast medium that are not meant to be published, and they're likely to stay that way.

Photographer Ditmar Schädel has served as the head of the German Society for Photography (DGPh) since 2010. The organizations included some 1,000 members, all of them nationally or internationally renowned photographers. Schädel is also a lecturer at the University of Duisburg-Essen.

Opinion: The pocket revolution - 10 years of the iPhone

It's become our umbilical cord: The introduction of the iPhone 10 years ago has revolutionized the way we think and behave, writes DW's Martin Muno. (09.01.2017)

The smartphone has made spur-of-the-moment pictures possible. Since 2008, the IPPAWARDS have recognized the best photos taken from iPhones. Here are our picks for the finest in a decade of iPhone photography. (06.01.2017)