The ideas are old, but the danger is current. In his book "The Authoritarian Revolt," historian Volker Weiss sheds light on Europe's New Right. He told DW why the movement is a threat to society. 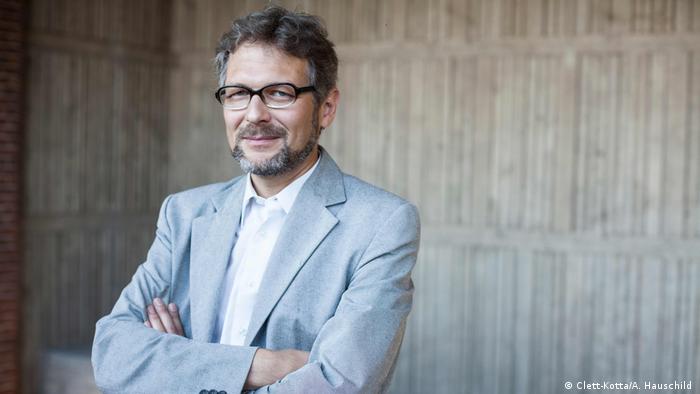 Award-winning historian and journalist Volker Weiss was nominated for the Leipzig Book Fair Prize for his book "The Authoritarian Revolt: The New Right and the Downfall of the West." The "New Right," the long-isolated faction of the extreme right, has now taken the stage in many European countries. In "The Authoritarian Revolt" Weiss analyzes conservative populist phenomena like Pegida, the German political party AfD and the Identitarian movement, revealing the subverted ideologies behind them and the connection between right-wing populism and the "new right" on the European scale. Born in 1972, Weiss studied literature, social and economic history, as well as psychology at the University of Hamburg. He writes for "Die Zeit," "Frankfurter Rundschau," "taz" and "Spiegel" and has published a series of non-fiction books on historical topics.

DW: Your book clearly shows the historical connections between the New Right and Nazi ideology. How dangerous is the "new right" for Europe? 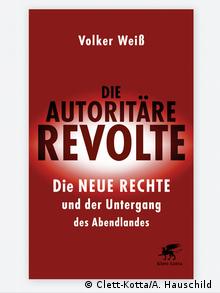 Volker Weiss: All of the right-wing populist movements are a threat to Europe. The New Right is part of that. There is most certainly danger present; firstly for the existing structures of Europe which are rejected by these movements. There is also a strong tendency to re-nationalize. Other than that, these nationalist movements have a clear idea about how Europe should be rearranged - under German leadership, of course. In some cases, this thinking is oriented towards the East, while decoupling from the West. That is no roadmap for European peace.

How should Donald Trump's victory be considered with regard to Europe? Does it strengthen local movements, or will it be seen as a deterring example of right-wing populism?

In agreement with your own words, it strengthens the movement immensely. The election results in the US were unanimously welcomed by the New Right and the right-wing populists and there are two reasons for this. Firstly, they see themselves reflected in it. Secondly, if one takes Trump's diffuse foreign policy statements at face value, it can be assumed that the US will move away from Europe in the long run - politically and militarily. That way the path will be clear for all of the strategic planning that these groups have in mind. In the worldview of the New Right, the US's intervention during World War I in 1917 was a major sin. The interference in a mainly European conflict was, from their point of view, why a German victory didn't occur. Since then, the US has been considered a disruptive factor, especially in efforts to democratize Germany. Trump is expected to reverse this development.

Why do the leaders of the New Right use revolutionary rhetoric?

All European right-wing populist parties, and especially the German far-right, survive on the rhetoric of exceptional circumstances. They must keep their follower base in a state of excitement because otherwise they wouldn't get attention or votes. Other than that, there's a historical line that was used in the 1920s and continued through the 30s that we are seeing again today as well. That is that a revolution is promised for the purpose of saving the nation and the authorities. That was an aggressive political current of ultra-nationalism that permeated Europe before finally leading to fascism. In Italian and French fascism, the revolutionary rhetoric was much more pronounced. The ideologues of the new far-right take the authors of these currents as their models. And following this, they also take up their crisis diagnosis - that liberalism will destroy civilization in the end. They say liberalism is to blame for the decadence of western European society. 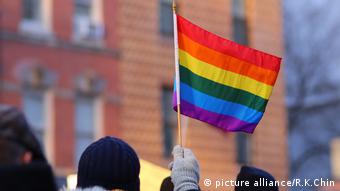 So the enemies stayed the same?

Today, the opponents of the New Right are not only liberal advocates of the enlightenment, but also decidedly the left.

The issue of Islam is difficult. There are, for example voices that praise Erdogan. Take the case of the journalist arrested in Turkey, Deniz Yücel, who was previously the focus of an opposition campaign by the New Right. This shows that the opponents are the same. Given this background, the New right can support the authoritarian approach in Turkey as well as the dismantling of the US through an authoritarian presidential system in which religion and nationalism play a central role. This is praised by Erdogan exactly as it is by Putin or Orban and is expected to be the same with Trump. Islam is valued by ideologically savvy people as a current hostile to western liberalism and the enlightenment. However, they say very clearly that it has to stay in its territory and that's on the other side of the Mediterranean.

In Germany, the AfD is the most powerful right-wing party and was able to be very successful in the German parliamentary elections in 2016. Why was it so popular?

For the AfD, the so-called refugee crisis was the deciding factor. One can see very clearly in the election propaganda and advertisements that there was a very clear strategic change. During the European elections, the focus was still on monetary policy issues, then there was a swing towards the refugee crisis. Focusing on it was ultimately a strategic decision, since it had been known for years that there was a problematic refugee situation in the Mediterranean, especially during the course of the Syrian war. One can say, however, that right-wing populism thrives on immigration issues all over Europe. We were already able to experience the breakthrough in semantics in worldviews in Germany during the Sarazzin debate.

What can be done to stop the success of far-right populism?

Liberalism must realize that it is responsible for laying the groundwork for the current anti-liberal sentiment. This is very clear. After three decades of neoliberalism, society was ripe for this shift to the right through progressive deregulation and reduction of possibilities for intervention, especially in the socio-political realm. That is, the reorganization of society into supposedly organic markets. The other way is to constantly defend the values of the Enlightenment. One must not combine the old false logic "the enemy of my enemy is my friend" in the struggle against European right, as it is connected with conservative Islamic currents. I think this would be fatal. I addressed this message to the left-wing in my book as well. In some countries, like Great Britain, this process is already very advanced, as we can see by noticing hat reactionary forces that are quite different have formed alliances. I would appeal for a complete renunciation of this. 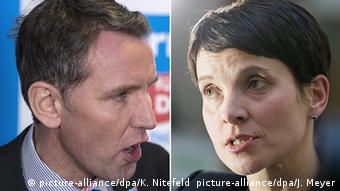 Soon, a series of decisive elections will be taking place in Europe. After your intensive research on the right-wing, how pessimistic or optimistic are you?

I don't want to give a prognosis. I am actually more pessimistic, but I hope it goes differently. Marine Le Pen is a problem and a threat, just like Geert Wilders. British politics have shown that such currents can actually determine the course of historic decisions.

"The Authoritarian Revolt: The New Right and the Downfall of the West" was published on March 11 by Klett-Cotta.

Hollande: My 'ultimate duty' is to prevent a Le Pen presidency

Francois Hollande has warned that a Marine Le Pen victory in upcoming elections poses a serious threat to France and the rest of Europe. The outgoing president says he'll do everything possible to prevent such a result. (06.03.2017)

Difficult days for the AfD

According to recent polls, Germany's populist party Alternative for Germany (AfD) is struggling. DW's Kay-Alexander Scholz went to Bavaria and Thuringia to find out who is to blame and how the party might recover. (09.03.2017)