Why raw materials could impact speed of energy transition | Business | Economy and finance news from a German perspective | DW | 29.11.2021

Why raw materials could impact speed of energy transition

Public debates about the EU's dependence on oil and gas imports are mounting. But Europe might soon find itself in an even weaker position in a field crucial for energy transition: critical raw materials. 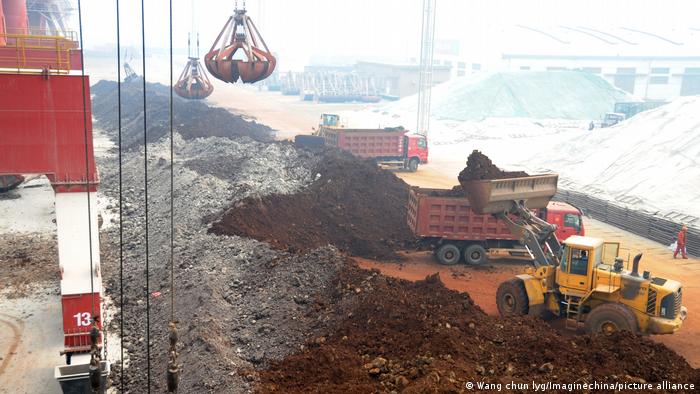 Is there any way for Europe to become less dependent on rare earth minerals from China?

Decarbonization is a complicated process as it implies a rethinking of how our economies can function smoothly. Currently, climate-neutral energy systems require significant amounts of critical raw materials for renewable energy installations and storage solutions.

Pandemic-related problems with investments, supply chains and logistics have compounded the situation further. European photovoltaic system developers recently reported that solar panels, mostly produced in China, are more expensive and difficult to find on the market than before. According to experts, such issues will be with us for some years to come.

The energy planning expert added that higher demand for raw materials caused by the e-mobility drive was enormous "because many new battery factories are being built."

Uncertainty persists, though, as to what future generations of batteries will be made of. "What batteries will look like, exactly, is still a question mark," Gielen said. "A few years ago, everybody was speaking about cobalt, but it now looks like the quantities of cobalt needed are significantly lower than previously anticipated. The future cathode material mix is still uncertain."

Big mining projects take at least a couple of years to materialize and require long-term planning security, especially in light of high price volatility. Lithium prices crashed in 2017, but more than doubled in the past months, soaring to new record levels. According to Gielen, we should get used to such fluctuations.

The search for raw materials in northern Europe

Looking for lithium and nickel

"Regarding lithium, we need a five-fold increase in mining this decade, but there is a lot of new capacity being developed," Gielen argued.

Lithium, the material set to be needed the most, especially for batteries production, is available in several regions. Hence mining itself is not such a big strategic factor, but processing is, the expert insists. "China has a dominant position in battery-grade lithium processing, and Chinese companies are buying up a lot of new lithium supply capacity."

In the medium term any geopolitical lithium-related tensions can most likely be overcome through new mining and processing facilities in the EU. Supply opportunities exist in the Czech Republic, Portugal, Spain and Germany as well as in other European nations including the United Kingdom and Serbia. Local acceptance of new mining projects remains a problem, though.

Nickel is the other key raw mineral for batteries. "Indonesia is set to become the main producer of nickel, replacing the Philippines in the top spot," Gielen noted. "China is again processing the bulk of the resource. Nonetheless, Indonesia is reversing old policies and is requiring nickel to be processed directly in the country. So, China and Indonesia are set to dominate the nickel market."

Overall, demand for nickel is expected to double in the next 10 years. The EU has deposits of its own, including in Finland and in New Caledonia, a group of Pacific islands that belong to France.

Where rare earths are hiding

Rare earths, which are also needed for magnets, are the third piece in this energy transition puzzle. China is ahead of Europe and America, says Beata Javorcik, chief economist at the European Bank for Reconstruction and Development.

"By 2010 China had controlled over 90% of rare earths mining," she told DW. "It surprised the world by imposing export restrictions. The US and the EU challenged the decision and won, but there remain some fears that export restrictions might come back."

The London-based economist explains that solid international ties are key to a well-functioning critical materials market.

Besides the tricky relations between the US and China, tensions might also emerge as a consequence of the EU's attempt to avoid carbon leakage, meaning the behavior of companies to move carbon-intensive production abroad where there may be laxer standards.

"The bloc is working on a Carbon Border Adjustment Mechanism (CBAM) to protect EU-based companies investing in sustainability from competitors without such covenants. The question is: Will imports of processed rare earths be subject to CBAM?," Javorcik asked. 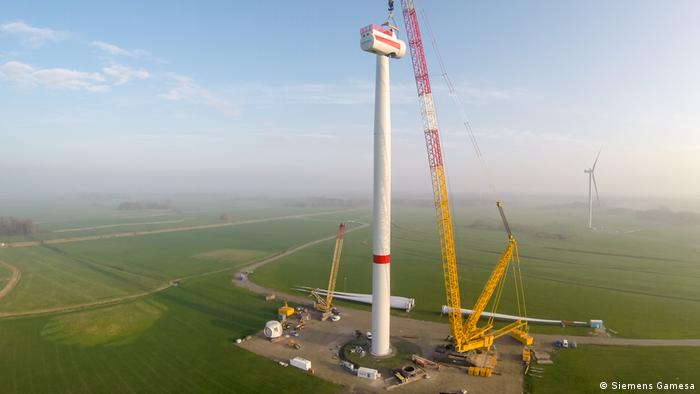 EU institutions are also working on several programs to support the market-driven creation of a local supply chain for battery production.

Despite recent investments, the EU still depends on imports of rare earths, batteries and PV modules. The bloc is strong in the wind sector, though.

"Around 99% of wind turbines installed in Europe are produced on the Continent. Since European companies are leading the field, we can set international technological standards," said Alexander Vandenberghe, research and innovation manager at the Association Wind Europe, adding that wind turbines would not change drastically in the next few years.

The wind industry's need for critical raw materials are therefore plannable, creating some certainty for the mining sector. At the same time, the EU wind industry strongly depends on rare earths imports. Drastic price increases could slow down the expansion of the sector.