Why Germany's 1968 movement has not failed

Fifty years ago, the leader of Germany's student movement Rudi Dutschke was wounded in an assasination attempt. His widow Gretchen tells DW why she feels positive about the social changes that emerged from the protests. 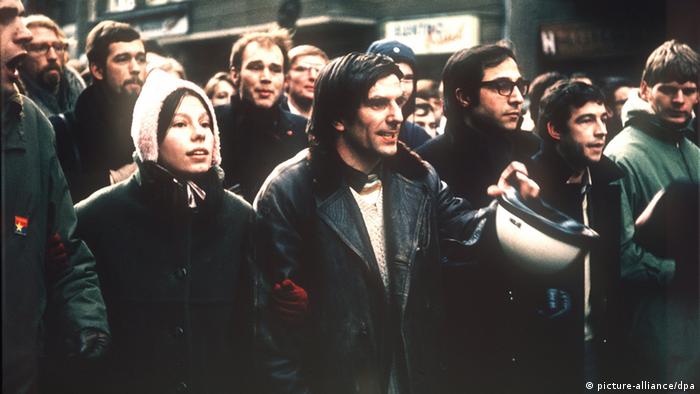 In the mid 1960s, thousands of German students took to the streets to protest against the authoritarian structures at universities, the presence of former Nazis in positions of power, the Vietnam War and consumerism.

One of the movement's most important leaders was Rudi Dutschke. In 1968, he was seriously wounded in an assassination attempt, and died of the long-term consequence of his injuries 11 years later. His widow, American-born Gretchen Dutschke, was also politically active during that period (top photo: Gretchen and Rudi Dutschke demonstrating together).

Her book "1968: Worauf wir stolz sein dürfen" (1968: What we can be proud of) reevaluates the impact of the protest movement. She is presenting her new work at the Leipzig Book Fair held from March 15-18. 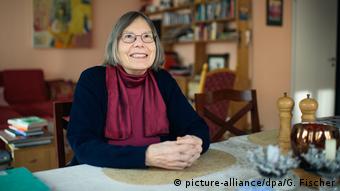 DW: What are some the achievements the 1968 activists can be proud of?

Gretchen Dutschke: What the anti-authoritarian revolution of the 1960s achieved has a lot of significance. Back then, the Nazis' authoritarian way of thinking was still strongly anchored in people's minds. The concept of total obedience was still prevalent. That has changed enormously.

People today are far more critical; they're capable of thinking independently and there's more room for creativity. The population has widely adopted the concept of democratization of society. According to a survey in 1951, only two percent of the population was in favor of democracy. Today, it would certainly be the majority.

You have already published a biography on your late husband, student movement leader Rudi Dutschke, as well as his diaries. This book sums up several stages and aspects of the 1968 movement. Why was it important to reassess the protests 50 years later?

I found it important because some people claim that the movement has failed. No, it hasn't failed! On the contrary, it was highly successful. When people talk about its failure, I'm not sure what they have in mind exactly. Perhaps they're criticizing the fact that the capitalist economy still exists. Yes, that's something we didn't achieve. We didn't find an answer to this back then and that needs to be worked on today.

How do you react to the fact that far-right populist parties are gaining ground in Europe? In your book, you mention Alexander Gauland, who was already against the student movement back then, and is now one of the leaders of the party Alternative for Germany (AfD).

Right-wing populism has become a problem, and not only in Germany. When you look at Germany's neighboring countries, you'll find that things there are much worse. Whereas the AfD has obtained 15 percent of the votes here, their counterparts elsewhere have gained 50 percent. Hopefully, that will not happen in Germany.

Young and old generations bringing up this kind of thinking is nothing new. It's a phenomenon that has always existed, but it used to be marginal. Now, populists are gaining ground, and that's why it's an important task for the young generation to come up with an anti-authoritarian movement once again.

And all this doesn't only concern Europe. Far-right extremism is also on the rise in the US, and elsewhere all over the world. But there's also a counter-movement. And it might be getting stronger as well.

Are there any other concrete achievements you're proud of?

The education of children has changed a lot. Nowadays, they're brought up in an anti-authoritarian style. Family life is also quite different. People don't expect women to stay at home with the kids while their husbands go to work. In ideal cases, they have equal chances. 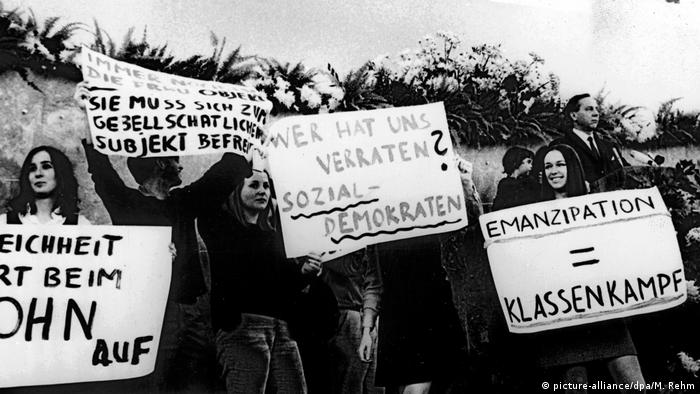 These protests in 1968 initiated a new women's movement in Germany

But that wasn't the case in the early stages of the anti-authoritarian movement. Back then, not even the men leading the social revolution shared this idea. Changing the role of women was not on the agenda.

At the beginning, the movement was dominated by men, and they saw women rather as their assistants. But that changed as of 1968 with the fast spread of the women's revolution. Anti-authoritarian elements spread across society, that was an important factor.

How did you practice emancipation in your relationship with Rudi Dutschke ?

At first, I needed to draw Rudi's attention to the fact that the situation of women was not acceptable. He hadn't noticed that before, but then he came to grasp the problem. At home, he had to learn how to cook, how to change diapers, and other such things. And he did all of it.

How strongly were you involved in the women's movement?

The assassination attempt against Rudi took place in early 1968, whereas the women's movement only came up later. I wasn't in Germany at the time. But before that, from 1966 until the assassination attempt, we had a small women's group belonging to the SDS [Sozialistische Deutsche Studentenschaft, Socialist German students' union], where we used to read books and to discuss things without the presence of men.

My main idea of how the situation of women could be improved was by living in a commune. That was originally my idea. I told Rudi that we should try it out. Living in a commune makes it easier to organize things in such a way that everybody can participate in reading, discussing and doing household work to the same extent. Rudi also liked the idea. When we started to put it into practice, things went in another direction.

Later on, the idea of living together became widespread. It didn't work the way it did in the Kommune 1 [the first politically motivated commune in Germany, created in West Berlin in 1967 and dissolved in 1969];  there was more solidarity among people.

In your book, you talk about a "cultural revolution." 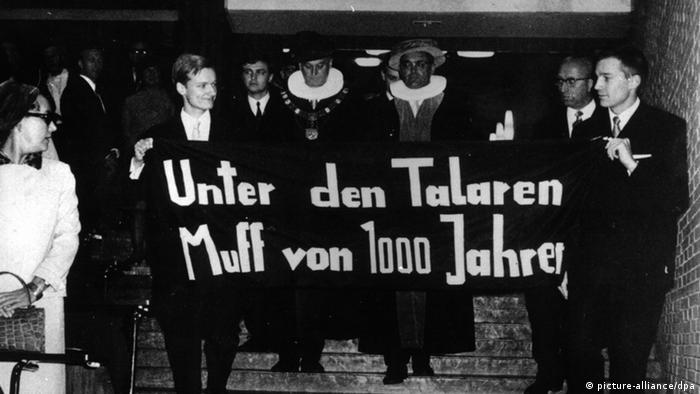 Students of the University of Hamburg demonstrating for university reforms

Considering the current #MeToo debate, it looks like these structures have not yet been totally overcome.

Powerful patriarchal structures have indeed continued to exist. That's why it's important to keep fighting. The problem still hasn't been solved, that's quite clear. It must become an intrinsic part of education to make sure that women get the same rights and opportunities, and that they can assert themselves against men who think they have the right to treat women the way they like. It's certainly a big task that young people need to tackle.

What kind of experiences you made in the 60s and 70s would you like to share with young people?

First of all, that they become more aware of the situation of the society they live in, and that they join other people who also try to create a better world. That they sit together to think about what objectives they want to achieve, and how they can achieve them.

That's what the socialist German students' union did. Such a comparable organisation with strong advocates is certainly still needed today, to initiate dialogue with the population on existing problems.

The book by Gretchen Dutschke, "1968: Worauf wir stolz sein dürfen" (1968: What we can be proud of) is not available in English yet.

1968 through the lens of German photo journalist Robert Lebeck

Photographs by German Robert Lebeck are historical snapshots. His works from 1968 are on now show at the Kunstmuseum Wolfsburg. They reveal both pivotal and everyday moments. (05.03.2018)