Why Generation Y are 'secret revolutionaries'

Generation Y is known for mastering the art of improvisation, investing in education and rejecting hierarchies. In his new book, youth researcher Klaus Hurrelmann calls them "secret revolutionaries." 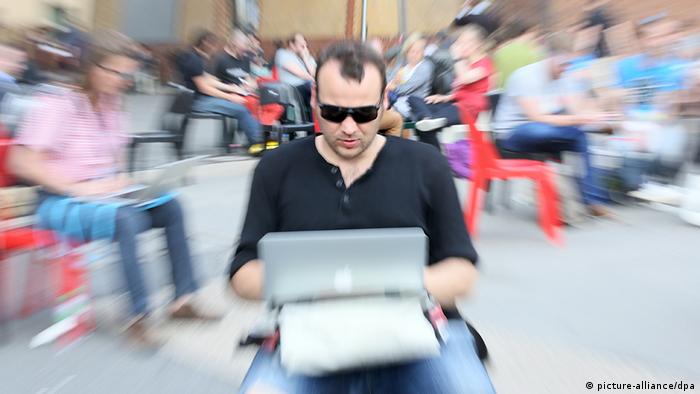 Today's 15-to-30-year-olds - Generation Y - are looking for the meaning of life and questioning everything. "Generation Why" would perhaps be more appropriate.

It's a generation that takes a different approach to life than its parents and grand-parents, according to sociologist and renowned youth researcher Klaus Hurrelmann, who just published the book "The Secret Revolutionaries - How Generation Y is Changing our World," together with journalist Erik Albrecht.

DW: You called your book "The Secret Revolutionaries." But the word revolution has a connotation of protest and rebellion. Can a revolution be "secret"? 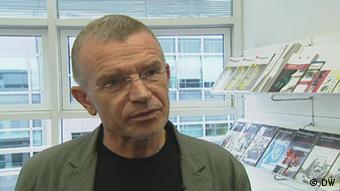 Klaus Hurrelmann is a renowned youth researcher and sociologist

Klaus Hurrelmann: We are playing with the term "revolution of the 1968 generation," which defined itself as an open and direct generation of revolution. That's where we have the notion from that revolutionaries take to the streets and, in the end, change society. Today we have a generation that is trying this in a more quiet way that is hardly noticeable. They do it when they see room for it. They disregard the political sector and bring out their main points in education and work. They change their surroundings when it comes to family planning, work-life balance and the media sector, and that's how they ultimately also change the society they live in.

Where exactly has this generation already created something revolutionary?

For instance when it comes to education. They managed to create an education system that caters more to the needs of young people. Working conditions at schools have become better, which has resulted in students' achievements and their grades also becoming better.

What's vital for society is the way this generation deals with new media, because compared to other generations, Generation Y is much more competent in this regard. They use networks and social media platforms for communicating and for organizing their everyday lives. They use these networks to enforce their interests and beliefs, to get information and to present themselves. That truly is a breakthrough. They want structures in their jobs that relate to their personal skills and interests. That's another area where revolutionary approaches can be noticed.

You claim that this generation puts a large emphasis on education. Why is that so important? 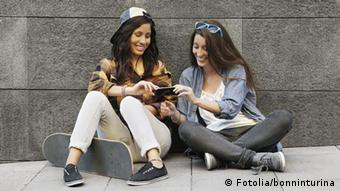 Generation Y is always connected with their smartphones at hand, according to Hurrelmann

Generation Y has realized how strategically important education is. Those who spent their youth between the years of 2000 and 2015 didn't just experience ecological catastrophes and political terrorist attacks worldwide, they also grew up during the financial crisis. A large part of this generation wasn't able to get an apprenticeship or a job. An excellent education is the only possibility to belong to those occupying free spots. In this sense, education is very much a means to an end for this generation.

These days more young people than ever before have graduated from school with good grades. Nevertheless, universities and teachers complain that this generation isn't really educated that well after all and has to receive intensive job training.

That's exactly what happens when education becomes an exchangeable value, when it's only about having a certificate rather than learning something. Generation Y has the support from their parents, who think along the lines of, "All I want is for my kid to have a basic school qualification." It's not about what you learn but about having a certificate with good grades. 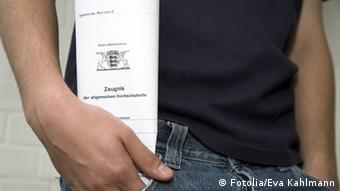 For Generation Y, education has become a means to an end - the important thing is a certificate, says Hurrelmann

Throughout the last few years, the situation for this generation has changed. They don't have to fight for a few free spots on the job market anymore since there is a shortage of skilled workers. On top of that, people belonging to Generation Y were born at a time with a very low birthrate. Essentially these adolescents don't have to worry about their education and their chances of getting a job later at all.

We have defined this Generation Y with an interval of 15 years. It might very well be that those who are currently younger are facing a different situation. But what stays the same is that they all experienced some sort of social trauma due to massive unemployment during their youth, which has shaped them. And that stays as a pattern. You only have to go abroad - to France, Spain and Italy - to see that the situation there is very different. And Generation Y is globally orientated. These young people wouldn't bet on the fact that the current economic situation will stay the way it is.

What's your attitude towards this Generation Y? Do you observe it as a youth researcher who has already accompanied the youth of several generations through his work? Or do you also take a critical stance in your book? 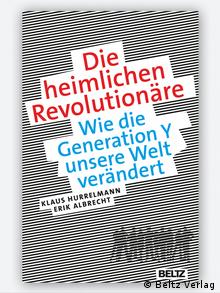 In the book we describe what we know from research. We don't want to make any judgments based on selective observations. But we also assess very carefully. If you look at Generation Y as a whole then you have to say that they skillfully deal with structural uncertainty and confusing, complex and inscrutable situations. You can only say "kudos" to that. The older generation can only learn from that, because we all might have to face unpredictability in the job market and in our future at some point.

What I see as problematic is this utilitarian thinking that can be found in education, with such little attention paid to content. Generation Y also organizes other parts of life very schematically. This can lead to a lack of human connection and result in superficiality. We don't quite know yet what impact all of this will have on the social character and the permanent personality structure of people.

We refrain from making general critical claims when it comes to civilization and psychology in our book, because so far every new generation has always ended up forging ahead and giving a fresh impetus that has benefitted society. That's something we made sure to emphasize in our book as well.

In "Generation Maybe," German author Oliver Jeges paints a portrait of his peers: Millennials paralyzed by options and always hunting for the next best thing. DW spoke with him about his book - and his generation. (14.03.2014)

German band Revolverheld sings the stories of their generation

Kids, career - life starts getting serious when you hit 30. After over 10 years together, Revolverheld know about the tough choices that come with adulthood. DW chatted with the band at the launch of their new tour. (13.03.2014)

Danny from the UK, 19, recently became the world's first self-confessed "selfie addict." After the problem led to a suicide attempt, he is now helping others cope with technology addiction and mental illness. (09.09.2014)