In "Generation Maybe," German author Oliver Jeges paints a portrait of his peers: Millennials paralyzed by options and always hunting for the next best thing. DW spoke with him about his book - and his generation. 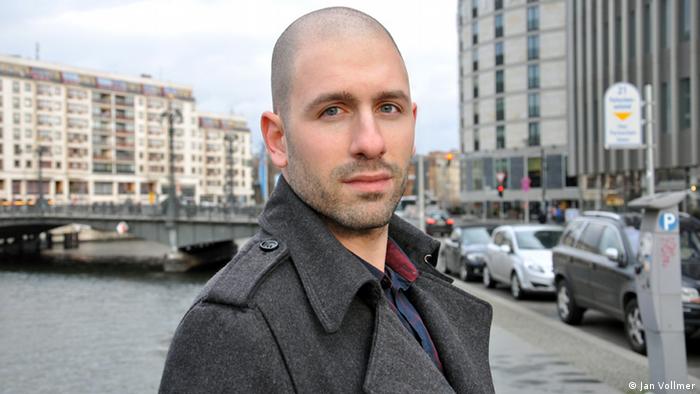 Author Oliver Jeges, 31, found inspiration for his book's title from a tobacco company's ad campaign, which featured young people doing daring activities. The ad was later banned in Germany for targeting teens, but Jeges took issue with the bold, decisive nature of the young people depicted. "That's exactly not who we are," Jeges says of his generation. He went on to write "Generation Maybe," which examines the indecisive, freedom-loving nature of today's 20- to 35-year olds.

DW: Tell us a little bit about the inspiration for your book - where did you get the idea?

Oliver Jeges: It's very simple. When I look around at my generation of young people, the Millennials, then I see "generation maybe," as I call it, because of our indecisiveness. We don't know which profession to choose. I call us "maybe" because of the lack of knowing what is right and wrong. There is nothing we stick to. There's no political ideal or party. No specific values. No idealogy. We're not dedicated to our careers like the baby boomers. We see there's always something better for us out there. Better job. Better partner. Better diet. Better faith. There are so many opportunities and options that we don't really know which way we should go.

You've written that "our only unifying trait is that we have no unifying trait." Why are those in your generation, the Millennials, different from their parents or grandparents? 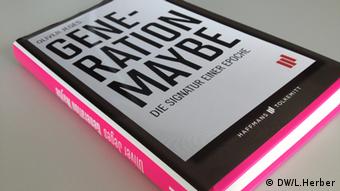 Jeges: 'Independence is more important to this generation than climbing the corporate ladder'

We learned that we could achieve anything - that's what our parents and teachers told us. If we only worked hard enough and believed in what we were doing, then we could get to the moon. But once we became adults we realized that maybe these were illusions. That these were the rules of the world our parents and our older siblings lived in when they grew up in the 1960s and 1970s. As corny as it sounds, times have changed, and our parents aren't authority figures anymore. They're friends and helpers. In contrast to the boomers, we're a generation that's not going for big jobs in the corporation to become the boss. What we want is freedom, flexibility and independence.

When the boomers were young, when they were 15 or 20, maybe they founded a band in a garage and played with loud guitars. Now we have people like Mark Zuckerberg, who in their early 20s invent Facebook. Young people invented Spotify, and all these apps and start-ups, and that's the big difference between our parents' generation and ours.

How has social media influenced our generation?

It's gotten us closer. I recently found a YouTube clip, a panel discussion, about how the baby Boomers experienced their youth and adolescence. There were cliques. They were very exclusive as to who could become their friends, or which youth culture they were part of. Nowadays you go on Facebook and you just ask someone, "Do you want to be my friend?" And they just say yes or no. Most of the time they say yes. So it's very easy to find new friends, to communicate with each other.

You've said that the book represents this generation in the West. What role does religion play?

What I see with many people my age is that they neglect the old monotheisms like Jesus and Mohammed and say, "It's all made up." But then they turn to New Age philosophy and take it very seriously. You can build your own private religion, you can say, "Oh I believe in the good things Jesus did or the teachings of Islam," but you don't take the whole picture anymore. You just pick what you want - the raisins, you know? 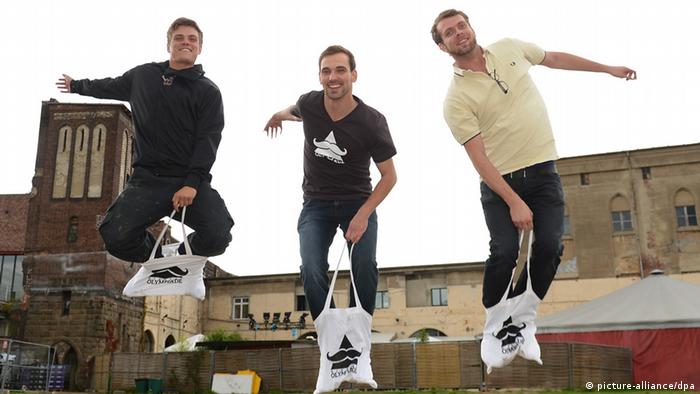 Hipsters. Millennials. Fun-seekers: They're not your grandparents' generation

How does being bombarded with so many choices affect the willingness of those in this generation to commit to partners, a family, or a job?

For the book I met a young man who had really good chances of becoming a physician. He did nine internships during his time at university. He could make a lot of money if he wanted to. But he didn't want to because it's not what would make him happy. So he finished his study with excellent grades, but he's now working for an NGO with an income just a little over minimum wage. That example is paradigmatic because it shows for many of us that money isn't that important any more. We want freedom. We don't want jobs necessarily with big money. What we're looking for is playfulness, independence and flexibility. We do not want to climb up the corporate ladder. I think much more, we want to start our own businesses. We don't want to commit too soon, too hard to anything. To a relationship. To a job. To a faith. Maybe we need more time to figure it out.

What's the message readers should take from the book?

For young readers at best it is a mirror. They can see themselves and each other. There are many young people who think they are alone. They think, "Oh my God, I can't decide what job I should do." There are many people at 30 or 35 who are still waiting for a good job, a stable partnership. For the older generation, for the boomers, they can see who we are. And that we're not as horrible as they think we are.

What's next for you?

What's next for me? Sleeping long in the morning. (Laughs) Now I'm taking it easy, but the next book is in planning.

Few writers are as synonymous with Berlin as Christopher Isherwood, and although his legacy lives on, the modern version of his erstwhile city accommodates a growing English literary scene. (14.02.2014)

In Berlin, there is a bicycle store on every second corner. DW's Stuart Braun gets on his bike to explore these vital cogs in the wheels of city life. (16.08.2013)