One street at a time, Flaneur digs into human stories at the local level. But don't expect to find the tales online. Though the print-only magazine flirts with global and local media, it shies from a big online presence. 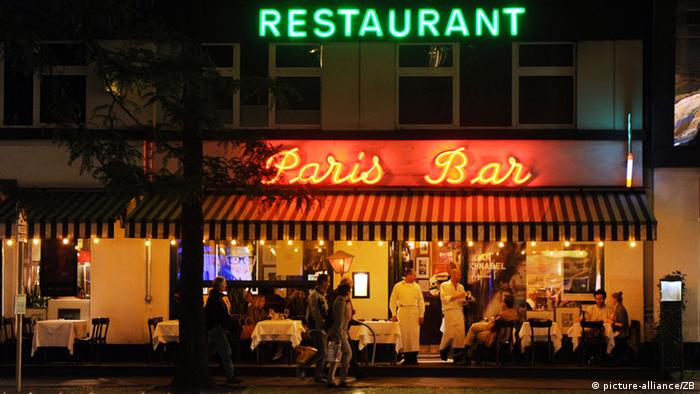 Where can you snag a bottle of handmade fragrance from a third-generation perfumer, buy a bouquet of fake flowers for your sweetheart, then round out the night at a pub to pet a spider? Welcome to Kant Street in Berlin. It's the first street showcased in a new artistic and literary magazine, "Flaneur."

In each issue of Flaneur, the patchwork of feature articles, illustrations and photo-narratives has one common denominator: they paint a portrait of one specific street in one specific city. Published in English by a group of young Berliners, Flaneur magazine seeks to push the boundaries of what print can be, while shunning social media as much as possible.

"It's a fragmented literary perspective," said Fabian Saul, 27, who edits the magazine with Grashina Gabelmann, 25. "It's interdisciplinary: we work with writers, musicians, illustrators." 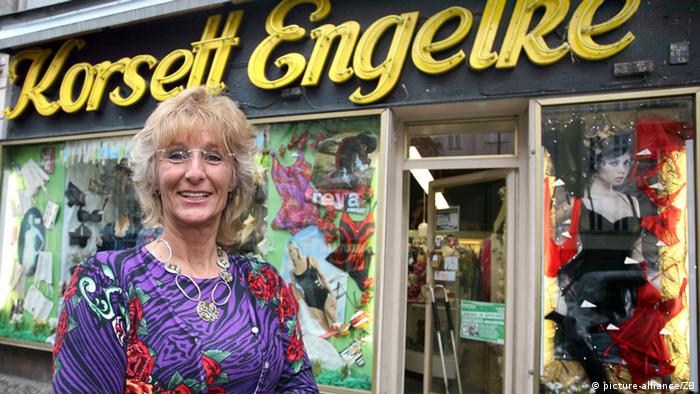 Owner Antje Fröhlich stands in front of Korsett Engelke lingerie shop, one of many business along Kant Street

For the first issue of Flaneur, the staff didn't stray too far from home to find their target. They dedicated 120 pages to Kantstrasse in Charlottenburg, Berlin, where Ricarda Messner, 24, Flaneur's publisher, grew up. It was Messner's idea to make a "mono-street” magazine. Two Berlin-based art directors, Michelle Philips and Johannes Conrad, along with 15 contributors per issue, complete the Flaneur team.

After the first issue's coverage of Kantstrasse, Gabelmann and Saul headed two hours south of Berlin to Leipzig, while they began assembling the second issue of the magazine. They chose to dig into the stories of Georg-Schwarz-Strasse in Leipzig, the "better Berlin," as it has been dubbed by the media in the recent years.

"We went to Leipzig a couple of times, walked through the city," Saul said. "We really felt really uncomfortable when we came to Georg-Schwarz-Strasse, and we became interested in that feeling. Then we started the research and discovered that this street is a symbol of Leipzig's history. It held the promise that Leipzig would become a metropolis, but it never did." 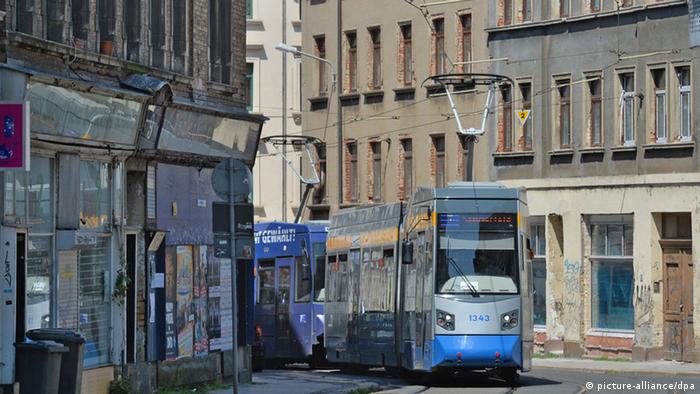 Coinciding with Flaneur's coverage, the EU is financing building repairs along Georg-Schwarz-Straße in Leipzig

Since the magazine's launch in June, the staff has been adamant about keeping its online presence to a minimum. They've compromised to post an obligatory website and even signed up for a Facebook group. But editors say upkeep of a digital outlet would siphon their focus away from the print product.

"We do have a Flaneur Facebook account because we felt the pressure to do it, and we used it to promote the launch of the magazine, but we do not want to think about what to write on Facebook while I'm actually making the magazine," Gabelmann said.

So why opt for a print-only magazine, instead of publishing it online? One word: passion.

"If your passion is cinema, you're going to make movies," co-editor Gabelmann said. "My passion is print magazines, why would I not do a magazine?"

Beyond personal preferences, she added, it is also a conceptual choice. "If we were like Dazed and Confused, whose mission is discovering the newest artists, it would make a lot of sense to have a website that is updated five times an hour. But we do exactly the opposite. We go into the history of the street, we take our time."

Flaneur could be compared to the British publication Boat. In both cases the reader finds that artsy feeling, the monothematic thread, as well as the attention to lesser-known corners of a big city. In Boat's case, however, each issue covers one city.

Gabelmann, who also works as a freelance journalist, acknowledges the comparison with hyperlocal journalism initiatives, such as Zoom, an online magazine about Oranienstraße in Berlin. But, she says, the two are very different products.

"We are not competitors because they work as journalists and we don't. Of course there are facts in what we write, but we do not write them to inform. Flaneur is not a journalistic medium."

Flaneur is sold in specialized magazine shops, bookshops and museums shops in mostly Europe and the United State. And yes - it's even sold online. The editors sought to sell the publication in London, but it turned out to be impossible for the first issue.

"In London the rent is so much more expensive than in Berlin, that shop owners would only take the magazine if they are sure it would sell, because it takes up space in the shop." Gabelmann said. "I never thought that a magazine had to pay the rent in a shop." 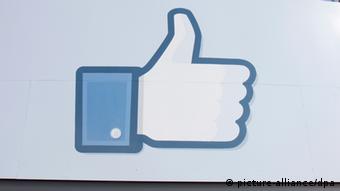 Although Flaneur tries to avoid social media, the editors felt pressured to have a Facebook page

Although the first issue's 1,000 copies sold out in five weeks, the publication is still trying to figure out how to become a sustainable business. At the moment neither the core team, nor the contributing artists are paid for their collaboration on Flaneur. The editors have other jobs: Saul is a musician and a soundtrack composer, and Gabelmann, on top of being a freelance journalist, waits tables in a Berlin café.

"Our goal is to be able to finance ourselves while doing Flaneur, not 12 months a year but just for the time we are actually producing the magazine and to pay our contributors at some point," Gabelmann said.

For now the revenue of the magazine comes from its sales - the magazine costs 11.50 euros per issue - and from advertisement. Messner, Gabelmann and Saul decided not to embed the ads in the magazine but to regroup them on the last pages. They also don't accept paid editorial content.

"I know it's annoying (for the contributors), I've done a lot of unpaid writing, but it's their choice," Gabelmann said. "I hope that the contributors that we work with right now prefer not to get paid, but to be part of a magazine that doesn't have fake content in it. That will make their work more worthy."

For now the team is trying to find a sponsor, such as a cultural foundation, to cover their travel and lodging expenses for the next issue, which will be about a street in Montreal, Canada. Flaneur's target readership is global and local at the same time. On one hand the editors want to appeal to those who already know the street of their choice, on the other, they seek to present the stories and the characters as universal. 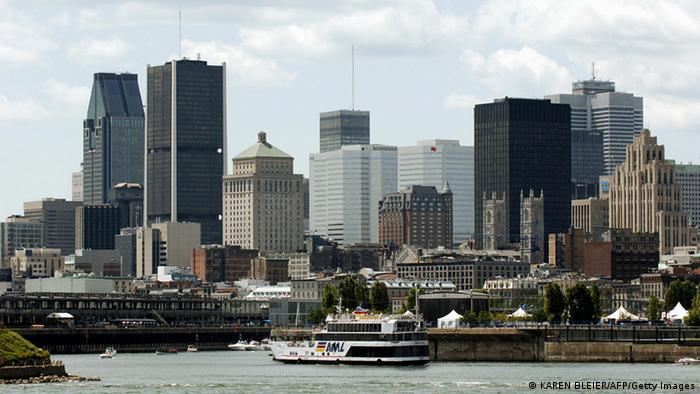 Next up for Flaneur, a mystery street in Montreal, Canada will soon be revealed

"In the end, Flaneur works like a book," Saul said. "You can read it even if you have never seen the street in your life. Since Flaneur is published in English, the global readership seems to be the most relevant one. They plan, however, to insert a booklet in the magazine, where the articles would be translated into the local language of the street.

While a print magazine that focuses on literary pieces may be the quintessential representation of hip, the editors shrug away such simplifications.

"We meet as many people as possible from different scenes and different backgrounds, and all these people have the same importance," Saul said. "We go through the different layers of the street and we are not interested in any kind of hype. Our magazine does not deal with the cool café… Or: 'this a really cool gallery'! We are not trendy, cool, hip…"

There's no definite formula for determining how streets are chosen. The decision remains a mix of mystique and gut-feelings amongst the editors. Where will Flaneur wind up next? Maybe on a street near you…

Don't judge your blind date by its cover

In Berlin, two book lovers from London are encouraging reading in an altogether more intimate atmosphere. (06.09.2013)

The Berlin-based Springer newspaper and magazine publisher is internationalizing and digitalizing in a bid to modernize its business strategy. It's responding to a shift of revenue to the Internet. (06.08.2013)