Why gangsta rap's aggro style appeals to the masses

Rap musicians Kollegah and Farid Bang are provoking outrage with their racist and anti-Semitic rhymes — and the controversy only seems to make them stronger. Why does Germany's youth identify with battle rap? 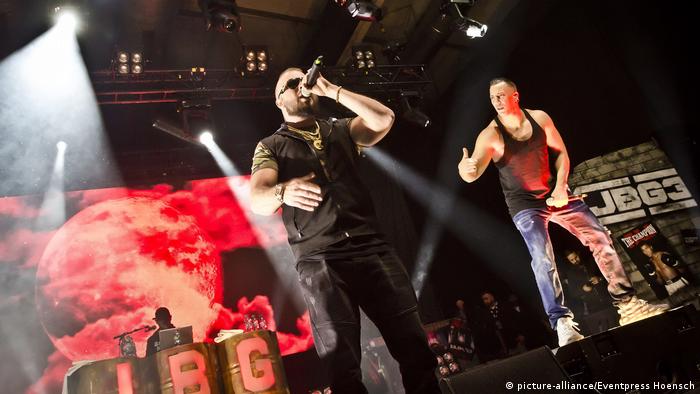 When controversial rappers Kollegah and Farid Bang won the award for best rap album  at the German Echo music awards — despite the record including a song containing anti-Semitic lyrics that compared the singers' ripped bodies to Auschwitz survivors — it was, in ways, no great surprise.

Purveyors of provocative, politically incorrect and macho gangsta and battle rap music built around violent, misogynistic, homophobic and even racist rhymes are topping the album charts around the world.

In Germany, the rap subgenre has been on the rise since the mid 2000s when it was modeled on American rappers like Snoop Dogg and 50 Cent who routinely derided women as "bitches." But the Teutonic variant soon developed a distinctly political flavor.

In 2005, UK newspaper The Independent published an article, "Rap music and the far right: Germany goes gangsta," that described a new racist and heavily misogynistic music genre that was fueled by Germany's then-struggling economy and high unemployment.

Indeed, Berlin rapper Fler was accused of promoting neo-Nazism and nationalism with his 2005 album, "Neue Deutsche Welle" (New German Wave), which celebrated patriotic East Berliner youth, and was promoted with an amended quote from Adolf Hitler. As reported in The Independent, Fler also later accused his producer of being a "money-grabbing Jewish pig." 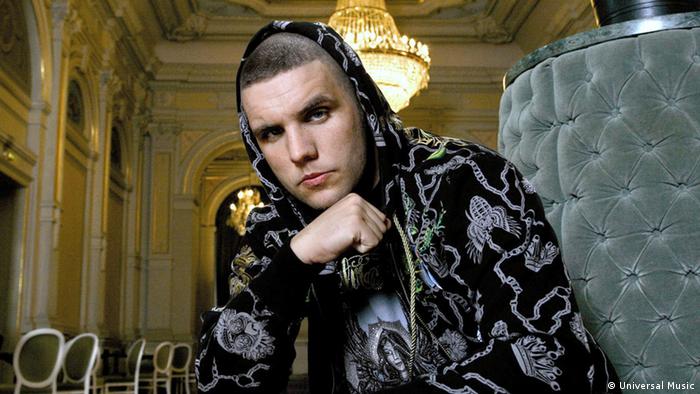 "Those who accuse me of being a neo-Nazi don't have a clue about rap," was Fler's answer to critics

Rebels without a cause

Today, a big part of the appeal of gangsta rap and battle rap is simply rebellion, says Kathrin Bower, Professor of German Studies at the University of Richmond and author of an article on "Minority Identity as German Identity in Conscious Rap and Gangsta Rap."

"The performative stance of the gangsta rapper is that of an outsider and a rebel, someone who deliberately violates rules of social decorum and is celebrated for it," Bower told DW. "The crass celebration of material wealth, misogyny and violence in gangsta rap is in some ways just the latest manifestation of generational rebellion against middle class values, mainstream society and political correctness."

The fact that German Echos are not awarded on artistic merit but pure weight of sales — and hence popularity — reflects the sobering reality that the "hypermasculinity and provocation of gangsta rap appeals to youth of all stripes, ideological and ethnic, in Germany," Bower added.

As proof of this, Kollegah und Farid Bang's album "Jung Brutal Gutaussehend 3" broke records as it was streamed 30 million times within the week of its release. Obviously, many suburban kids are among those listeners.

Despite the massive fallout from the Kollegah and Farid Bang Echo award — with many renowned artists returning their prizes in protest and expected changes in the award process — such public furor will likely spur the kids to further embrace this du jour rebel music. 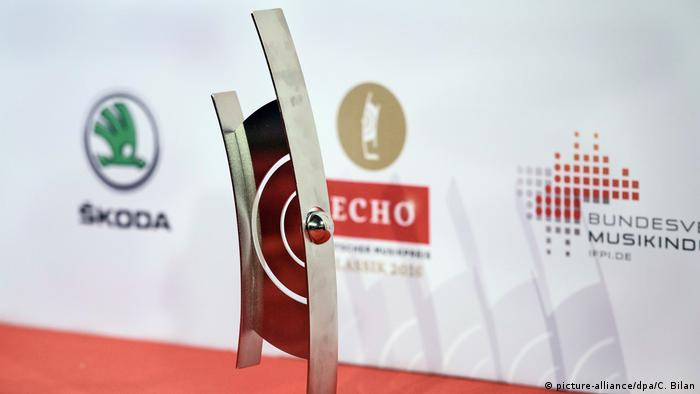 Following the Kollegah and Farid Bang controversy, the organizers of Echo prizes are reconsidering the selection process

German superstar rapper Bushido, a former collaborator with Fler, is often called out for his sexist, racist and homophobic lyrics, his glorification of the 2001 World Trade Center attacks and alleged mocking of Charlie Hebdo victims — he also spent time in an Austrian jail for assault.

Yet his popularity is undaunted, with his 2014 album "Sonny Black," which featured Kollegah and Farid Bang as guest artists, reaching number one on the charts in Germany, Austria and Switzerland.

Indeed, Bushido has been involved in award controversies of his own when in 2011 he was awarded the Bambi Integration Prize, an award recognizing people "with vision and creativity who affected and inspired the German public that year."

"He had engaged in some very public image makeovers and appeared to be cleaning up his act by becoming more acceptable and mainstream," according to Bower. Yet the award was met with street demonstrations and Bambi winners like Heino handed back their prizes.

Ever since, Bushido's inflammatory rhymes have been appealing to a broader and somewhat contradictory segment of both immigrant youth with a Muslim background, and those who identify as white nationalists and neo-Nazis (despite Bushido's Tunisian parentage). 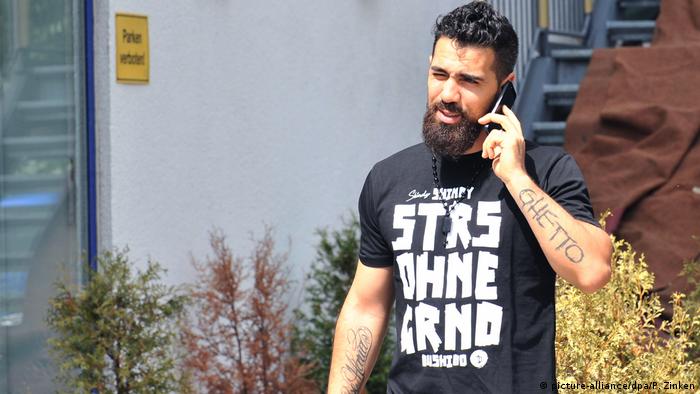 Searching for an identity

But it wasn't always this way. In the Kreuzberg district of Berlin, for instance, Turkish youth have staunchly identified with hip-hop and rap music since the 1980s "as a way to cope with their structural outsiderism in their country of settlement," wrote Ayhan Kaya, professor of politics and director of the European Institute at the Istanbul Bilgi University, Turkey.

While associated with drugs and gang violence, this early variant of rap among German immigrant youth was about finding an identity.

This is still important today, says Kaya, who is currently engaged in a five-year research project that seeks to understand why gangsta rap has become an outlet for "both native right-wing disenchanted youth and Muslim-origin youth."

While Kaya aims to better understand the complex underlying reasons for the appeal of gangsta rap among such diverse youth demographics, he believes that rap provides an outlet for youth who might otherwise turn to far-right or Islamist groups.

"This is actually a positive thing," he told DW. "The radicalization potential among both groups who are equally the victims of the processes of globalization, de-industrialization, social-economic deprivation, alienation and humiliation is being aestheticized and channeled into hip-hop rather than being channeled into destructive forms of radicalism such as the IS or NSU."

Despite this positive note, inflammatory gangsta rap music is bound to lead to further controversy in the future.

Rapper Bushido offended top politicians - and has landed on Germany's list of forbidden music. Publicist and musician Jan Kage explains why he did it, and why Germany deals with scandalous music differently than the US. (19.07.2013)

It's almost unimaginable nowadays, but "Je t'aime" by Jane Birkin stirred an uproar in the late 1960s. Here are 11 well-known songs considered just as scandalous - also in Germany. (14.12.2016)