Why Europeans are losing interest in politics | Europe | News and current affairs from around the continent | DW | 24.03.2014

Voter turnout in Europe is declining, membership in political parties is shrinking. Young people would rather spend their energies elsewhere. Are Europeans turned off by politics? 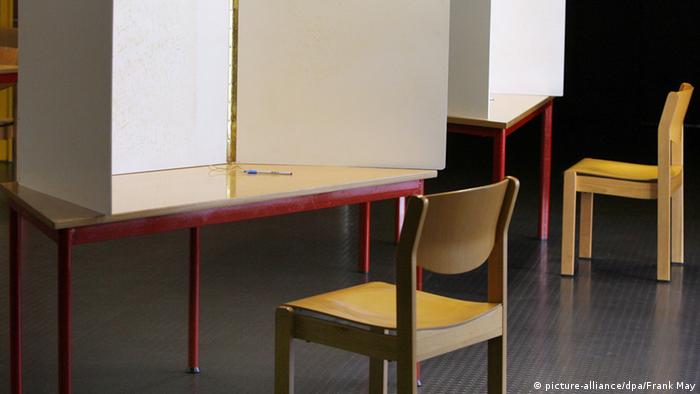 Alexander Oslislo has had his own experience with politics. He has tried out several political parties in his hometown of Aachen on the border to Belgium. "But the vast majority of them are old people and then the way they talk and how they do things - that's a bit odd for young people," he says. Instead, the 20-year-old student has been an active member of Greenpeace for five years. He has organized big demonstrations against coal-fired power plants, for example. He has also been on a boat in the Baltic Sea to warn against oil spills caused by tankers.

Are young people in really becoming less and less interested in politics, and are they rarely ever active? 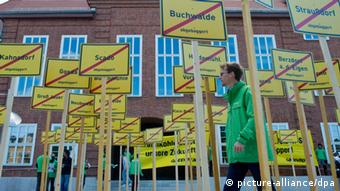 Well, that's clearly not the case when you look at the young Greenpeace activists who meet in Bonn's ecology center once a week. Twenty-nine-year-old Clarissa Figura, also a student, thinks it's great that everybody can participate. She has only been a member for a few months and already coordinates her own group. She focuses on overfishing of rivers and oceans. What she finds irritating about political parties is that it takes forever to climb up the career ladder before you can actually make a difference. "You start off small in your own constituency and it takes a very long time before you become a candidate and can really have a say."

Young people really do want to be politically active, but few believe that traditional political party work is the way to do it, says Heiko Geiling, a political scientist at Hanover University, based on his own experience. But he doesn't believe that that will lead to a situation in which all Germans, for example, are turned off by politics.

"Just look at some encouraging figures," says Geiling. "Forty percent of the population are active doing social, political or other work."

But what Geiling does observe is that an increasing number of people are turned off by politicians. Many, he says, are unhappy about the way political parties present themselves.

"When parties campaign for elections, many perceive it as a bit of a box, and they don't really know what's in the box," explains Geiling. Young people, in particular, he observes, are less and less willing to accept the reality of traditional political parties with their tiresome debates and power struggles. "That means they want to fight for something and see immediate results," he notes.

Parties with no future?

There is currently a lack of young people in Germany's established parties. The number of party members is on the decline, while the average age has been rising. Thirty years ago, one in three members of the SPD, the Social Democrats, were under 35. Today, fewer than one in 10 are.

Heiko Geiling says the parties themselves are to blame. "I have the impression that the political system, or its representatives to be more precise, are blocking the young from entering." He quotes election posters with slogans that have no message, and politicians who put off voters with empty slogans. All of this, Geiling says, is hardly suited to getting people excited about political parties.

That's also apparent when it comes to voter turnout for European Parliament elections: In 1979 nearly 63 percent of voters in the bloc cast ballots. In 2009 only around 43 percent voted in a much-enlarged EU with many more countries. 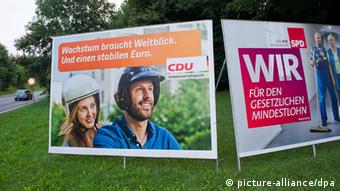 Political scientist Robert Verkamp finds that trend worrying. What he's most concerned about is not whether one in four or five citizens stay at home come election day; Germany's voter turnout is still relatively good compared to other countries in Europe or worldwide. What he sees as a big problem is that there is a certain group of people who don't cast their vote at all anymore. "The non-voters we're dealing with are people who have quit active participation in democracy for good," he explained.

The results are clear in a study Vekamp compiled for the Bertelsmann Foundation: There are only very few non-voters who chose not to cast their ballot out of protest - as a way to make a political statement. "Those who increasingly don't make use of their right to vote tend to be socially weak and less educated."

Verkamp says it's a dangerous trend if that share of society is not represented in the political system anymore. He is afraid that "Germany is inching towards a socially divided democracy." Those non-voters are often not at all interested in topics like the NSA spying scandal or the eurozone crisis.

And not just that. Those non-voters also frequently do not participate in society anywhere else either: not as members of the parents association at their children's school and not on sports teams or any kind of club. This is also true for the younger generation. The gap has been widening between those who actively participate in social and political life - such as Bonn's young Greenpeace activists - and those who ignore it. "Among young people, it's mainly those who come from socially weak or less educated families." The biggest challenge for society, says Verkamp, is to get that group interested in politics. 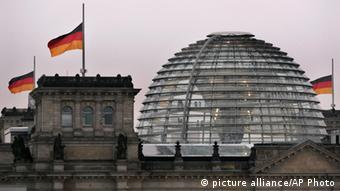 Should the flag fly at halfmast for democracy?

Social scientist Heiko Geiling doubts that the current political system is suited for doing that. It's no longer enough, he says, that citizens cast their ballot once every couple of years at federal or state or European elections and leave the rest up to elected politicians. He favors a system in which there are more possibilities to participate so that people can have a bigger say when things are planned in their immediate neighborhood - from plans to build a new bridge, to raising the entrance fee for the local public swimming pool. "That way we would revamp our representative system through increased participation. That would not just benefit democracy, but also strengthen the political parties."