Why are sexual assaults in Bavaria on the rise?

There has been a sharp rise in the number of sexual assaults reported in Bavaria this year and many of the accused offenders are foreigners. But are the numbers plausible? Experts say no. 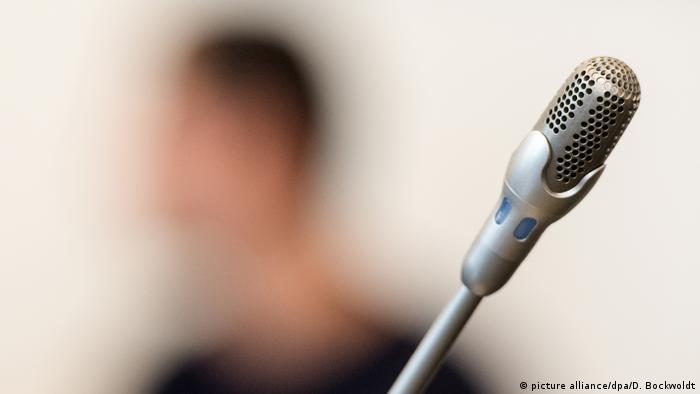 It is rare that a cabinet meeting in the Bavarian chancellery makes headlines across Germany. And when the state's interior minister, Joachim Herrmann, presented Bavaria's latest crime statistics on September 12, they seemed quite positive: fewer break-ins, less theft – so far so good. But then came the bombshell. The number of rapes reported in the first half of 2017, he said, had increased by some 50 percent. Herrmann reported that 685 cases had been filed since the beginning of the year and that 126 of those involved foreign attackers. That particular statistic represents a rise of 90 percent over the same period last year, with 60 more cases having been registered in 2017.

Those are shocking numbers indeed, but criminologists are not entirely willing to accept them as reliable. "The numbers are astonishing," said Ralf Kölbel, a criminal justice expert at Munich's Ludwig Maximilian University. He says that, in his estimation, they cannot possibly reflect the reality of the situation.

A suspect is not a perpetrator 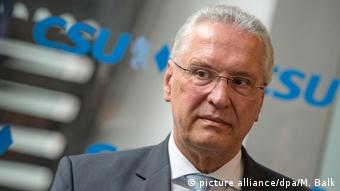 What explains the numbers reported by Herrmann?

How, then, can the sharp rise be explained? The numbers that Herrmann presented were preliminary statistics provided by the state's Police Criminal Statistics unit (PKS). Police investigations are included in the data, which means that not only are convicted criminals represented but also preliminary suspects.

But a suspect is not necessarily a perpetrator. When it comes to giving an accurate picture of crime rates, "crime suspect statistics are not very reliable," explained Christian Pfeiffer, director of the Criminological Research Institute of Lower Saxony.

Foreigners more likely to be accused

Willingness to press charges for sexual assault is very low. An analysis carried out by the Federal Ministry for Family Affairs in 2012 found that only 8 percent of victims of sexual assault reported those attacks to police. Experts suspect that a great number of assaults that occur within the family or at the workplace go unreported.

In cases in which the victim and perpetrator are strangers, however, the willingness to report crimes increases. "Foreigners are always more likely to face charges for violent acts than locals," said Pfeiffer. His institute interviewed some 20,000 German youths for a study it published in 2017 on willingness to press charges. 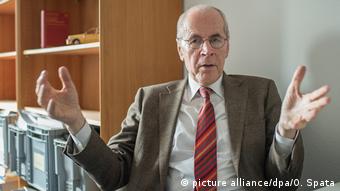 The sharp rise in crime numbers could also indicate an increased willingness to press charges, said legal expert Kölbel. That is actually a good sign. After the sexual assaults that took place in Cologne during New Year's Eve celebrations in 2015, the topic became very public. "The discussion related to the phrase 'no means no' may have contributed to an increased willingness to report such crimes," said Kölbel. That also applies to people that may have been victims in the past. Police generally only publish statistics on closed cases, so numbers do not necessarily relate to when a crime actually took place.

With the expansion of statutory offenses, more cases now fall into the category of sexual assault, thus more cases are also being investigated. Therefore, said Pfeiffer, a rise in cases was to be expected. So, now that the willingness to press charges has gone up, one also gets the impression that crime rates have in fact gone up, said statistician Walter Krämer from the Technical University of Dortmund. "That is one of the typical pitfalls of crime statistics."

There are also some statistical groups that simply cannot be compared: For instance, crime statistics differentiate between locals and immigrants, but those groups often represent very different groups when it comes to age and gender structure, said Pfeiffer. There are many young men among Germany's immigrant population, but the local population is much older. In its 2016 "Crime in the Context of Immigration" report, the Federal Criminal Office (BKA) confirmed that the two groups could not be compared for exactly that reason.

The power of numbers

But why are numbers so quickly given credence? "Numbers exude a certain authority," said Krämer, "and they often fit someone's argument." 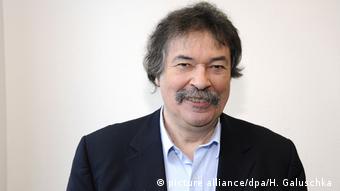 "Normally, half-year statistics are not published because they just aren't reliable," said criminologist Pfeiffer. "I get the impression that someone is using them because they fit the bill," he added, "perhaps because we are in the middle of an election and one can score political points on the subject."

Simply looking at statistics without thinking about what they really represent can easily lead to false interpretations. After presenting his statistics, Bavarian Interior Minister Herrmann was quick to add that "our goal is to more effectively target perpetrators of sexual assault, also in asylum centers." He continued by saying that one part of that targeting was "effectively limiting immigration and being consistent about deporting those who have been denied asylum."

Nevertheless, the minister was unable to provide any explanation for the statistical rise during the cabinet meeting. "Our police experts are currently working on a detailed analysis of the data," said Herrmann.

Krämer wasn't surprised: "We are looking at the well-known phenomenon illustrating the fact that correlation and causality do not always have anything to do with one another," he said, adding that may be the case but those numbers are already being used for political means.