Who will get the San Jose treasure?

Off the coast of Colombia, researchers have found a shipwreck supposedly filled with jewels and gold pieces. But even before they've started to recover the treasure, there's an argument over who may get to keep it. 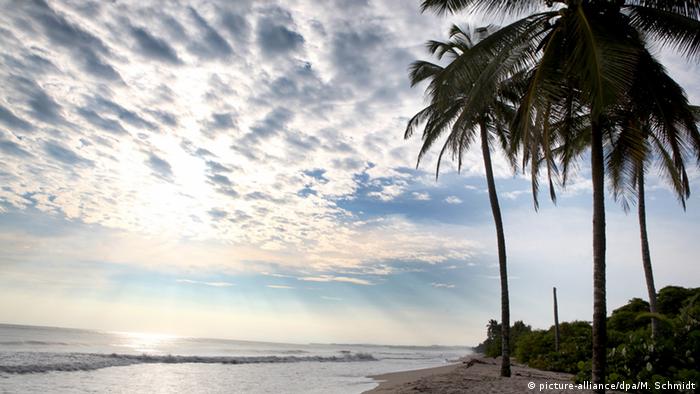 This is the biggest cultural find in the history of humanity - well, according to Juan Manuel Santos at least. The Colombian president was visibly proud as he spoke about what could be buried inside the 300-year-old San Jose galleon, which was recently found on the bottom of the Caribbean Sea.

"We will build a big museum, just like they do in the Scandinavian countries," he said, before cheekily adding, that this discovery is actually more significant than anything that has been found in those countries.

He does have a right to be excited. Researchers predict that 11 million gold pieces and 200 tons of jewels are still buried in the ship. That could be worth anywhere between $3 billion and $17 billion (2.75 billion euros and 15.58 billion euros) in today's money. So far, however, the team of Colombian and international scientists has only identified the ship's canons and ceramic containers seen on the underwater photos. 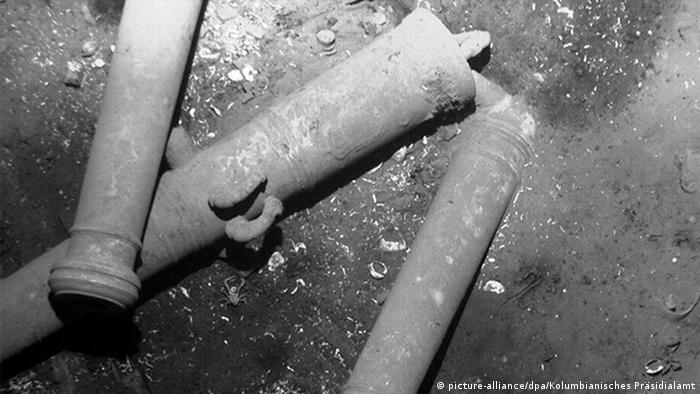 So far, it's just canons and ceramics: underwater pictures of the San Jose

The galleon was found not far from where Santos held his speech, just off the Colombian coast. On June 8, 1708, the square-rigged ship with three masts was on its way to Spain. But the San Jose didn't get far. A number of pirate ships, sailing under British flags, opened fire on the boat. Finally, between the Rosario Islands and the Baru peninsula the boat went down. This was a time when various European countries were grappling for supremacy worldwide, as they jostled to take over from the Habsburgs.

"Attacks on Spanish boats overseas by the English were commonplace," said Nikolaus Böttcher, a historian at the Free University of Berlin. "It was done to weaken the Spanish royal family." 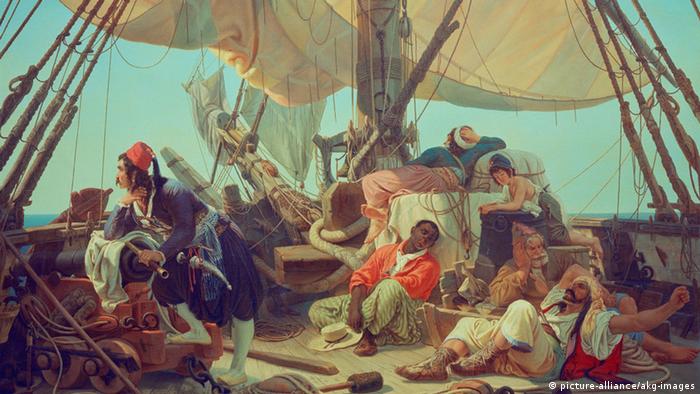 In the 16th and 17th centuries, pirates made life difficult for Spanish ships

The reports of jewels and gold coins could well be accurate, Böttcher added. In one attack in 1628 off the coast of Havana, Dutch pirates were able to seize so much capital from a boat that they used the wealth to completely fund their colonization of north Brazil.

"The Spanish ships traveled back to Europe once a year - or even less regularly at the start of the 18th century," Böttcher said. "They were often transporting all the combined wealth from a colony."

Everyone wants a piece of the pie

It didn't take long for the current Spanish foreign minister to stake a claim for the San Jose treasure. Jose Manuel Garcia-Margallo said that since the boat was flying a Spanish flag, the shipwreck should belong to Spain.

But Colombia has international maritime law on its side. According to law, anything found up to 12 sea miles (around 22 kilometers) from the coast of a country, belongs to that country.

Spanish State Secretary Jose Lassalle and the Colombian Culture Minister Mariana Garces have already met to talk about it. Parties said they wanted to sort out ownership of the treasure via a diplomatic agreement.

Böttcher said he had seen this sort of ownership issue before, and that Spain often lays claim to its old, recovered ships. The country relies on UNESCO rules that regulates the protection of objects discovered on the ocean floors. According to that agreement, sunken war ships belong to the state of their origin.

Spain has already won cases on these grounds. A US court decided in 2012 that Odyssey Marine Exploration had to return a 2007 find they made to Spain. The company had found half a million gold and silver coins off the coast of Portugal. Spain took the matter to court and won - after four and a half years of legal battles.

When private business gets involved

Complicating matters further, a private company also wants to lay claim to the San Jose treasure. The Sea Search Armada company said that it first found the wreck at the start of the 1980s and therefore are also entitled to part of the value of what is on board. 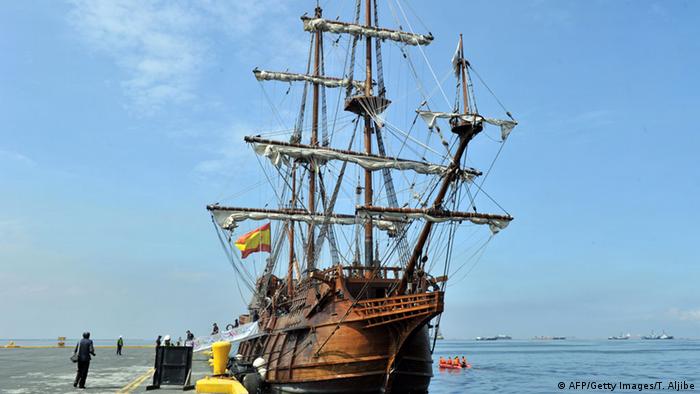 A reconstruction of a 17th century Spanish galleon

It is expected that the recovery of the treasure from the San Jose could take some time. At the moment, researchers have only been able to get close to the wreck with underwater drones.

Meanwhile, private adventurers continue to search the Caribbean for other forgotten shipwrecks. Experts believe there are around 3 million of them buried underwater worldwide. Only 10 percent of them have gold, silver, porcelain and jewels on board, but the fact that the legal situation of the boats is often unclear, means private companies will always have a vested interested in going after the sunken treasure.