Officials hope a coordinated effort to launch a new vaccine worldwide will finally eliminate the polio virus. But going from a handful of cases to absolute zero is more difficult than it sounds, and will cost billions. 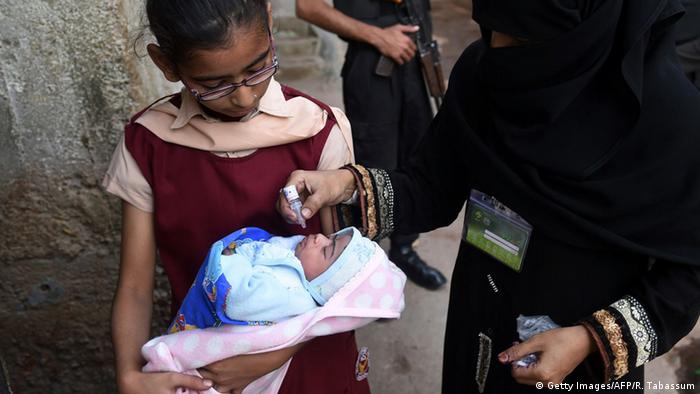 More than 150 countries and territories launched a new effort on Sunday that health experts hope will lead to the complete eradication of the polio virus within the next year or two.

Polio cases are currently just a fraction of the 1 percent of cases known in 1988, when 350,000 cases were recorded in 125 countries around the world. 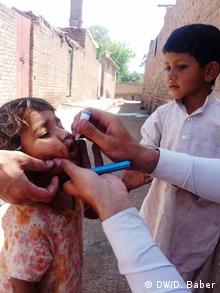 But eliminating the last strands of the virus could prove tricky, in part because it involves a well-synchronized switching of vaccines across the globe - and that starts today, according to the World Health Organization (WHO).

The switch needs to be coordinated to prevent outbreaks in places where the old vaccine is no longer being used. The changeover is due to be completed by May 1.

Thousands of monitors will be deployed around the world to confirm that the problem vaccine is no longer in use, according to the WHO.

The old (trivalent) vaccine is geared to inoculate people from three strands of the virus. But the second strand has already been successfully eliminated in nature and now only exists through the vaccine. This is now the cause of most vaccine-caused infections, as it can gestate in the gut and be passed on to others via fecal-contaminated water.

The wild version of the virus now exists only in Afghanistan and Pakistan.

The new (bivalent) vaccine is designed to inoculate recipients from only two strands (one and three) of the virus.

There have only been 12 cases worldwide this year, in Pakistan and Afghanistan, so the prospect of spending $5.5 billion (4.9 billion euros - the cost estimated by the Global Polio Eradication Initiative) to eliminate polio may seem exorbitant.

But Michel Zaffran, the WHO's director of polio eradication, said even more money will need to be spent to keep the disease from coming back.

"Taking our foot off the pedal now could mean polio will within a few years spread straight back into large parts of the world and create 100,000 or 200,000 cases," Zaffran said. "The job has not been done and will not be done until we have fully eradicated the virus."

A suicide blast has rocked a polio vaccination center in Quetta, Pakistan, killing at least 14 people and wounding around 20 others. The blast came before vaccination teams were due to launch an immunization program. (13.01.2016)

Pakistan: 'No policy to detain parents for refusing polio vaccines'

Pakistan recently detained hundreds of parents who refused to vaccinate their children against polio. The country's polio eradication coordinator talks to DW about the detentions and the efforts to eradicate the virus. (04.03.2015)

A survivor's fight against Polio in Nigeria

Despite stark opposition by religious extremists to vaccination programs, Nigeria has recently seen a concerted effort to eradicate polio. We meet Abdullahi Rilwani, a survivor who has become an anti-polio campaigner. (03.02.2016)