A suicide blast has rocked a polio vaccination center in Quetta, Pakistan, killing at least 14 people and wounding around 20 others. The blast came before vaccination teams were due to launch an immunization program. 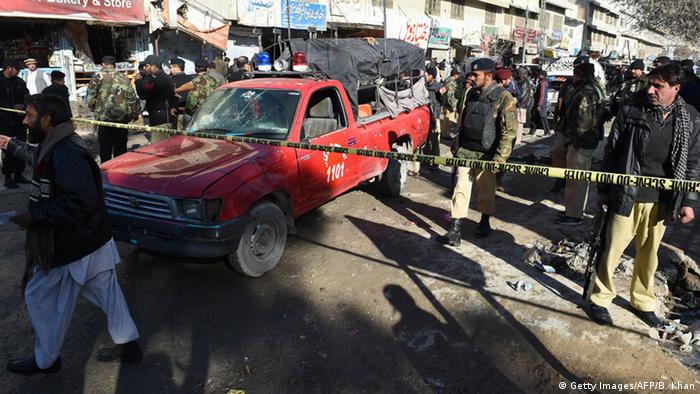 Pakistani officials said at least 14 people have been killed in a bomb attack outside a polio vaccination center in the southwestern city of Quetta on Wednesday. The attack appeared to target police, and came before vaccination teams were due to launch a three-day immunization campaign.

"There are 15 dead, including 12 police, one paramilitary and two civilians," a local official told the news agency AFP. The official added that at least 10 people had been wounded in the blast, nine of whom were police and one a civilian.

The police chief of Balochistan, of which Quetta is the capital, told the news agency Reuters that the attack "was a suicide blast."

No group has made claim to the attack, but the Islamist militant group al-Qaeda has been linked to it after previous acts against polio centers and on health workers. 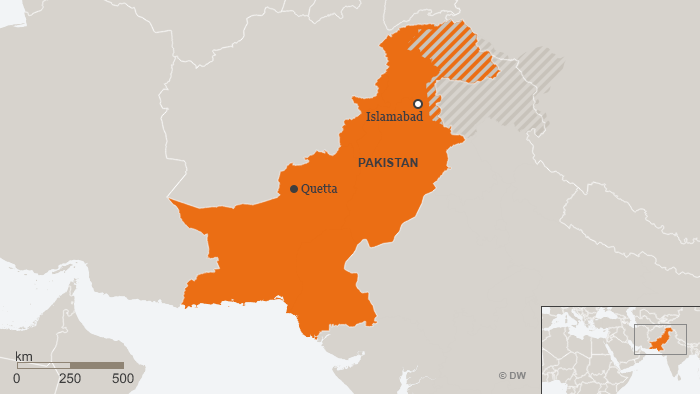 Militants have claimed that polio vaccination programs are a front for espionage or used to sterilize Muslims.

Islamic clerics have told their followers that the West conspires against Muslims, and that they use a substance found in the polio vaccination to sterilize Muslim men.

The clerics also point to the case of a Pakistani doctor who was said to have run a fake vaccination program for the Central Intelligence Agency (CIA) to help track down al-Qaeda chief Osama bin Laden.

"Far fewer parents are refusing the vaccine, while the number of newly infected children so far this year is less than 40," the polio chief told the German news agency dpa.

However, Pakistan is still at risk, as more than 35,000 children are said to be without the polio vaccination.

Last year Pakistan declared a national emergency when a record 306 cases where tallied, the highest since 1998.