Who is Salih Muslim, the Syrian Kurdish leader wanted by Turkey?

Turkey has been requesting the extradition of Salih Muslim from several European countries. But who is the Syrian Kurdish leader? 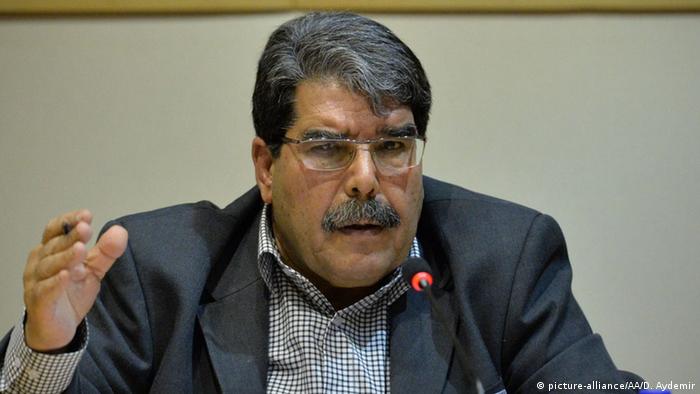 Salih Muslim, known as the leader of the Syrian Kurds, is wanted by Turkey, which has requested his extradition from several European countries on terrorism charges.

Muslim is a former co-chair of the Democratic Union Party (PYD), the dominant Kurdish political party in Syria that he helped found in 2003.

The PYD is the political wing of the People's Protection Units (YPG), which Ankara considers to be a "terrorist group" with ties to the banned Kurdistan Workers' Party (PKK) fighting a three-decade-long insurgency against the Turkish state that left nearly 40,000 people dead.

The YPG is the main component in the US-backed Syrian Democratic Forces (SDF) fighting against the "Islamic State." US support for the SDF/YPG has been a major source of tensions between the two NATO allies, especially since a Turkish military intervention in January against the Kurdish-held enclave of Afrin in Syria.

The 67-year-old has been wanted by Turkey in connection with a February 2016 bombing in Ankara that killed 30 people. He denies any connection to the attack, which was claimed by a hardline PKK splinter group, the Kurdistan Freedom Falcons (TAK).

In February, Turkey elevated Muslim to its most-wanted list and offered a $1 million (€810,000) reward for his capture. He faces 30 life sentences if convicted.

It is unlikely that any EU country would act on a Turkish extradition request, not least because of the deterioration in the rule of law in the country. 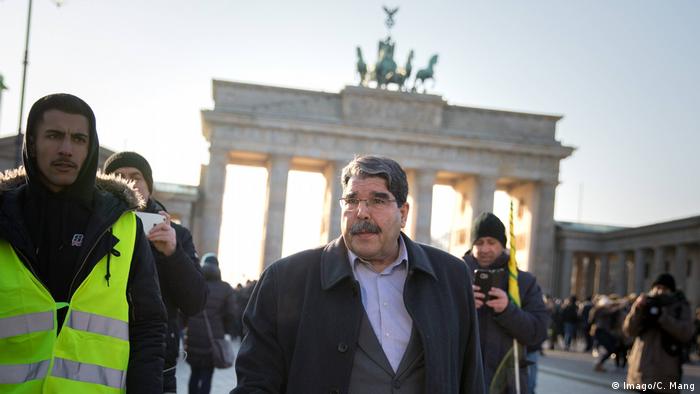 Salih Muslim at a March 3 demonstration in Berlin against the Turkish military operation against the Kurdish-held enclave of Afrin in Syria.

Since stepping down as the head of the PYD in 2017, Muslim has been a foreign representative of TEV-DEM, the governing political coalition in the autonomous Kurdish region of Rojava set up in Syria during the civil war there.

TEV-DEM and the PYD seek confederalism, or "democratic autonomy," in post-civil war Syria. Turkey views this as a threat.

The movement's ideology and political objectives are inspired by Abdullah Ocalan, the PKK leader who is serving a life sentence since being captured by Turkey in 1999.

Ocalan and the PKK were based in Syria from the late 1970s until 1998, when former Syrian President Hafez al-Assad booted the group out under threat of military intervention by Turkey.

Before the start of the Syrian civil war in 2011, about one-third of PKK fighters and some of its top leadership were Syrian Kurds. With the outbreak of the war, thousands of PKK fighters, mostly Syrian Kurds, went to Syria to defend Kurdish areas against various rebel factions, including several Islamist groups backed by Turkey. 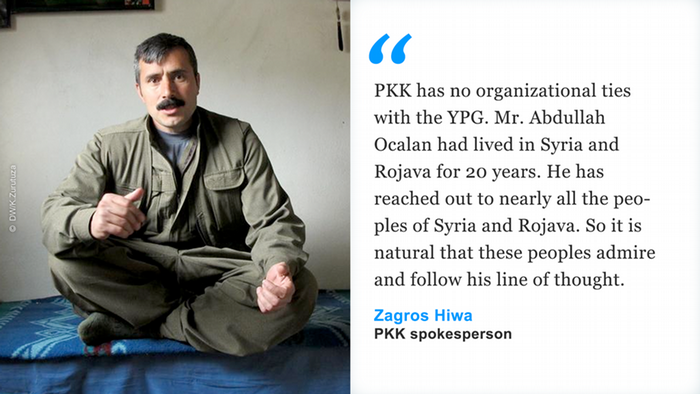 Muslim's son, a member of the YPG, was killed in combat fighting the al-Qaeda linked al-Nusra Front in 2013.

"He is a martyr of the Kurdish people, he died defending his honor and people. We can live without anything, but never without our honor," the PKK-linked Firat News Agency quoted Muslim as saying in 2013.

The PYD/YPG/SDF have had a tacit understanding with the regime in Damascus throughout the war, due to shared concern about Turkey and jihadists.

The PYD/YPG maintain that they are separate from the PKK, although they share the same leftist-liberationist ideology. The PYD/YPG claim their political objectives are only aimed at Syria, not Turkey.

The PYD falls under the umbrella of the pan-Kurdish nationalist umbrella group, the Kurdistan Communities' Union (KCK), which includes the PKK and its Syrian, Iraqi and Iranian branches.

Muslim, a Syrian citizen born in Kobane, speaks Turkish and English and received training as a chemical engineer at Istanbul Technical University during the 1970s. It was there that he became involved in Kurdish politics.

Until 2015, Turkish officials were in regular contact with Muslim as Ankara pursued a peace process with the PKK that ultimately broke down.