Who is really helping the WHO?

The World Health Organization (WHO) holds its General Assembly in Geneva this week. The organization faces criticism for its growing dependence on the pharmaceutical industry. 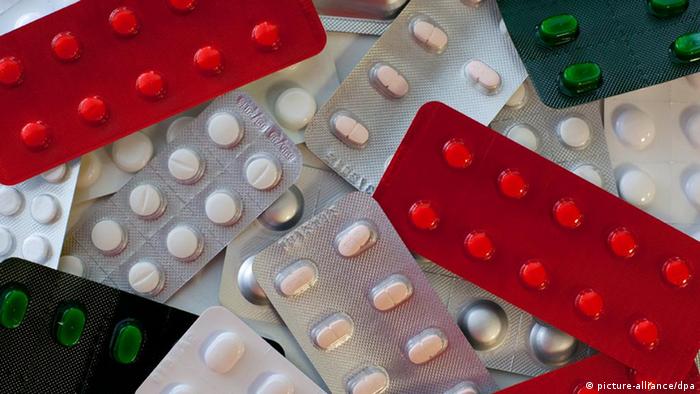 With more than 8,000 employees, the World Health Organization (WHO) is the United Nation's single largest special organization worldwide. Its central mission is to fight disease and promote the best possible health care for all people. The organization has been successful in fighting infectious diseases and reducing tobacco consumption around the world.

The "People's Health Movement," a network of non-governmental organizations (NGOs) focused on health policy from more than 70 countries, has criticized the pharmaceutical industry's growing influence on WHO as well as the organization's increasing reliance on private donors.

Founded in 1948, WHO is funded entirely by the annual obligatory contributions of its members, who have meanwhile grown to 194. But 30 percent of the contributions to WHO's 2011-2012 budget, totalling US $4.9 billion, came from private donors or were voluntary government grants. And much of this money flowed from countries that are home to some of the world's largest pharmaceuticals companies.

That is a problem, according to Thomas Gebauer, managing director of the medical relief organization Medico International, which is a member of the People's Health Movement. "These contributions are earmarked for specific purposes, allowing the donors to directly influence WHO's work," he said. And that, he added, has consequences far beyond the loss of democratic decision-making. 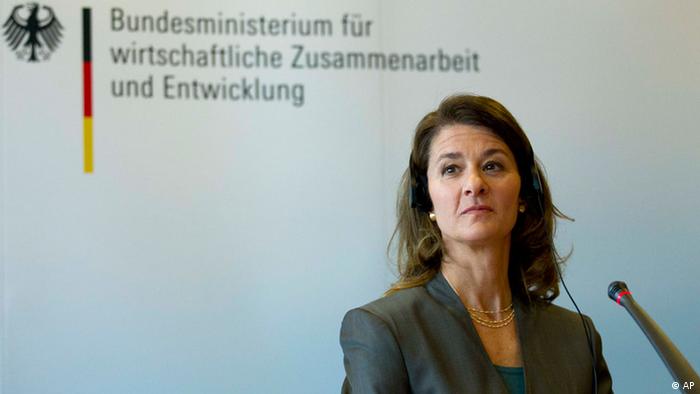 According to NGOs engaged in the People's Health Movement, commercial interests have a growing influence on WHO's goals and strategies. The Bill & Melinda Gates Foundation is a prime example. With contributions of about US $220 million, the foundation is the second largest donor to WHO's current budget - after the United States and before the United Kingdom in third place. The Gates foundation generates its income mainly from fixed assets.

"The lion's share of the $25 billion that Gates was able to invest in health programs around the world in the past 10 years stemmed from returns from well-known companies in the chemical, pharmaceutical and food industries whose business practices often run counter to global health efforts," Gebauer said.

Gates has also made a fortune from defending intellectual property rights, according to Gebauer. His foundation prefers to support patented medicines and vaccines instead of promoting freely accessible and less expensive generic products.

"If Gates brings WHO to back such patented vaccination programs, both vaccine producers and their shareholders, like the Gates Foundation, stand to benefit," Gebauer said. This would come at the expense of people in the world's poor countries whose governments are unable to afford typically expensive vaccination programs.

The H1N1 "swine flu" influenza showed just how much influence the pharmaceutical industry and its supporting foundations actually have. In June 2009, WHO was advised by its standing vaccination committee to issue its highest alert for the H1N1 pandemic. 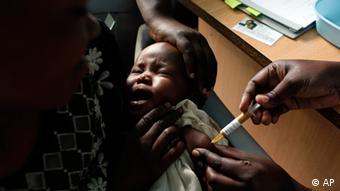 Malaria vaccination programs are costly for many poorer countries

Among the members and consultants of the commission were scientists who had contracts with the manufacturers of Tamiflu and other "anti-flu" drugs. The global vaccination program that WHO set in motion with its pandemic alert turned into a billion-dollar business for these companies.

For a "perfectly ordinary flu" to escalate into a dangerous pandemic, WHO lowered the criteria for pandemic alerts before the first case of H1N1 had been known, according to the Council of Europe. Also, health officials around the world committed contractually to purchases with vaccine manufacturers.

Another factor is that WHO's core public health policy and financing tasks have been outsourced and thus removed from the democratic control of its member states, according to Alison Katz, who had worked for 18 years in the WHO headquarters in Geneva.

"Take, for instance, the Global Fund that was set up to combat the three major killer diseases in the Third World: AIDS, tuberculosis and malaria," said Katz. "WHO, which is responsible for populations in its members states, isn't even represented in it."

The fund focuses on treating these diseases with pharmaceutical products and medical devices rather than promoting prevention measures, critics say, arguing that such measure generate no profits for companies. 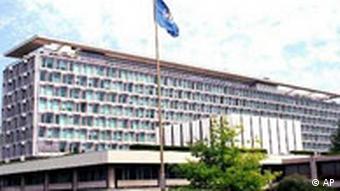 WHO is headquartered in Geneva

Together with other former WHO employees, Katz founded the "Initiative for an independent WHO," which regularly demonstrates in front of the WHO headquarters.

Poorer developing countries among the WHO members are also pushing for change. They urgently require support from the WHO to implement national prevention measures and strengthen their national healthcare systems.

But critics don't expect the WHO to change its course anytime soon. The reform proposals submitted by WHO Director General Margaret Chan to the General Assembly are "purely cosmetic," according to the People's Health Movement. They would not reduce the WHO's problematic dependence on private donors and the pharmaceuticals industry.

The H1N1 pandemic long seemed like a looming catastrophe - but it never came. Now, the World Health Organization investigates allegations that it exaggerated the danger, boosting the profits of pharmaceutical companies. (19.01.2010)

Out-of-date swine flu immunizations that were bought by Germany amid fears of a pandemic two years ago are to be destroyed. The number of people who wanted the vaccine at the time was lower than expected. (17.08.2011)

'Pharmacy of the poor' allows copy of German cancer drug

The Indian Patent Office in Mumbai has allowed a domestic firm to manufacture a generic copy of a cancer drug patented by German pharmaceutical giant Bayer AG. (14.03.2012)