WHO examines claims over exaggerating swine flu danger | World | Breaking news and perspectives from around the globe | DW | 19.01.2010

The H1N1 pandemic long seemed like a looming catastrophe - but it never came. Now, the World Health Organization investigates allegations that it exaggerated the danger, boosting the profits of pharmaceutical companies. 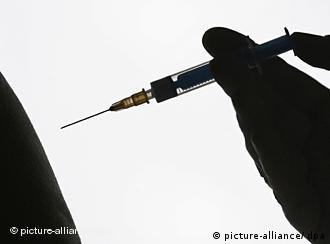 WHO is accused of exaggerating the swine flu threat

Amid criticism that it exaggerated the dangers of swine flu, the World Health Organization (WHO) has begun a week long meeting in Geneva. Critics accuse the organization of having been too quick to proclaim a pandemic.

Many European countries have invested millions of euros in buying vaccines which some believe are now unnecessary. In June 2009, the WHO declared the outbreak of an H1N1 pandemic and urged countries to prepare for the worst.

There was talk of a global death toll in the hundreds of thousands, but six months later, around 13,000 people are known to have died, far less than the annual death toll from seasonal flu. The WHO stands accused of overplaying the severity of the illness – even of announcing a fake pandemic, and thereby boosting the fortunes of the pharmaceutical industry. It's a charge that assistant director general Keiji Fukuda denies. 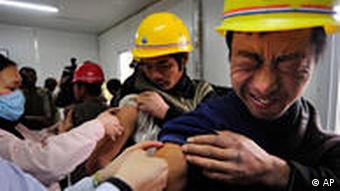 Drug companies made a fortune from worldwide vaccine sales

"It is a real pandemic," he said on Monday in Geneva. "The allegation by some that the H1N1 is a fake is both scientifically wrong and historically inaccurate."

Nevertheless many European politicians have serious questions to ask the WHO. Hospitals made huge changes to health priorities to prepare for swine flu while governments bought tens of millions of doses of vaccine, most of them still unused.

British member of parliament Paul Flynn wants an investigation into exactly how the pandemic was handled. "We want to know who decided the level of risk," he said. "Was it decided on medical and health grounds or was it decided to meet the priorities of making profits of the pharmaceutical organizations. The great danger is that having cried 'wolf' on avian flu and on swine flu, nobody is going to trust the World Health Organisation if they come out with another threat, with another scare story in the future."

On Monday, Greece cancelled a third of its swine flu vaccination orders and sought compensation for the advances it paid to the big companies that provide them, the health ministry said. The Norwegian health ministry made a similar move, agreeing a deal with British pharmaceutical giant GlaxoSmithKline (GSK) to reduce its number of vaccines by 30 percent.

"We will pay only for the deliveries we have received", Greece's health minister said at a press conference, adding "the country demands the refund of the advance orders", from GSK, and two other pharmaceutical firms Novartis and Sanofis.

In Norway the ministry of health announced a deal with GSK identical to one the pharmaceutical giant signed with Germany and Belgium, allowing the country to save around 24.6 million euros ($35.4 million).

The Greek government cancelled 12.3 million of its flu vaccine orders, from a total of 16 million originally destined for the 11 million Greek population, while Norway had ordered 9.4 million vaccinations from GSK, foreseeing two doses for each of its 4.8 million citizens, in accordance with the recommendations at the time from health authorities. 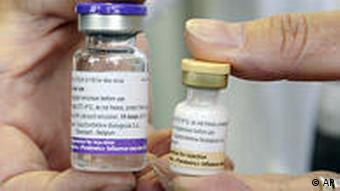 A damaging claim has also been made that the WHO may have been influenced by the big drug companies, keen to make large profits on a new vaccine. At least some former WHO pandemic specialists now work for the companies producing the vaccine, but Fukuda says the WHO's rules on conflict of interest are clear.

"The WHO requires experts who provide advice to the organization to declare all their professional and financial interests," he says. "Including funding received from pharmaceutical companies or consultancies or other forms of professional involvements of these commercial interests."

And he adds that criticism would have been much louder had the WHO and governments acted less vigorously in the face of the swine flu threat. "No health authority - including the WHO - can afford to sit back before making decisions. The WHO and other responsible health authorities have adopted a precautionary approach; that means we have tried to prepare everyone for the worst in the hope for the best."

But this is a debate that won't go away – next week in Strasbourg, the council of Europe is set to hold an emergency debate on the swine flu pandemic – WHO officials and executives from the vaccine producers will be required to attend.

The German government has ordered 18 million more vaccinations against swine flu. But two-thirds of Germans say they don't want to be immunized. (09.09.2009)