Health and scientific organizations deny claims that the swine flu threat has been exaggerated as the number of global infections and deaths from the H1N1 virus begin to slow down. 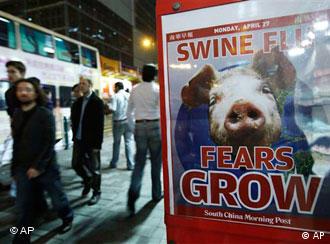 Some question the level and accuracy of the swine flu threat

Rather than being relieved that current figures show less death and destruction being caused by the swine flu than first predicted, some quarters of the international media and a section of the global public are becoming perplexed over why the H1N1 virus has not reached the devastating scale initially predicted.

In Europe, sections of the British and French media have accused medical experts of exaggerating the threat. Britain's Independent newspaper led with a front page headline last week which asked "Pandemic? What Pandemic?"

France's Le Parisien ran a story about the gap between the predicted impact of H1N1 and the less dramatic reality. "Although some 30-odd people have died, the disease is not really frightening," the French paper wrote.

With many European countries continuing to report new cases - the Robert Koch Institute in Germany reported this week that infections had doubled in the last seven days, and Hungary declared an epidemic as over 22,000 people complained of flu-like symptoms - health officials have said there's no reason for countries to let down their guard.

"We are still seeing hundreds and thousands of cases, especially in the temperate zones of the Northern Hemisphere," Gregory Haertl, the leader of the World Health Organization's H1N1 Global Alert and Response team, told Deutsche Welle. "Most cases have been mild, but we need to be prepared."

Reactions to a changing threat 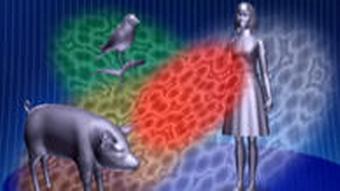 Some fear that the current lull may be followed by mutation

But on a global scale the spread of the virus is slowing, according to the WHO. Fatalities around the world are also decreasing: 179 people died of the virus last week, down from 224 a week earlier and an estimated 700 in the last week of October.

In Britain, one of the European countries affected most by the pandemic, the predicted number of deaths has been revised down twice from the initial figure of 65,000 and now stands at around 1,000. This is considerably lower than the UK's average annual toll of 4,000 to 8,000 fatalities from seasonal winter flu.

"Predictions were based on the first figures of fatalities from Mexico, and these were released after the outbreak had been spreading for some time," Karl Ekdahl, head of the Health Communication Unit at the European Center for Disease Prevention and Control in Stockholm, told Deutsche Welle. "Our predictions were then toned down when we learnt more about the virus and how it spread." 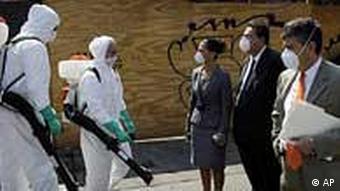 Forecasts were based on data, not a worst-case scenario

News that the numbers of infections and deaths are slowing has given rise to media reports that the swine flu threat may have been exaggerated and that the public may have been informed of a worst-case scenario rather than an accurate forecast.

Looking back on preliminary forecasts of up to 65,000 death in the UK alone, the Independent's health editor Jeremy Laurance wrote recently that scientists were extremely sensitive about possibly being wrong about swine flu's scope.

"Speaking to virologists in recent days, I sense a certain defensiveness, a reluctance to accept that, potentially, they may have overdone it on flu," he wrote.

Scientists, however, rejected such accusations.

"The World Health Organization has not and will never follow the policy of promoting a worst case scenario to the public," said Haertl "We have not given any scenarios for H1N1. What we have done is warn people and governments of the potential challenges and concerns in relation to this pandemic."

Scientists and health authorities have also warned that the current figures and reports of statistical manipulation should not lull the public into a false sense of security. While the situation currently looks better than predicted, the virus could still mutate, Ekdahl said.

"We have no idea what may happen next," he added. "In the worst case, the virus will mutate but we haven't seen much evidence of that so we can say at the moment that there is no immediate threat of mutation but it is too early to say." 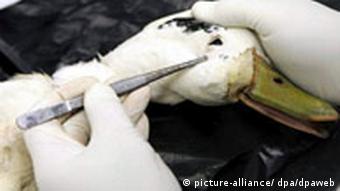 Health experts were preparing for an avian virus not swine flu

Lack of an accurate model to serve as the basis of H1N1 infections left researchers making initial predictions from a position of uncertainty.

"We didn't have a historical precedent for this pandemic, and we were planning for an outbreak of the avian flu not a swine flu," Ekdahl said. "We were all planning for the potential mutation of the avian flu over the next three to five years into a person-to-person transmittable disease."

Planning for any influenza outbreak is difficult because, by its nature, influenza viruses are highly unpredictable, with outbreaks happening at random intervals and taking on very different characteristics than previous pandemics, Ekdahl said.

"We can only work from assumptions, what we believe the virus will do," he said. "We do plan for the worst-case scenario and this can often produce figures which are thankfully never met."

While Ukraine continues to combat what the UN health agency has called a "rapidly evolving" influenza outbreak, governments in the region have stepped up efforts to keep the virus from crossing the border. (12.11.2009)

Several people in Germany died on Friday from the swine flu, including one woman who had been otherwise healthy. Swine flu-related deaths are on the rise around the world as the cold and flu season begins in earnest. (31.10.2009)

The World Health Organization predicts that there will be a rapid and global spread of swine flu in the coming months and has urged governments to step up their precautionary measures. (21.08.2009)