Several people in Germany died on Friday from the swine flu, including one woman who had been otherwise healthy. Swine flu-related deaths are on the rise around the world as the cold and flu season begins in earnest. 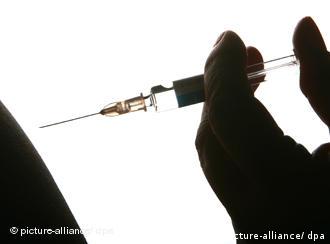 There were two confirmed deaths from H1N1, or the swine flu, on Friday, and a newspaper has reported one additional fatality, bringing the German death toll up to six.

One of these, a 48-year-old woman from Bonn, was the first to have succumbed to the flu despite enjoying otherwise good health.

The woman "had no known medical history which would explain such serious illness," said Bonn's University Hospital on Friday evening.

Where the woman was infected remains unclear.

Also dead were a five-year-old boy in the federal state of Saarland who was also suffering from pneumonia and, according to a newspaper report, a sixteen-year-old in Bavaria who was reportedly severely disabled.

All fatal cases of swine flu in Germany had, until Friday, been caused by complications associated with other illnesses or conditions. German authorities fear a surge in cases as the flu and cold season continues.

"There could be a second wave of pandemic influenza beginning in Germany," said director of the Institute of Hygiene and Public Health at the University Clinic in Bonn, Martin Exner.

However, most of the swine flu cases in Germany so far have been mild, he added.

In the past week, according to the World Health Organization, the number of swine flu-related deaths jumped up by 700, to more than 5,700.

Ukraine on Friday announced the implementation of some of Europe's toughest measures to combat swine flu, closing schools and cinemas and banning public gatherings for at least three weeks.

The moves ordered by Prime Minister Yulia Tymoshenko came after the country confirmed at least four swine flu-related deaths, Ukraine's first since the outbreak started in Mexico and the United States last April. 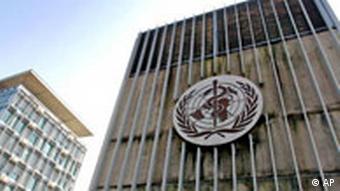 The Ukrainian government is also to implement a "special system" to limit unnecessary travel. It is reportedly considering a quarantine in the west of the country, where the virus has been concentrated, or possibly a quarantine of the entire country.

The World Health Organization's latest figures estimated that at least 281 had died from swine flu in Europe.

"With the number of cases that are currently emerging increasing, the number of severe cases is also growing," said the Robert Koch Institute, Germany's federal institution responsible for disease control and prevention, in a statement.

"Against this background, the observance of personal hygiene measures and vaccination, as an important prevention measure, is of particular importance."

The stringent measures may affect the country’s recently kicked-off presidential campaign, as well as two high-profile soccer games scheduled for next month. (30.10.2009)

After a 3-day meeting in Geneva, leading World Health Organization vaccine experts have altered their previous recommendation that children should receive two doses of swine flu vaccine. Now, they say, one is enough. (30.10.2009)

Professor Ulrich Frei, head of Berlin's famous Charite hospital, becomes the first patient at his clinic to receive a swine flu jab, as a national vaccination campaign swings into operation. (26.10.2009)

Which lessons should — and shouldn't — be drawn from the H1N1 immunization campaign of 2009? Are there anti-vax 'arguments' that really are worth debating? And which groups will be excluded from the first round(s) of COVID-19 vaccinations?