Who is President Ali Bongo? 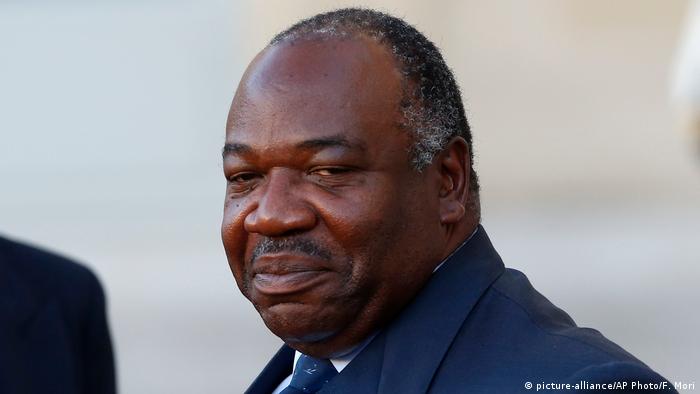 The attempted coup against Gabon's President Ali Bongo has cast the spotlight on one of Africa's most controversial leaders. Since succeeding his father in 2009, his time as president has been marred by accusations of electoral fraud, human rights abuses and nepotism.

Alain Bernard Bongo was born in 1959 in Brazzaville in the neighboring Republic of Congo. His mother Patience Dabany was a famous Gabonese singer. His father was the longtime ruler of Gabon, Omar Bongo.

In 1973, the Bongo family converted to Islam, after which Alain's name was changed to Ali. He studied law at the Sorbonne in Paris, where he frequented the clubbing scene. Despite his studies, he soon followed in the musical footsteps of his mother, releasing a funk album.

From musician to politician

But encouraged by his father, Ali Bongo quickly abandoned his music career in order to pursue his political ambitions. His father appointed him foreign minister in 1989 and he went on to lead the defense ministry, a position he held until the death of his father in 2009.

Ali Bongo's succession to the presidency did not come as a surprise, given the years spent inside his father's political circle. Gabon held elections in late 2009 which reaffirmed Bongo's mandate to govern. However, the announcement of his victory was soon followed by mass protests and violence, leaving several people dead. An attempt by the opposition to challenge the election results ultimately failed, paving the way for Bongo to lead the country.

Bongo narrowly won his second election in 2016, which again sparked a wave of unrest across the country after the opposition disputed the official results. Bongo's biggest political rival, Jean Ping, went so far as to declare himself the winner even after Bongo's victory was confirmed.

As the dust settled, Bongo attempted to paint himself as an agent of change – "renewal" and "innovation" became his new buzzwords and he replaced government officials from his father's era with a younger generation. But his plan failed to convince his detractors, who still consider him less-adept than his father and out of touch with the people due to his privileged upbringing. In particular his extravagant spending – especially on cars – has alienated many in a country where between 60 and 70 percent of the people live below the poverty line. The majority of his rule has also been tainted by an extensive French investigation into allegations of embezzlement involving the assets of the Bongo family. 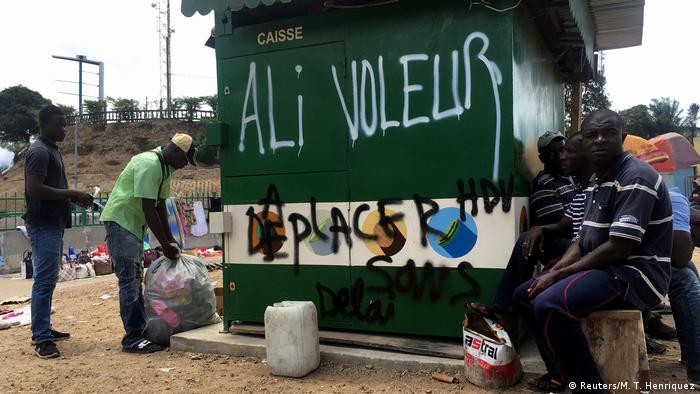 People stand next to graffiti which reads 'Ali Thief' in French following the 2016 in election in Libreville, Gabon

But Ali Bongo has been recognized by some observers for implementing a number of important political reforms. Journalist Seidick Abba credits him with modernizing the ruling Gabonese Democratic Party (PDG) and for pushing through a law banning the export of tropical woods. "That was probably one of his most important measures which had an impact on the sustainable development of the wood sector in the country," says Abba. "With his policies, Ali Bongo has helped diversity Gabon's economy."

In October 2018, Ali Bongo traveled to Riyadh in Saudi Arabia for medical treatment after suffering a stroke, though his advisors and other people close to him refused to reveal any more about his state of health. Bongo's long absence led to numerous rumors about his failing health, yet it was several weeks before the government installed Vice President Pierre-Claver Maganga Moussavou as interim president to ensure continuity.

Bongo attempted to quell the rumors by appearing in a televised New Year message, in which he insisted he was feeling fine and recovering in Morocco. However, Gabonese soldiers branded the speech "pitiful" and described it as a "relentless bid to cling on to power."