An EU mission has questioned the validity of elections that saw Gabon's president, Ali Bongo, re-elected by a very narrow margin. France has recommended a recount and the African Union said it will send mediators. 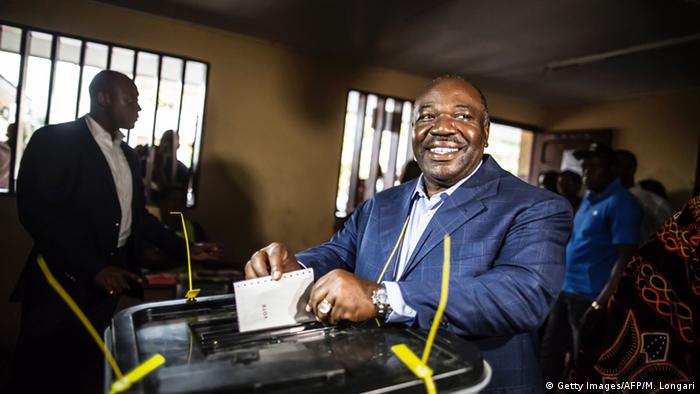 Gabon's opposition leader Jean Ping - who has said the election was "stolen" - called on "the international community to help the people of Gabon" he said, adding "Everybody knows the result and everybody knows that Bongo (pictured above) is doing everything not to accept it."

Ping has said the number of votes cast in southeastern Haut-Ogooue province was inflated to give victory to Bongo.

Official reports say at least six people died in riots in the capital, Libreville, and other cities after the announcement of results from the August 27 election, which Bongo won by about 5,000 votes.

Up to 1,100 people were arrested last week during the unrest, according to the interior minister, although many have since been released. Other sources report the death toll was far higher.

The government has dismissed all calls to publish more detailed election results, prompting the justice minister to resign.

The opposition party must legally file any complaints by Thursday, eight days after the announcement of the results.

Bongo's re-election would extend a family dynasty in power since the 1960s. He was elected in 2009 after the death of his father, longtime ruler Omar Bongo, and protests followed. 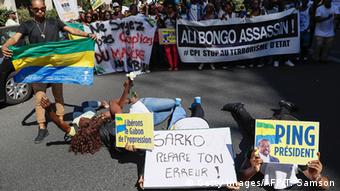 A demonstration in Paris against the results of Gabon's disputed elections

EU election monitors have focused on Haut-Ogooue, a Bongo stronghold, where official figures showed he won 95.46 percent of the vote on a 99.9 percent turnout. The EU noted that such a number means only 47 people in the area would not have voted. Other provinces showed on average a 48 percent voter turnout, it said.

The EU observer mission said the numbers of non-voters and blank or invalid ballots were at variance with the reported participation rate. "The integrity of the provisional results for this province is consequently put into question," said Mariya Gabriel, the EU's chief observer of the polls.

An issue also for Paris

Manuel Valls, prime minister of Gabon's former colonial power France, has suggested a recount. France has in the past intervened in its former African colonies, such as when it helped oust Cote d'Ivoire's then-president, Laurent Gbagbo, in 2011 after he refused to concede defeat in an election. But the French government has ruled out intervention in Gabon, where it has a military base.

UN human rights spokeswoman Ravina Shamdasani said on Tuesday the organization was following the situation in Gabon with "increased concern."

The African Union (AU), meanwhile, said it would send a delegation to Gabon. It is likely to be led by Chad's Idriss Deby, one of Africa's longest-ruling presidents and the current chair of the pan-African body. The delegation is due to arrive on Thursday.

Pressure is growing on Gabon’s President-elect Ali Bongo to end violence and ensure calm returns to the country. The international community is calling for the election results from each polling station to be published. (06.09.2016)