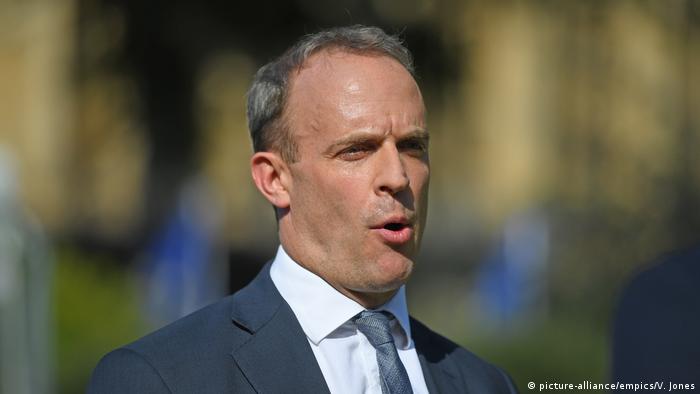 British Foreign Secretary Dominic Raab looked like the proverbial deer caught in the headlights when he answered reporters' questions about Boris Johnson's health on Monday. At first, the designated deputy assured everyone the prime minister was in a good mood and was working on files. A few hours later, he had to admit that Johnson had been transferred to intensive care. When he said there was an "extraordinarily strong team spirit" in Downing Street to support him, that came across as irony as reports of the bitter power struggles within the government made the rounds.

In his new role, Dominic Raab hardly seems to be the suave diplomat a foreign secretary should be. He was upset by the question of when he last spoke to the ailing prime minister, and had to admit that it was two days ago. In the midst of the coronavirus crisis, that fact does not necessarily increase confidence in the government's ability to function. It wouldn't have happened to a pro on the political scene.

Read more: What do we know about Boris Johnson's condition?

Dominic Raab: Not charismatic, not flexible

The former lawyer lacks an ability that Boris Johnson possesses in excess: winning over and convincing audiences. The deputy appears wooden and rather inflexible, which was already evident during the few months he served as Brexit Minister to Prime Minister Theresa May last year. Michel Barnier, the EU's chief Brexit negotiator, allowed himself to be caught in the act of joking about the dogmatic, stubborn Brit.

Raab soon gave up the position because he felt May was too willing to compromise with the EU. He also wanted to be freed up to join the power struggle for her succession at the helm of the conservative party. His lack of political talent quickly became his undoing, however, and he was out of the race after the first round of the internal party vote.

But Dominic Raab has shown strength concerning his belief in Brexit, which he represents with almost religious fervor. He recently shocked members of the opposition in the House of Commons when he declared that the coronavirus crisis was the ideal time to bring Brexit to a successful conclusion by December 31. Raab wouldn't hear of an extension of the transition period to give the economy time to recover. 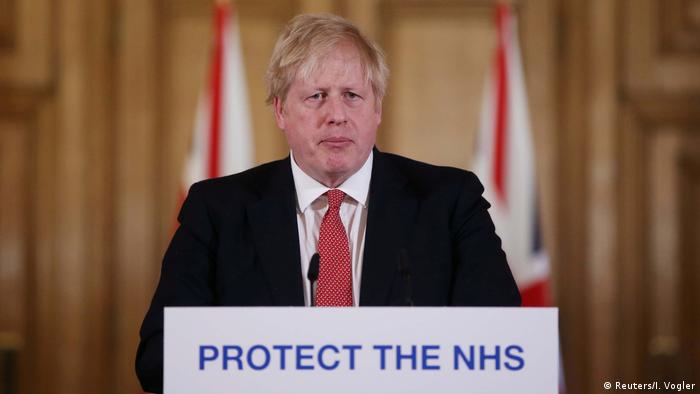 Dominic Raab lacks an ability that Boris Johnson possesses in excess: winning over and convincing audiences.

Unclear who is in power

Observers wonder how much decision-making power Dominic Raab actually has. The answer is unclear, because the British system does not formally provide for a deputy to the head of government. At present the foreign secretary conducts cabinet meetings and holds press conferences. But could he decide whether to lift or continue the coronavirus quarantine? Anything beyond the day-to-day affairs of the country would surely need to be approved by the cabinet.

"The government and the cabinet secretary have clearly identified Raab as the first minister but that was done some time back without any notion that it would come to this," said the former head of the civil service, Lord Bob Kerslake. In other words: nobody expected Raab to really take the lead. "Boris Johnson remains Prime Minister," Kerslake's former colleague, Lord Gus O'Donnell, said. He said Raab was merely running things until… — well, no one dares continue that sentence in London quite yet.

The Cabinet could also appoint someone else from its own ranks as deputy prime minister. However, that is unlikely to happen unless Boris Johnson remains ill for some time. Michael Gove, who has already held several ministerial posts, is the most experienced member in the Cabinet — he is already chomping at the bit. However, he too is currently in self-imposed quarantine because a family member is showing COVID-19 symptoms.

The epidemic is gnawing away at the British government, creating a power vacuum at a critical time. The fact that Boris Johnson expelled two dozen moderate veterans from his party last fall autumn is now taking its toll. There is a lack of experienced politicians like former Chancellor of the Exchequer Philip Hammond, who might have been able to stabilize the situation. Instead, the Cabinet consists mainly of newcomers and lightweights.

Should Boris Johnson not recover, new elections would be held after a transition period of several months, during which the conservative side would try to consolidate its power. The prospect should make them break out in a sweat — no viable successors for the prime minister are anywhere to be seen. The Labour opposition, meanwhile, is in the process of regrouping as a center-left party.

With the economy suffering from the coronavirus fallout and the social systems bled dry, Brexit around the corner and the number of senior personnel in the political parties spread thinly, the political situation in Britain seems quite threatening.

German Chancellor Angela Merkel and US President Donald Trump are among those who have sent their best wishes to the UK prime minister. Johnson is currently in intensive care in London suffering from coronavirus. (07.04.2020)