As care workers are vital in tackling the coronavirus outbreak, the World Health Organization says there are nearly six million too few nurses across the globe. The WHO also offers solutions. 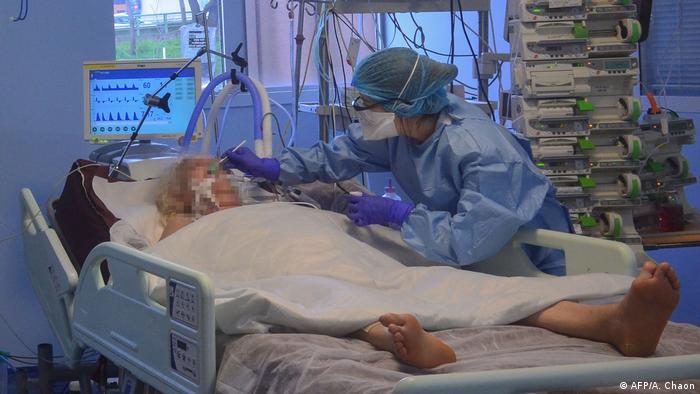 There is a global nursing shortage of 5.9 million, the World Health Organization (WHO) said in a report published on Tuesday. The greatest gaps are found in some of the poorest parts of the world, including countries in Africa, south east Asia and South America.

The report into the state of the world's nursing was published to coincide with World Health Day. The world's 28 million nurses make up over half of the world's health care professionals.

"Nurses are the backbone of any health system. Today, many nurses find themselves on the frontline in the battle against COVID-19," said Dr Tedros Adhanom Ghebreyesus, WHO Director General.

"This report is a stark reminder of the unique role they play, and a wake-up call to ensure they get the support they need to keep the world healthy."

Between 2013 and 2018, global nursing numbers increased by 4.7 million, according to the report. However, more than 80% of nurses practice in countries where around half of the world's population lives.

The report also identified possible future problems for the nursing world. One in five of the world's nurses practices in a country different to the one where they were born or trained in, and one in six are expected to retire in the next 10 years.

Around 90% of nurses are female, but very few women are in senior medical roles. The report shows that when nurses are given leadership roles at a national or international level — for example by having a government chief nursing officer — conditions for nurses improve.

The WHO also lays out a series of guidelines for how countries can prevent a nursing crisis by increasing funding for nursing education and by improving conditions for nurses.

They have called for an "urgent investment" in nurses, along with partner organizations Nursing Now and the International Council of Nurses.

Over 75,000 people have died worldwide of COVID-19, and as the pandemic continues to claim lives nurses will continue to play an important role.