WHO denies hyping swine flu for benefit of drug companies | World | Breaking news and perspectives from around the globe | DW | 27.01.2010

WHO denies hyping swine flu for benefit of drug companies

The World Health Organization is defending its decision to declare an H1N1 flu pandemic last year as the Council of Europe investigates claims the organization was influenced by experts with ties to the vaccine industry. 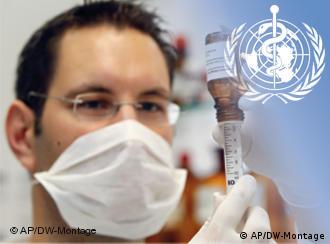 The World Health Organization came in for harsh criticism at the Council of Europe in Strasbourg on Tuesday. The health committee of the human rights watchdog has been reviewing the organization's handling of the H1N1 flu pandemic amid accusations it exaggerated the dangers of the swine flu virus under pressure from pharmaceutical companies set to profit with a vaccine.

During the hearings, WHO representatives denied charges that the organization's decision to declare a full-blown swine flu pandemic was influenced by advice given by industry insiders who stood to profit from the move. The declaration last June triggered mass purchases of the vaccine; many countries already had contracts with the pharmaceutical industry requiring them to buy as soon as the pandemic stage was announced. But the swine flu has turned out to have had a relatively low mortality rate. 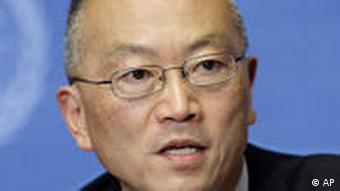 The WHO's head flu expert defended the organization's pandemic declaration

The organization's top flu specialist, Keiji Fukuda, emphatically denied any undue influence. "Let me state clearly for the record," he told the committee, "the influenza pandemic policies and responses recommended and taken by the WHO were not improperly influenced by the pharmaceutical industry."

He said the WHO consulted with a range of experts, including those in the private sector, but that there were safeguards in place to prevent conflicts of interest.

The WHO said earlier this month that it was conducting its own review of the way it has dealt with the flu outbreak.

Swine flu has ended up being one of the most expensive public health crises ever. In the midst of a worldwide economic crisis, governments spent millions of euros on now unwanted vaccines. Drug companies, on the other hand, have seen big profits. On the same day as the Council hearings, vaccine producer Novartis posted a 54 percent increase in its fourth quarter net profit.

Saddled with vaccines their citizens don't want, Germany, France and other countries have cancelled orders or considered selling the vaccines to other nations. 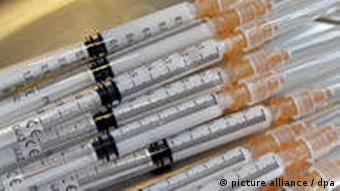 The Council of Europe hearing was spurred on by the chairman of its health committee, the German doctor Wolfgang Wodarg. Wodarg has been vocal in his scepticism about the vaccine and its safety. But even some WHO insiders have expressed concern over the handling of the pandemic classification.

"We have blown up something which turned out to be a mild disease," Ulrich Keil, director of the WHO's collaboration center of epidemiology at Germany's Muenster University. "We have distorted public health money in the wrong directions," he told Deutsche Welle. "It is the obligation of the WHO to put things into perspective and in my opinion that has not been done.

The H1N1 pandemic long seemed like a looming catastrophe - but it never came. Now, the World Health Organization investigates allegations that it exaggerated the danger, boosting the profits of pharmaceutical companies. (19.01.2010)