Who attacked UAE diplomats in Kandahar?

An Afghan official has accused Pakistan of aiding an attack in Kandahar, which was the first in the Afghan war targeting representatives from the Gulf region. Is this the beginning of a new dimension to the conflict? 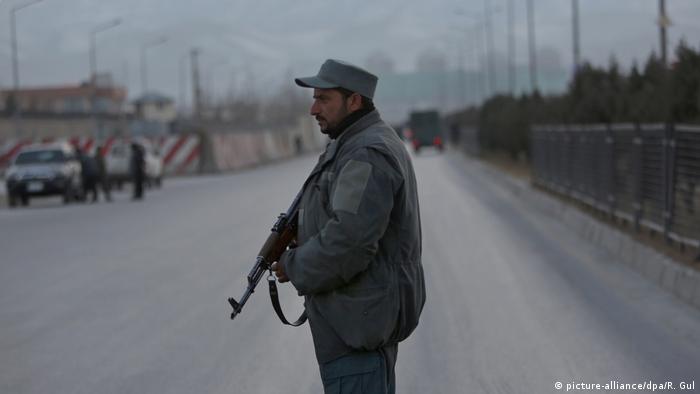 It was a bloody Tuesday in Afghanistan with explosions in the capital Kabul and southern Kandahar province killing at least 50 people including foreign diplomatic staff, Afghan officials and civilians. The multiple attacks are a new complication in the country's continuing internal conflict.

The Taliban claimed responsibility for the twin blasts in Kabul, where the highest numbers of casualties were reported with 38 people killed and dozens wounded. The Taliban, however, denied any involvement in the Kandahar attack, which killed the province's deputy governor, Abdul Ali Shamsi, and five United Arab Emirates (UAE) diplomats. The UAE ambassador to Afghanistan, Juma Mohammed Abdullah al-Kaabi and Kandahar's governor, Homayun Azizi were wounded in the incident.

Experts say that targeting UAE diplomats, who were visiting Kandahar to inaugurate development projects, highlights the complexity of the Afghan war. It is the first time diplomats belonging to a Gulf state have been targeted by Afghan insurgents, but attacks on Indian, American and other western diplomatic missions are common in Afghanistan. 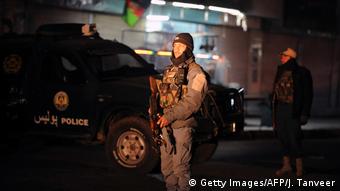 Dubai's ruler has decried the bombing, saying there is 'no human, moral or religious justification' for such acts

In the Kandahar attack, insurgents hid explosives in a sofa located in the room where Afghan government officials and UAE diplomats were meeting. The police chief of Kandahar province, General Abdul Raziq, was also present at the meeting but had left the room moments before the blast. Raziq blames the Haqqani Network, a Pakistan-based militant organization allied with the Taliban, for the attack.

Raziq is one of the most influential anti-Taliban figures in southern Afghanistan and has previously criticized Islamabad over its alleged support to the Taliban. He and many other Afghan officials claim that Pakistan is providing sanctuary to the Taliban and that they plot attacks against the Afghan government and its international backers. Islamabad has always denied such claims.

"According to the information we have, the Haqqani Network, some terrorist groups and the Pakistani military's intelligence agency (ISI) were plotting the attack for a long time," Raziq told reporters on Wednesday, rejecting reports of the attack being carried out by a faction of the Taliban close to Tehran.

The Haqqani Network is considered closer to Islamabad than any other insurgent group. The US has declared it a terrorist outfit and has demanded that Pakistani authorities act against the Haqqanis a number of times. But officials have so far been reluctant to target the outfit. The Haqqani Network, which is based in Pakistan's tribal northwest along the Afghan border, is usually involved in attacks inside Afghanistan, hence it does not pose a challenge to Pakistani authorities.

"This highlights the complexity of the proxy war that is unfolding even further in Afghanistan," Wahid Muzhdah, a Kabul-based analyst, told DW.

Timor Sharan, a senior analyst at the International Crisis Group, told DW he thinks the explosion in Kandahar could have been an inside job. This is supported by Raziq's statement that employees of Kandahar's government office were arrested in connection with the incident. 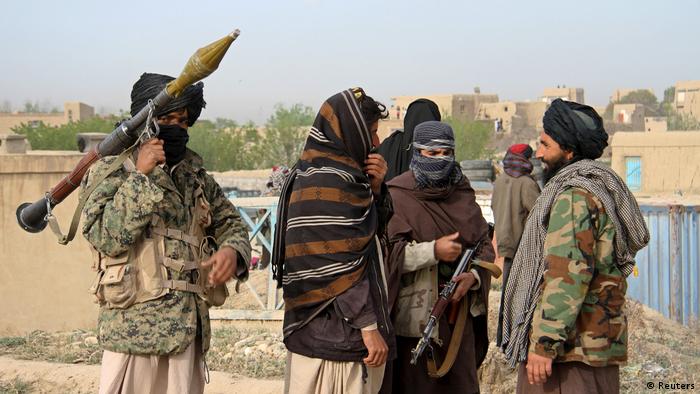 No normalization for the Taliban

As the Taliban continue to target civilians, experts say, a peace deal with the insurgent group seems more difficult than ever to achieve. Additionally, any attempt to achieve a peace agreement with the Taliban has failed in the past. The latest in the series of unsuccessful attempts was the collapse of quadrilateral talks involving Afghanistan, Pakistan, China and the United States.

At the moment, there is hardly any discussion of peace talks that could yield any results, according to Sharan.

It is not just the unwillingness of the Taliban to come to the negotiating table that makes peace very difficult to achieve in Afghanistan, but also the frequent targeting of civilians that makes it hard for the Afghan government to sell the idea of a deal with the insurgent group to the public.

"Kabul will not want to capitulate to peace talks in the face of a horrific attack like the one we saw on Tuesday, and the Taliban will be emboldened and have no incentive to step off the battlefield," Michael Kugelman, an Afghanistan expert at the Washington D.C.-based Woodrow Wilson Center for Scholars told DW. 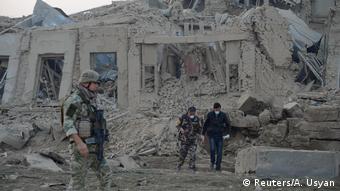 And the Taliban cannot justify continuing to kill civilians if they eventually join the government in a peace deal. According to Muzhdah, the Taliban has no interest in having a pleasant image in Afghanistan because the group realizes that it will not be able to govern through democratic systems.

"The Taliban witnessed what happened in Egypt where the Muslim Brotherhood was overthrown from power even after winning an election," he said, adding that the group has realized that it will only be able to stay if power it can present itself as a powerful group.

But according to Kugelman, if the Taliban continue along these lines, they will be discredited amongst Afghans and prolong the war. "While the Taliban may project itself as a noble insurgent movement fighting against an illegitimate state, at its core it operates more like a terrorist organization than an insurgent group," he said.