Whites and blacks, Arabs and Jews are all Marseillais | Europe | News and current affairs from around the continent | DW | 19.04.2012

The Mediterranean port of Marseille has sun, sea and a soccer club that binds fans of all colors and creeds. Even the notorious drug trade shields the city from the ethnic attacks that have swept other French cities. 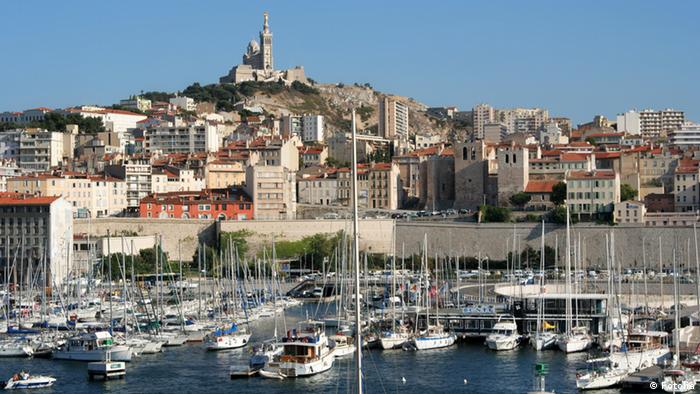 The integration of French Muslims is again a hot topic in the run-up to France's presidential elections. It's only been a month since an Islamic radical shot dead seven people in the southwestern city of Toulouse and nearby Montauban, before being killed by police in a 30-hour standoff that shocked the nation.

The killer was Mohamed Merah, a 23-year-old Frenchman of Algerian descent. Among his victims were a rabbi and three Jewish schoolchildren - in what was the worst anti-Semitic attack on French soil since the Rue Copernic burning of a Paris synagogue that claimed four lives in 1980.

One French city however has been a model for containing ethnically charged attacks and riots over the past few decades. When hordes of angry young men torched cars in the Arab immigrant suburbs across France in the autumn of 2005, the Mediterranean port of Marseille remained calm.

Marseille appeared to have every reason to explode though. The city is divided between the prosperous south and the impoverished north where drug-related crime and youth unemployment is rampant among those of North African origin. 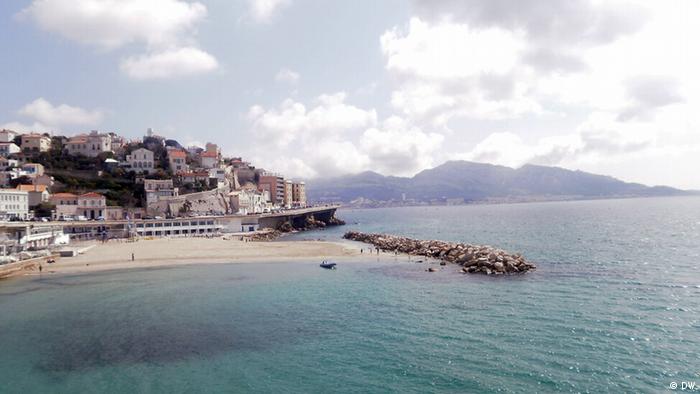 The free beaches are popular among young people of all backgrounds

The coastal port city is also home to one of the largest Muslim and Jewish communities in Europe. Roughly 30 percent of the city's 860,000 inhabitants are of Muslim origin and Jews represent about seven percent of the population, more than double that of the Paris region. The percentages are the city's unofficial estimates, since France does not break down its native-born population by ethnicity or religion.

But interestingly, Marseille's tremendous diversity may even be one reason the city has remained relatively peaceful compared to Paris and the rest of France, according to Yves Moraine, the municipal head, who belongs to Sarkozy's ruling centre-right party.

A French city built on waves of immigration

"Marseille is a city of foreigners that has been built on successive waves of immigration. It is a port city that has always welcomed foreigners," said Moraine. "You cannot dismiss foreigners here, because a few generations back, that foreigner was you," he added.

Marseille is a merchant port founded by the Phoenicians 2,600 years ago and was first populated by the Greeks and Romans. In the early part of the 20th century, waves of political refugees from neighbouring countries arrived: Armenians fleeing genocide in Turkey, Italians escaping Mussolini's fascism and Spanish Republicans seeking refuge from the Franco dictatorship. Post-war decolonization triggered a huge influx from North Africa, including displaced French nationals from the Algerian War of Independence in 1962.

"I was a French Jew from Algeria. My family was in Algeria for generations and we were happy over there. There was a big Jewish community and we lived together with the Muslims with no problem," said Michele Teboul, president of the local chapter of the Council of Jewish Institutions in France.

In Marseille, Jews and Muslims became natural allies in SOS Racisme, a movement against the powerful far-right anti-immigration National Front party. They have also joined hands in the Marseille Esperance movement, a city initiative to calm the streets. 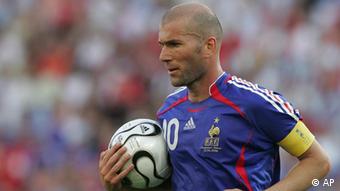 Zinedine Zidane is something of a local hero in Marseille

"It is a highly original institution that exists only in Marseille," said Moraine, who explained that Marseille Esperance brings together the city's religious leaders to help resolve ethnic conflicts. When two youths of North African origin stabbed a white teenager to death some 15 years ago, religious delegates took part in a silent march to pacify the outraged community.

"The march was symbolic only, but extremely important," he said, adding that the far-right had tried, but failed to use the tragedy for political gain.

The ongoing Arab-Israeli conflict has also unleashed a wave of anti-Semitic attacks throughout France, such as the second Palestinian Intifada a decade ago. In Marseille, the Or Aviv synagogue was set on fire, but the city organised immediate protests with religious leaders from the Arab community strongly condemning the arson attack. In other French cities, ethnic tensions escalated, but in Marseille, they fizzled out.

Toulouse however has changed the mood in France, said the Jewish Council's Michele Teboul. "Just before Toulouse, there was a kind of peace in Marseille," she said.

What scares Teboul are young delinquents like the Toulouse gunman Mohamed Merah, who was a mere petty criminal before turning into a dangerous jihadist in prison. French prisons have apparently become a hotbed for self-proclaimed imams to prey on disaffected youth, who are jailed for drug possession, robbing a bakery at gunpoint or even purse-snatching.

Drug-related crime a la French Connection has always been endemic in the seedy run-down northern districts, but anti-Semitic attacks or ideological crimes have been especially rare in Marseille.

Between the Islamic terrorists and the drug lords, Teboul sees the latter as the lesser of two evils. In a bizarre way, the lucrative business of drugs helps keep the peace, she said. "The criminality brings them a lot of money. The young Muslims are too preoccupied to make their business out of drugs," said Teboul.

Problems are socio-economic, not religious or ethnic 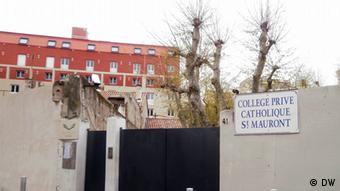 One reason that ethnic violence is so rare in Marseille might be because Marseille doesn't really have a problem between people of different races and religions per se. Said Boukenouche, a schoolteacher in St Mauront, one of the poorest districts in Marseille, believes that socio-economic problems which disproportionately affect young people of Muslim origin, are at the root of criminal behaviour.

"There is a problem of integration for many young people, who can't find their place in France," said Boukenouche. "In some quarters of Marseille, up to 40 percent of young people between 25 and 35 have no jobs", he added. Boukenouche, who was born in Algeria, but is also French, sees Toulouse killer Mohamed Merah as a lone terrorist, whose ethnicity had nothing to do with the integration of Muslims in France.

"People say this young man is French from Algeria. No, he was not from Algeria. He was born in France and he was French," he said.

Not French nor immigrant, but Marseillais

Merah was at least as French as Boukenouche's pupils at the College St. Mauront, a private Catholic middle school where the vast majority of pupils are of Muslim origin, an anomaly that could only exist in a city like Marseille. The 11 and 12-year-olds in Boukenouche's class were mainly born in Marseille and all come from immigrant backgrounds: from Algeria, Morocco, Tunisia and the Comoros islands in East Africa. One sign of integration is that most youngsters identify themselves as neither French nor immigrant, but as Marseillais, even the Muslim girls who wear head scarves that are banned in state schools. 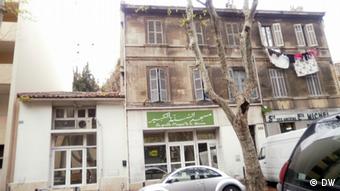 Many Muslims have to worship in makeshift mosques like this one

"Young people of foreign origin are Marseillais above all else, something they express with great enthusiasm at the soccer stadium," said municipal leader Yves Moraine, referring to the premier league home team Olympique Marseille, which unites fans of all colours and creeds.

The sun, the sea and the metro

Marseille's exceptional geography also contributes to ethnic harmony. Surrounded by the sea and cliffs means there is less urban sprawl than other French cities. "Maybe the difference between Marseille and the rest of France is that the suburbs are in the city. When you are in Paris and you want to go to the banlieue (suburbs), you have to take the train, maybe 20 miles (32 kilometers) to get there," said Said Boukenouche.

That Marseille is a city blessed with some good urban planning as well as an abundance of natural beauty, helps too. The highly efficient metro, tram and bus system make the city's hot spots easily accessible, so that young people of all backgrounds from different parts of the city tend to congregate in the same places, such as the old port, the free public beaches or soccer stadium. In other French cities, social life tends to be more dispersed. Then there's the sunny Mediterranean climate, cobolt blue sea and the sheer beauty of limestone cliffs reminiscent of Norwegian fjords that help to keep the peace too.

France's burqa ban - one year on