White House Press Secretary Sarah Sanders and Senator Mitch McConnell have said President Trump will declare a national emergency at the border with Mexico. He will also support a funding bill to avert another shutdown. 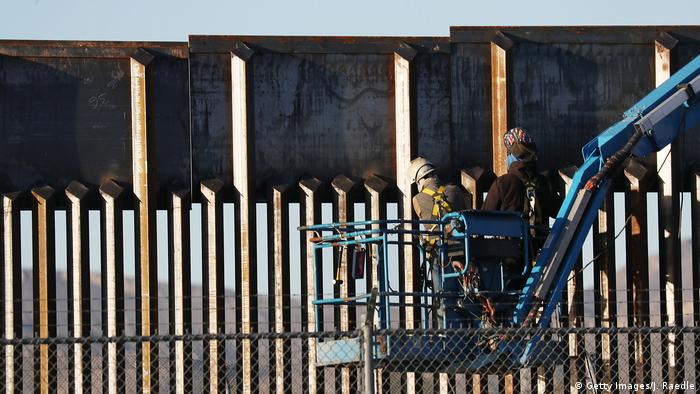 "President Trump will sign the government funding bill, and as he has stated before, he will take other executive action — including a national emergency — to ensure we stop the national security and humanitarian crisis at the border," Press Secretary Sarah Huckabee Sanders said on Thursday.

Such a declaration will likely lead to a court battle between the government and lawmakers over the president's ability to redirect money Congress has committed to other uses.

Under the National Emergencies Act, the president can declare a national emergency then be granted power by other laws to declare martial law, suspend civil liberties, expand the military, seize property and restrict trade, communications and financial transactions.

Senate Majority Leader Mitch McConnell said he would support Trump's emergency declaration. That is a turnabout for the Republican leader who, like Democrats and some of his fellow Republicans, had until now opposed such a declaration.

Trump has until Friday to sign a funding bill that would avert another government shutdown.

He has already hinted that he would sign the funding bill, which on Thursday passed the House of Representatives hours after it received the approval of the Senate.

Trump has added that he was unhappy the bill included less than $1.4 billion (€1.2 billion) for fencing and barriers along the US border with Mexico rather than the $5.7 billion that he wanted to build a wall. Expected to be enacted, the bill would provide enough funding for 55 miles (88.5 kilometers) of new fencing and barriers, far less than the 200 miles the president wants.

White House aides and Republicans have hinted that Trump might use money targeted for military construction, disaster relief and counter-drug efforts to pay for the wall he has repeatedly promised to build.

Read more: Why should we fall for Donald Trump's lofty State of the Union rhetoric of unity?

Reaction to Trump's intention to declare a national emergency has been swift.

Speaker of the House Nancy Pelosi said that she was reviewing all legal options. "It's not an emergency what's happening at the border," Pelosi said and added that by making the declaration, Trump was making an "end run around Congress."

"Declaring a national emergency would be a lawless act, a gross abuse of the power of the presidency and a desperate attempt to distract from the fact that President Trump broke his core promise to have Mexico pay for his wall," Pelosi and Senate Minority Leader Chuck Schumer said in a statement.