Where have Berlin's refugees gone?

A year after the massive wave of refugees in Germany, people are still discussing the issue - and not only in parliament. But DW's Gero Schliess had to look high and low to even find a few refugees in Berlin. 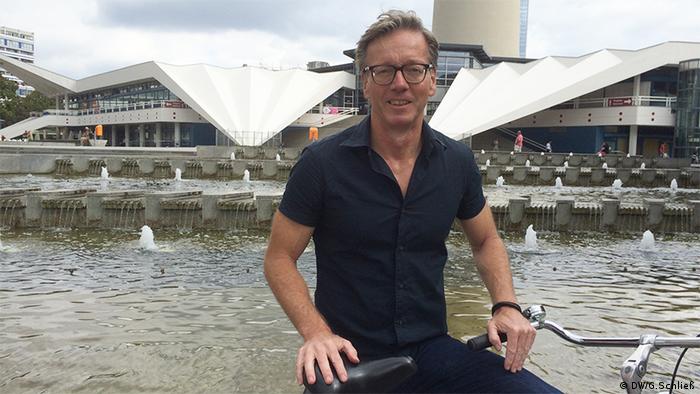 The whole world seems to be talking about refugees in Germany. Of the over one million that have reached Germany, some have still not found a place to stay.

But when you arrive at Berlin's Tegel Airport or central train station, there are surprisingly hardly any refugees around. There's no one there that looks like what one might expect a refugee to look like.

That was the experience my friend Diana had when she recently came to visit from the US. Apart from a few beggars, she didn't spot anyone that appeared to be a refugee, she said. 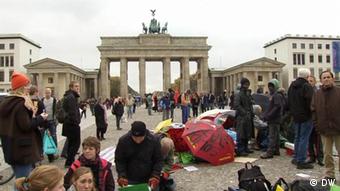 Two years ago, there were refugee tents at the Brandenburg Gate, but that's over now

Diana was deeply impressed by how Germans welcomed refugees with open arms. But now she was almost disappointed not to bump into them in Berlin. She had imagined long lines in front of soup kitchens, and huge tents at the Brandenburg Gate. But no refugees were camping there. Meanwhile, tourism seemed to be business as usual.

Berlin has already seen the worst

That same evening, we met someone at a party in Berlin's never-dormant cultural scene who seemed to be quite happy about the fact that the refugees were so inconspicuous in the city - Berlin Mayor Michael Müller.

In contrast to Chancellor Angela Merkel's televised comments, he didn't seem to be particularly concerned by the political burden posed by the refugee crisis. Müller admitted that he sometimes also wonders where all the refugees ended up.

It's known that many refugees living on the outskirts of Berlin, for example at the Tempelhofer Feld. Müller lives nearby himself, but hasn't encountered any refugees there.

In a city of four million, 65,000 refugees aren't that noticeable, he explained. What's more, the worst of it had already passed for Berlin, he added. Even after borders in southeastern Europe had been closed, refugees in countries neighboring Germany continue to come to Berlin.

Now Müller is tasked with organizing integration projects over the next decade. That's how long it will take, he said. 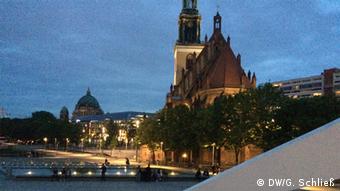 Alexanderplatz is a meeting place for young refugees at night

At an event organized by a trade association in the gourmet department of a large department store on Alexanderplatz, CDU parliamentarian Carsten Linnemann isn't shy about sharing his thought. Between oysters, chicken legs and cheese, the rising political star with the conservative Christian Democratic Union starts his speech by praising the event. In fact, it was the first event not dominated by the refugee crisis, he said. For months, every single caucus had spent a lot of time with the issue, he added with a smirk - at the expense of evening soccer practice.

What happened when I spoke with refugees

Later on, after it had already gotten dark, I encountered a group of refugees, a few hundred meters away from the gourmet section of the department store. 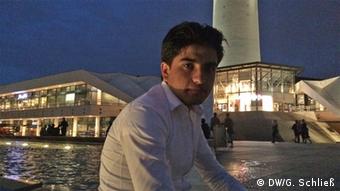 The young men were standing around in groups on Alexanderplatz, next to the long water fountains, listening to Middle Eastern music on radios. The men were speaking quickly in a language that sounded like Arabic.

It was difficult to strike up a conversation with these guys - not only because of the language barrier. As I was approaching them, they took a step backwards. Clearly, they didn't expect anything good from the German approaching them. The youngest among them introduced himself as Sam. He didn't say much, but explained that they all came from Damascus.

The Syrians preferred not to have their picture taken. And at this point, the conversation was already over.

A bit further on, a boy was sitting by himself at the water fountain. His name was Kaan, and he had fled the Taliban in Afghanistan one year ago. He doesn't particularly like the Syrians, he said, because they beat other kids up at school and disobey the teachers. 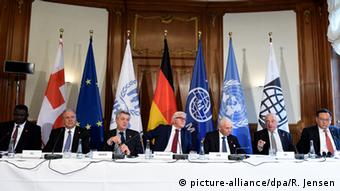 An international refugee conference took place in Berlin in July

Kaan is 16 years old, and was forced to leave his six sisters and two brothers behind. He lives by himself in an apartment financed by Germany's foreigners department. I sense that he is lonely, and he says that he's "not doing so well."

On my way home, I encountered yet another group of Arab youths. My first encounter with the Syrians was still fresh in my mind. When I smiled at the young men, one of them cracked a smile. It was a gleam of hope during that long evening.

Berlin’s refugee policies made headlines around the globe in 2015 and the world has been watching ever since. Kathleen Schuster looks at how the crisis has shaped Germany’s reputation abroad. (23.08.2016)

"We can do this," German Chancellor Angela Merkel said a year ago. Was she right - or has Germany gone too far by admitting well over one million migrants? DW commissioned an opinion poll to find out. (21.08.2016)