Where German is still spoken in the US

Over 300 years ago, German immigrants crossed the Atlantic to reach, among other places, Pennsylvania. Their language and culture continues to influence their descendants, as DW correspondent Oliver Sallet discovered. 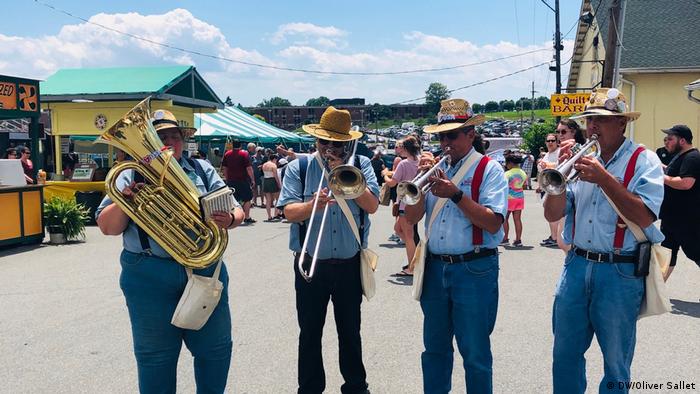 When Norman Sunday sits in front of his barn, he sometimes finds himself looking wistfully over his property. The 82-year-old farmer from the northeastern state of Pennsylvania knows that a decades-old family tradition is coming to an end. He once bred cattle here, but he's retired now and knows his children are unlikely to follow in his footsteps.

Like many in Berk County, Sunday is the descendant of German immigrants who came from the Palatinate region of southwest Germany in the 18th century to find a new home. They were farmers who worked hard, believed in God, and cultivated their German culture.

While the farmer himself has never been to Germany, his parents spoke Pennsilfaanisch Deitsch ("Pennsylvania Dutch"), a German dialect spoken by the rural population for 300 years that is still alive today. "Ich kann's ned gud schwätze, aber ich verstehe" ("I can't speak it well, but I can understand it"), said Sunday in the local dialect.

Read more: Why 'Little Germany' disappeared from NYC and other little-known events of German-US history 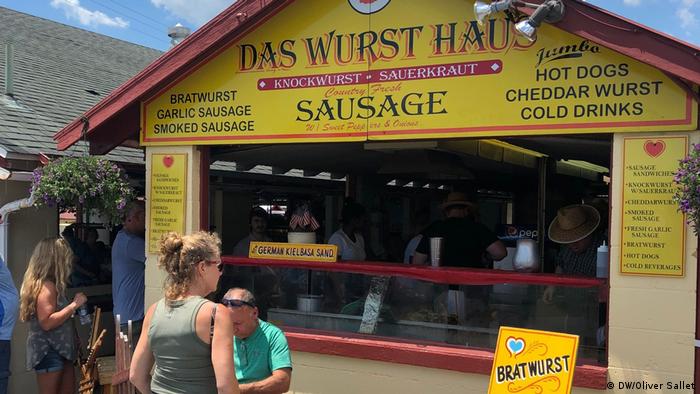 German dialect born in the USA

Patrick Donmoyer of the University of Pennsylvania wants to preserve this German heritage for future generations. At the German Cultural Heritage Center in Kutztown in Berks County, he teaches Pennsylvania Deitsch in a former German school from 1870 that is now a museum.

On an old school slate board in the cultural center, one can see "deitsche Sprichwadde" (German adages) written down such as "Schpaar die Geld" ("saving money"), and the unusual phrase "gut gwetzt ist halwer gmeht" ("well-sharpened is half mown"), which literally refers to the mowing of fields with a scyth.

The language is not at risk of extinction, says Donmoyer. Around 40,000 people speak the dialect in Pennsylvania alone, and around 400,000 across America. The number is rising since many Amish and Mennonites faith communities who speak Pennsylvania German as their mother tongue traditionally have large families.

Some 30% of Pennsylvanians have German ancestors, and many of the descendants still speak some form of German at home. Donmoyer says a Pennsylvanian German dialect has developed into its own language across 300 years.

'Barn stars' from the old country

Another German cultural import that is still typical across Pennsylvania and beyond is the famous "barn star" or "hex sign" seen fixed to farmhouses and barns. Ranging from decorative five-pointed stars to colorfully painted twelve-point compasses, the signature emblems were brought across the Atlantic by the Palatinate immigrants and have developed into a distinct regional art form.

At the Kutztown Folk Festival, Donmoyer demonstrates how to paint the barn stars. Contrasting colors like yellow and black give the impression that the stars are turning, he says. The emblems should not be mixed up with pagan symbols, he adds, noting that the sun, moon and stars have always played an important role for people on the land. These Pennsylvania Germans simply continued to draw what was important to them. 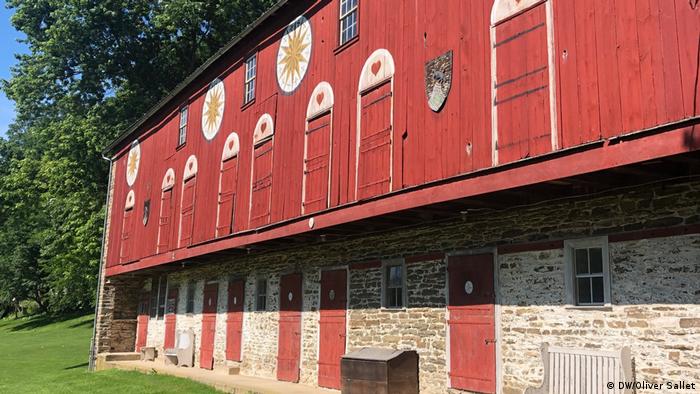 The popular Kutztown Folk Festival attracts 130,000 annual visitors who come to experience the lifestyles of German immigrants who have shaped Berks County to this day. In the Wursthaus, one can get their fill of German-style Pennsylvanian sausages with sauerkraut, while a brass band plays music that would not be out of place in the southern German state of Bavaria.

The band's trumpet player, Leon Moll, regularly spoke Pennsylvania Deitsch with his parents as a child. Since their death, however, he rarely speaks the language, while his children "tun es nid mehr schwätze" ("don't speak it anymore"), he explains. For many, it is only during the nine days of the annual festival that their old country customs come to life.

Why Germany's clichés can help improve ties with the US

"Wunderbar Together"? Ahead of the upcoming Year of German-American Friendship, observers with a deep experience of both countries discussed how Germany can reach out to Trump's America. It could all start with a beer. (26.08.2018)

At the US military's annual American-German friendship fair in Grafenwöhr, Bavaria, most fairgoers and service members were careful to ignore recent comments by the US president. (05.08.2018)