Where can one travel in times of terror?

Should worried travelers stay at home? DW spoke about these challenges with Sandra Carvão, chief of the Communications and Publications at the UN's World Tourism Organization (UNWTO). 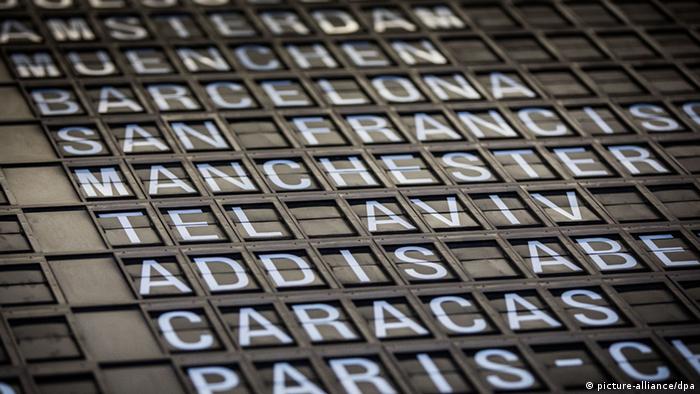 Deutsche Welle: The UNWTO has condemned the attacks in Tunisia, Sinai, Kenya and Paris this year. Why are terrorists increasingly targeting tourists?

Sandra Carvão: We are facing a global threat. The attacks in different locations around the world target tourists and citizens alike, as we've seen in Paris. Terrorism tries to hit where it can have the most impact. In the case of Tunisia, for example, tourism is one of the most important sectors in the country.

How do tourists react? Do they spend their holidays in Mallorca instead of in the Sinai or go to Portugal instead of North Africa?

Experience shows that In similar past cases, for example in Tunisia after the 2011 revolution, there was initially a decrease in tourism, but by 2014 there was a clear rebound. We do tend to see a shift of flows as people may choose one destination over another, but that tends to be ever short lived. We've also observed that in many of the cases, the recovery tends to be relatively strong afterwards. Of course, this changes from destination to destination, but this is what we have witnessed in past similar situations.

We face an evolving situation and it is thus too early to assess at the moment what the impact of recent events will be. Unfortunately, the world has been through many challenging moments, but based on past data we see that despite these challenges the global number of international tourists decreased only on three occasions over the recent decades: in 2001, after 9/11 in New York, in 2003, at the peak of the SARS epidemic, and in 2009 because of the global economic crisis. In all other years, global tourism has continued to grow.

The UNWTO is committed to ethical, sustainable, peace-promoting tourism. Could we even say peace-building tourism against terror? 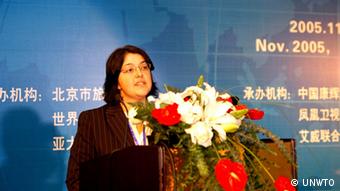 Carvão: "We need to continue travel"

Tourism can help understanding cultural differences. That's one of the roles tourism can play in peace-building. But tourism can also play a major role in post-conflict situations. When you look at how tourism has helped in rebuilding countries which were torn by war - take for example Croatia, Cambodia, Sri Lanka, and many other around the world where either civil war or other crisis situations occurred - you can see that tourism actually contributed to building socio-economic development in these countries after the conflicts.

It also opens up areas of the country that might have been closed previously, creating new opportunities for the people in these areas, many of which might be remote areas, outside major centers. So this is how tourism acts as a peace-builder. Tourism fosters cultural understanding, so travel can actually bring people closer together.

That's the opposite of "All-inclusive-holidays."

"All-inclusive-holidays" is a model of business that exists in global tourism, and in some destinations it's a way to create new markets as well. We always say that in combination with this option, tourists might also explore the areas outside the resorts, enjoy contacts with the locals, eat the local food and contribute to the local economy. What we are seeing as well is that more and more tourists are looking for that kind of experience. We see a growth in the demand and development of products like rural tourism, adventure tourism, wine routes and others, which promote the contact and the learning from local communites.

Some critics claim that too much tourism provokes aggression in certain places and foments terrorism. What is your opinion?

The issue of congestion management is one of tourism's top challenges. The tourism sector has tremendously grown in recent years - it is today one of the major socio-economic secotrs in the world. And that has very positive effects in terms of social-economic development for the destinations, but also in terms of cultural and environmental preservation, because often part of the income generated by tourism can be reinvested in cultural or environmental protection.

We need to decouple growth and sustainability. Sustainability needs to be embedded in any tourism development strategy. Many destinations have different strategies, either to increase demand in off peak months, distributing demand throughout the year or, throughout the territory.

There is an interesting example in Amsterdam, where they have branded the areas around Amsterdam as "Amsterdam Beach" and "Amsterdam Castle," trying to make people understand that it's not just the center that is interesting, pointing out to other areas and creating offers which might be attractive and act to curb congestion. We wouldn't say that there is ever too much tourism; it's actually the way that it's managed that is important.

The Foreign Office of the Federal Republic of Germany has published travel warnings for 25 countries worldwide. Do people travel anyway?

Definitely. Today there was a gloabel travel warning by the USA which doesn't tell people to stop travelling. It tells them to be alert when they travel. That's an important message. We need to continue travel, but obviously for all of us and for the tourism sector, security is a priority, so we all need to be vigilant, but not to stop traveling.

Is tourism in crisis?

The terrorist attacks in Paris and the Sinai airplane crash affect everyone - tourism as well. Do vacationers feel insecure? Here's an appraisal. (26.11.2015)