When plants work as miners and cleaners | Science | In-depth reporting on science and technology | DW | 18.05.2017

When plants work as miners and cleaners

Some plants can suck up and store heavy metals. They can help clean up contaminated soil and extract valuable metals from the ground by a process of phytomining - all without a pickaxe or shovel. 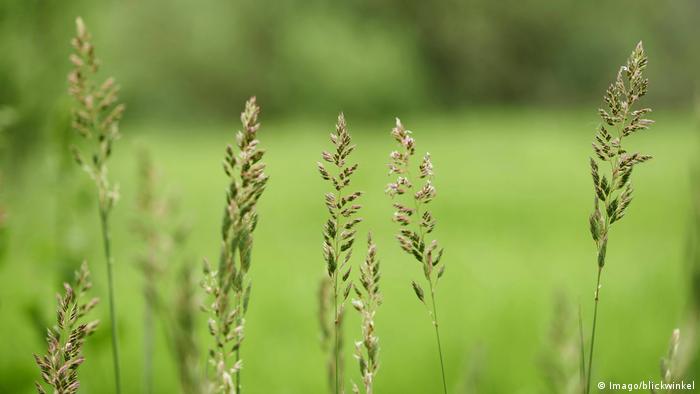 Researchers at the Technical University Freiberg use reed canary grass to extract germanium from the ground.

The problem is metals are very valuable and not always easy to extract.

Take, for instance, germanium. Germanium is a valuable metalloid.

Industry needs it for electronic devices. The metal is permeable to infrared light and is used, as a result, in night-vision goggles, and in distance measuring sensors in cars.

But Germanium is hard to find. Even though the element is close to silicon and can be found in soil all over the world, its concentration is usually very low. One metric ton of soil contains roughly 1.5 grams of germanium. Extracting it with classic mining methods does not pay.

Instead, industry collects germanium from the ashes in the exhaust of hard coal burning power plants and from processing of zinc ores. One kilogram of germanium sells for about 2,000 euros (about $2,225). 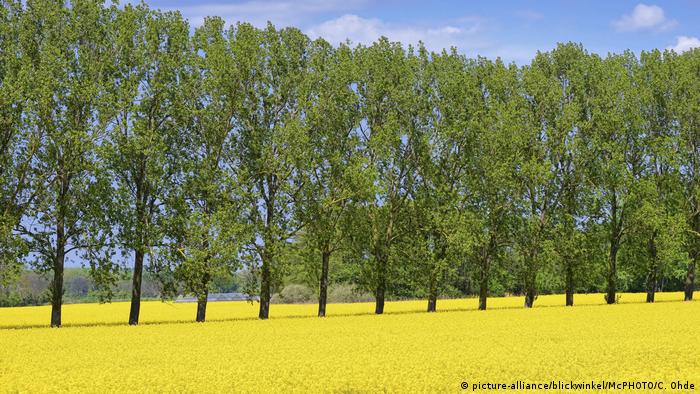 Poplar trees and rapeseed are well suited to extracting metals

Germanium is also found in the soil of a mining region in the Germany state of Saxony. Chemist Clemens Winkler discovered the element there in 1886 in the town of Freiberg. And that's also where Professor Hermann Heilmeier is trying out a rather unusual method of getting the metalloid out of the ground.

At the Freiberg University of Mining and Technology, the biologist uses plants to extract germanium from the ground and the element it into the stems and leaves. He and his team are experimenting with reed canary grass.

"This plant is common in wet meadows. In southern Scandinavia farmers cultivate it as a source of energy," says Heilmeier.

Grasses are "super accumulators." They can take in silicic acid and store the silicon in the form of tiny sand particles in their leaves. This is how the plant protects itself against predators. Sand, as we all know, doesn't taste good. And grass doesn't either.

The grass processes the germanium in a similar way. After the harvest, the grass is dried and incinerated. The amount of the element in the ashes is still not very high, but it is much higher than it was in the soil - one metric ton of ash can hold up to 100 grams of germanium. 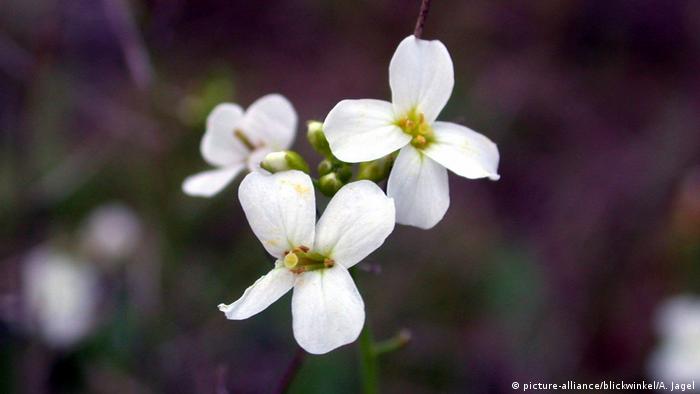 Crucifers like this sand rock-cress are particularly efficient in taking in nickel, zinc and cadmium.

Plants suck heavy metals out of the ground

There are other plants that are better suited to extracting heavy metals. Crucifers, also known as Brassicaceae, are particularly good. The best known of them is rapeseed. The plant includes a high level of sulfuric amino acids - so much that the plant can actually be dangerous for deer.

The amino acids bind metals. One of them is histidine, an amino acid that is particularly good at transporting nickel from the root to the shoot of a plant. This is something that Professor Ute Krämer found out. Krämer heads the department of molecular genetics and physiology of plants at the Ruhr University in Bochum.

Krämer is researching Arabidopsis halleri, a kind of rockcress, which is particularly skilled at accumulating zinc and cadmium.

"These crucifers are not only able to extract pollutants from the ground, but they can accumulate valuable metals at a record rate," Krämer told DW. The metals could be recycled as raw materials in an economically viable way.

But for the moment this is all basic research. Krämer still wants to answer two questions. One: "does the plant use the zinc and cadmium to protect itself against pathogens," and two: "which microbiological and physiological processes are at work in extracting the metals, transporting them and storing them in the plant's leaves."

It is known that plants store the pollutant metals in two areas. One is the cell wall, which is negatively charged and therefore attracts metal ions.

The other area is called the vacuole, a container inside the cell, which holds a liquid.

"That's where the metals are bound, with the help of organic acids, such as citric acid," explains Heilmeier.

A source of nickel that'll make you some nickels

The researchers have a range of plants they can choose from, depending on which metal they want to find, and which soil and climate conditions they face. They can use maize and sunflowers, even woody plants.

Among the most promising is the tree Pycnandra acuminata in New Caledonia. It accumulates so much nickel that its bark resin consists of one quarter metal.

Willows and poplar trees accumulate metal, too, especially in their leaves. To extract the metal, you would need to collect the leaves in the fall with a vacuum cleaner. But this is not profitable at this time.

Phytomining is living a kind of wallflower-existence. Many research concepts are far from economically viable. But one example, which has been shown to work, can be found at the shore of Lake Ohrid in Albania.

The crucifer Alyssum murale grows there, near a former nickel mine called Gur-i-Kuq (red rock). In fact, the plant happens to be a "wall-flower." Its ash contains so much nickel that the farmers can sell one metric ton of dried weed for about 80 US dollars (about 72 euros).

For phytomining to become profitable in other parts of the world, the price for some metals would have to rise. Until that happens, the super accumulator plants can be used to stabilize landfills of mine tailings. The plants bind the pollutants in less dangerous compounds and prevent them from getting washed away.

Getting innovative with plastic and polythene

Emeka Nelson used to be a trash collector, but has been attracting attention with an invention that can make the most of non-degradable waste such as plastics and polythene. (04.10.2016)