Chemicals giant Bayer has reached a settlement to end most of the current US lawsuits. Its glyphosate-based weed killer Roundup causes cancer, plaintiffs insist, but it's still used in many places in Europe and beyond. 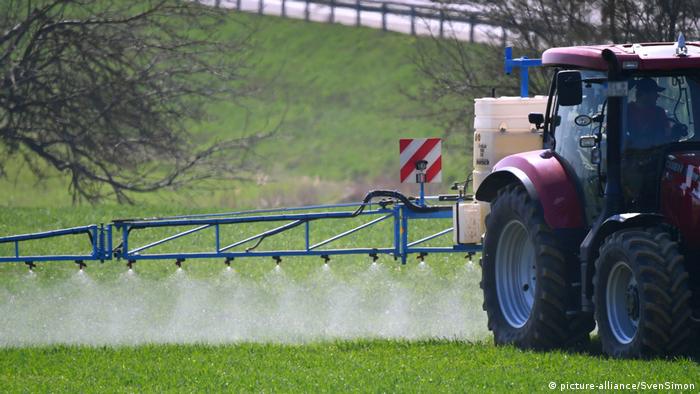 Bayer CEO Werner Baumann was euphoric back in 2016 when he landed one of the biggest takeover in the agribusiness by acquiring Monsanto. But he could have known better at a time when it was already emerging that Bayer would inherit a time bomb with the acquisition of its US rival.

Roundup, the US company's popular herbicide, was already making bad headlines in the wake of a damning 2015 study by the International Agency for Research on Cancer (IARC). The report concluded the weed killer's main component, glyphosate, was "probably carcinogenic in humans."

According to the findings, the cancers most associated with glyphosate exposure were found to be non-Hodgkin lymphoma and other hematopoietic cancers. In addition, the substance can probably cause DNA and chromosomal damage in human cells, as well as genotoxic, hormonal and enzymatic effects in mammals.

Roundup's former image as a safe and reliable product was completely ruined when researchers from the US nonprofit organization Environmental Working Group found that all but two of 45 samples of products made with conventionally grown oats contained glyphosate residue, most at higher levels than what the scientists consider protective of children's health.

In Europe, the shift in public opinion about glyphosate was illustrated by a 2016 poll in the five largest EU countries showing some 66% percent of respondents favoring a glyphosate ban.

In 2017, over 1.3 million people signed a petition calling for a European ban of glyphosate, and putting pressure on Brussels to restrict or even ban the use of the herbicide.

The controversy surrounding glyphosate came to high drama in November 2017 when EU member states voted to extend the commercial license of the weed killer for a period of five years. The measure passed only narrowly and due to the 'yes' vote of German Agriculture Minister Christian Schmidt. 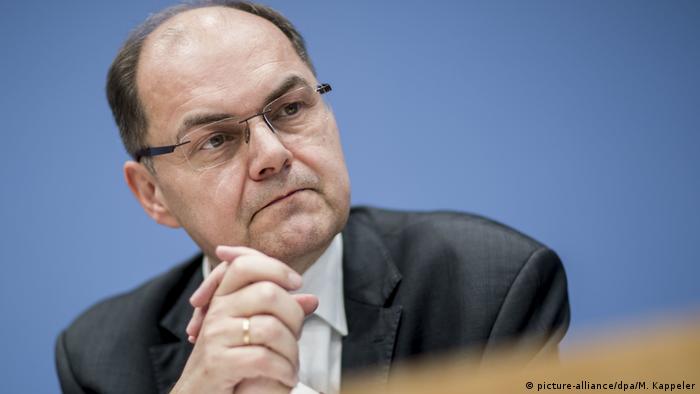 Christian Schmidt is a member of the agribusiness-friendly Christian Social Union party in Germany. Were special business interests behind his renegade vote?

Moreover, a European Parliament report issued in January 2019 found that EU regulators based their decision to relicense glyphosate on an assessment that was plagiarized from a coalition of pesticide companies, including Monsanto.

The scandal has caused a number of countries in the bloc to introduce individual legislation banning or restricting the use of the substance.

Luxembourg: The small Benelux state was the first in the EU to completely ban all products containing glyphosate. The ban is taking effect in three phases. On Feb 1, 2020, market authorization was withdrawn. Stocks of glyphosate may be used until June 30. At the beginning of next year, the total ban on glyphosate will take effect.

France: French authorities banned the sale, distribution and use of Roundup in early 2019. In May of 2019, Agriculture Minister Didier Guillaume announced that France would eliminate the use of glyphosate by 2021 with limited exceptions. Some 20 mayors throughout the country have banned glyphosate in their municipalities.

Denmark: The Danish Working Environment Authority declared glyphosate to be carcinogenic and has recommended a change to less toxic chemicals. Aalborg, one of the largest cities in Denmark, issued a private-use glyphosate ban in September of 2017. In July of 2018, the Danish government implemented new rules banning the use of glyphosate on all postemergent crops to avoid residues on foods.

Belgium: The country was among those who voted against relicensing glyphosate in the EU. It was also one of six EU member states to sign a letter to the EU Commission calling for "an exit plan for glyphosate." The city of Brussels banned the use of glyphosate within its territory as part of its "zero pesticides" policy.

Netherlands/Portugal: The Dutch government has banned all noncommercial use of glyphosate, and Portugal also prohibits the use of glyphosate in all public spaces. The president of the Portuguese Medical Association has also called for a worldwide ban of glyphosate.

Spain: According to Spanish environment NGO, Ecologistas en Accion, major cities, including Barcelona, Madrid, Zaragoza as well as the region of Extremuda have decided to ban glyphosate. In addition, the wine-growing regions of La Rioja and Aragon have also approved motions against endocrine-disrupting chemicals including glyphosate.

Germany: Following the scandal over its vote in the EU Council, the Merkel cabinet announced in September 2019 it had agreed to ban glyphosate by 2023, after the weed killer's current license would have expired. Environment Minister Svenja Schulze said the decision included a "systemic reduction strategy" that would prohibit glyphosate spraying in domestic gardens and at the edges of farmland. Certain retail stores in Germany have already pulled glyphosate-based herbicides like Roundup from shelves.

Greece: The country was one of nine EU countries to vote against relicensing glyphosate in November of 2017, and signed the 2018 letter calling for an EU exit strategy. But in March 2018, the Greek government approved a five-year license for Monsanto's Roundup against the wishes of Greek environmentalists.

Italy/Malta: Italy’s Ministry of Health also placed a number of restrictions on glyphosate use, but has so far refused to introduce a blanket ban. Current restrictions include the use of glyphosate as a preharvest treatment and in areas frequented by the public. In Malta, it is not allowed to spray glyphosate on roadsides or near schools, among other places.

Switzerland: Concerned about public well-being, the Swiss supermarket chains Migros and Coop removed glyphosate-based products from their shelves due to health risks. In 2017, the Green party put forth a plan to ban glyphosate in Switzerland, but the plan was rejected by the Federal Council, Switzerland’s executive.

UK, Scotland: The Scottish city of Aberdeen has decided to cut back its use of herbicides and Edinburgh's City Council voted to phase out glyphosate. Generally in Britain, one of the country’s largest DIY chains, Homebase, announced it would review the sale of Monsanto's weed killers Roundup and Ranger Pro. But media reports say the company and other major retailers still stock the controversial products.