What UN experts hope to find out in Burundi

A UN team of experts which has started its investigations into human rights violations in Burundi will stay in the country for one week. It will present its initial findings on March 21, 2016. 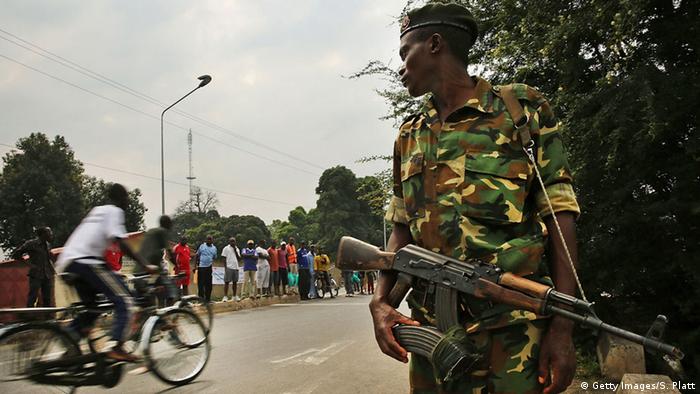 A team of experts from the UN Human Rights Council begun its investigations into human rights violations in Burundi as authorities in Bujumbura were showing a mass grave to the public for the first time. The unveiling of the mass grave confirmed that dozens of people have been buried in such graves since the political violence erupted in 2015.

DW spoke to one of the team members, Christof Heyns, who is also the UN Special Rapporteur for extra-judicial, summary or arbitrary executions, about what they hope to achieve in Burundi.

DW: Do you expect to unearth anything beyond that which is already known that could be linked to the government or the opposition? 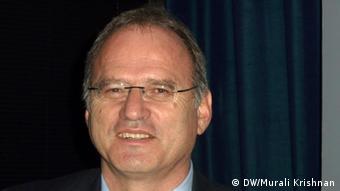 Christof Heyns is one of UN's human rights investigators in Burundi

Christof Heyns: Yes, we are meeting with both the government and opposition and we are meeting the civil society both in Burundi and outside. This is the first mission and we will be conducting further missions during the year and we hope it will be possible to shed more light what has happened and in particular to look at impunity because it's clear there have been many violations but it's not clear exactly who is responsible. The main focus will be to strengthen the system of accountability and yes, we're certain to get more information on what is going on at the moment.

Everyone is speaking about human rights violations committed in Burundi. Just how terrible are these violations? Could you be specific and give us an insight?

Well, the figures that are given and the allegations are that about 250,000 people have fled the country as refugees to neighboring countries and that something like 400 people were killed last year. These are the figures that we have given and are used by many who discuss this but we cannot say exactly those are the figures. There are also allegations that there are disappearances and torture that have taken place and these are quite serious.

What's going to happen to your findings?

How useful will your team's findings be in ending the violence and political stalemate in Burundi?

From previous experience, these sorts of missions have been quite effective in ensuring some form of accountability, which is one of the tools that the international community possesses. Of course, there's no way in which anyone can undo what has already happened, but the issue of accountability is important. It shows there's an international spotlight on what is happening in the country that adds to the sense that people are noticing what is happening.

Christof Heyns is the UN Special Rapporteur on extrajudicial summary or arbitrary execution. He is also the director of the Institute for International and Comparative Law in Africa and Professor of Human Rights Law at the University of Pretoria, where he has also directed the Centre for Human Rights, and has engaged in wide-reaching initiatives on human rights in Africa.

A team of investigators is in Burundi to probe abuses and arbitrary killings in the country that have been going on since President Pierre Nkurunziza was controversially re-elected for a third term in April 2015. (01.03.2016)