Burundi officials have discovered a mass grave with around 30 corpses in the nation's capital of Bujumbura, the city mayor said. The police suspect regime opponents of politically motivated killing. 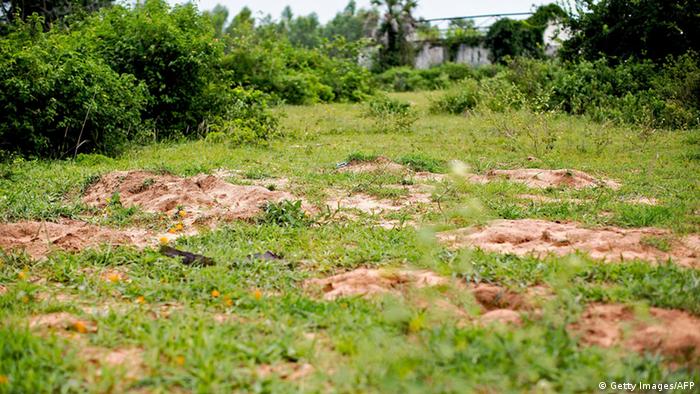 The authorities exhumed three bodies from the site in the predominantly anti-government neighborhood of Mutakura, after inviting members of the press to cover the event on Monday.

According to Bujumbura mayor Freddy Mbonimpa, one of the alleged killers "told us that there were about 30 bodies in the grave," after surrendering to the security forces. 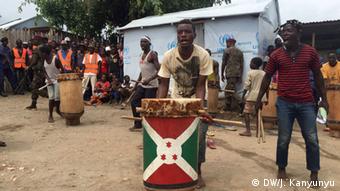 The victims presumably perished somewhere between April or May 2015, immediately after President Pierre Nkurunziza announced his plan to seek a third term in office. His announcement set off months of deadly political unrest, with government critics deeming the move to be unconstitutional.

"The murderer said they buried people there who had been killed for supporting a third term," Mbonimpa told the press.

Nkurunziza won an election boycotted by the opposition in July.

Some 400 people lost their lives during violent clashes between government and opposition supporters. Many witnesses and human right activists have accused the police and armed government supporters of killing the regime opponents, and provided information on mass graves. The government has regularly denied the reports.

In late January, the rights watchdog Amnesty International presented satellite images suggesting the existence of at least six mass graves after an anti-opposition crackdown in Bujumbura.

On Monday, Mbonimpa rejected Amnesty's accusations that the government was responsible for mass graves. Police representatives claim that people buried in Mutakura had been killed by the opposition.

Two men at the site, described by the police as the suspects, denied any involvement.

Also on Monday, the UN said it would send a three-person team to Burundi to investigate abuses and prevent "further deterioration of the human rights situation" in the country.

The three investigators from Algeria, Colombia and South Africa are due to present their preliminary findings in late March.

"We have a clear mandate from the Human Rights Council to help prevent Burundi from falling into the abyss," said Maya Sahli-Fadel, the Algerian team member.

The African Union has also announced that it would send 100 human rights observers and 100 military monitors to keep track of the situation.

Major powers in Africa and the world fear that further violence could lead to an explosive clash between the country's Hutu and Tutsi tribes.